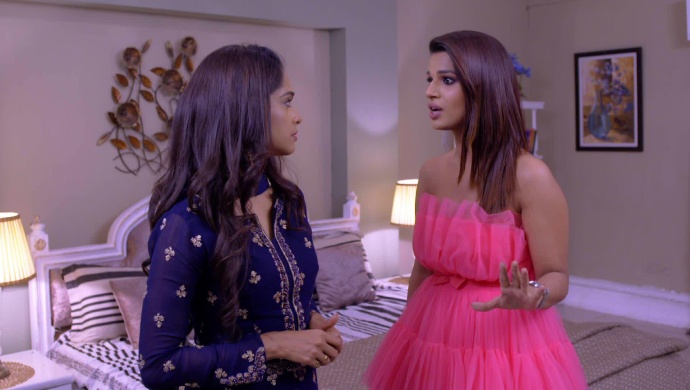 Kumkum Bhagya Spoiler: Rhea To Send Prachi Back To Jail, Plants Drugs On Her

Kumkum Bhagya has seen a quiet week after the CM’s assassination attempt. Disha has returned in Purab’s life. This makes life even more painful for Purab and worries Aliya. Abhi and Pragya miss each other and wish to be with each other. But Abhi thinks Pragya is upset with him and Pragya thinks Abhi hasn’t forgiven her yet.

The big news is that Ranbir finally tells Rhea that he loves her. But she asks him to break Prachi’s heart if he wants to go out with her. In tonight’s episode, Rhea also tells her friends to ruin Prachi’s life by planting drugs on her.

Kumkum Bhagya Spoiler: Rhea To Send Prachi Back To Jail

Aparna Mishra who plays Shahana on Kumkum Bhagya has put up Instagram stories which reveal a major plot twist. The video clip shows her on sets where a police station has been built. With Shahana at the police station one can safely assume that Rhea’s plan of planting drugs on Prachi to get her arrested has worked.

If Rhea has indeed succeeded in putting Prachi in jail, how do you think Prachi will get out trouble this time? Will everyone blame Rhea seeing her horrible plans for Prachi in the past?