Mahek says in heart I won’t let Anjali live in this house. Mahek meets Nehal and Vicky. Nehal says are you okay? Shaurya smiles. Mahek says I am pregnant. Everyone smiles. Nehal hugs her and says I am so happy.

Mahek and Shaurya go to the police station. Anjali says how did she come out of all this. WHat if I get arrested. Those girls will take my name. I don’t want to go to jail. Karuna comes to her room. she says what happened?? Anjali says nothing.

Karuna says nehal just told me mahek is fine. Anjali says thank God. She says everyone is coming home. They sounded so happy. I shouldn’t have let Mahek and Shauyra leave the house. Mahek kept everything sane in this house. All the girls thank MAhek. She says don’t feel alone.. I am with you all.

The Inspector asks how you ended up there? Mahek pretends like she is fainting. The doctor says I need to take her home. Mahek remembers she said to the girls don’t take Anjali’s name. We will expose her with proof.

Mahek comes home. Karuna says thank God you are home. Everything will be fine now. Anjali comes downstairs. She says hi bhabhi. Mahek says my whole family is with me. Anjali says I am glad you are home. Dolly calls Nehal. Nehal tells her everything. Mahek says everything is going well. Shaurya says ma tell her I want a girl.

She wants a boy. karuna says is she pregnant. Wow. She hugs Mahek. Anjali is angry. Mahek says ma we will come back today. Karuna says Anjali gives Mahek her room back. She needs a good environment.
Anjali is angry.

Mahek comes to Anjali and says feeling bad? Get used to it now. I told you I will make you pay back. Mahek says now get out of my room. She grapss Anjali’s hand and says you will pay for your sins. I have those three girls as your witnesses. Go and accept your crimes yourself. If you don’t.. Police will come and take you from here. don’t try to run. Police comes home. He says we have to be here for your protection. Mahek says to Anjali better surrender.

Mahek settles in her room. They come to happy home. All elderly peoople bid them farewell. They say we will arrange a bridal shower here. Shaurya says thank you Mahek. He kisses her face. Mahek says I hope nothing goes wrong now.

At home, Karuna says I will make kheer for Mahek. The bridal shower starts. Mahek and Shauyra dance with old people. Shaurya gets a call. he goes out to talk. Karuna says you look so pretty. I told Kanta too she was so happy. See I made this khher for you. Anjali says to Shaurya ma knows Mahek kidnapped me. She said she will kill Mahek. Shaurya runs in and says stop mahek don’t eat that kheer.

Mahek faints. Shaurya screams. He picks her up. Everyone gets worried. Shauyra calls the doctor. Sharuay says to Karuna you gave that kheer to Mahek. If anything happens I won’t forgive you. He takes a bowl for lab tests.

Anjali says to Karuna ma are you okay? karuna cries and says I am really worried about Mahek. Why is he blaming me? I can never do this. Anjali takes her home. Anjali says please calm down. Karuna says please go to the hospital and talk to Shaurya. Karuna is crying. 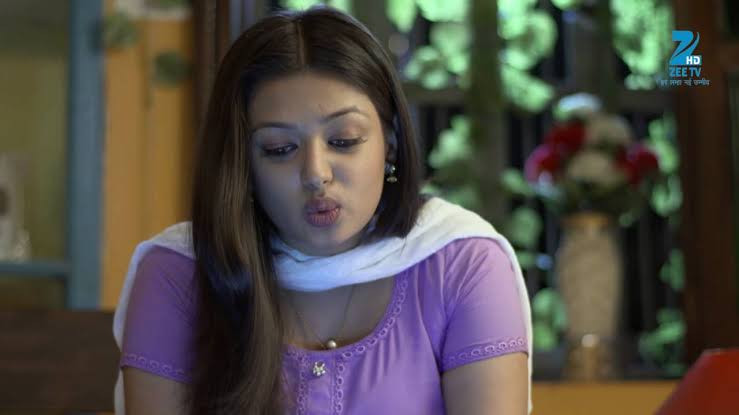 Shaurya is worried about Mahek. Nehal tells dolly Anjali did all this. dolly says she is a devil. Shaurya says how can ma do this? Dolly says ma can never do this. Shauyra says to doctor please save Mahek and the baby.