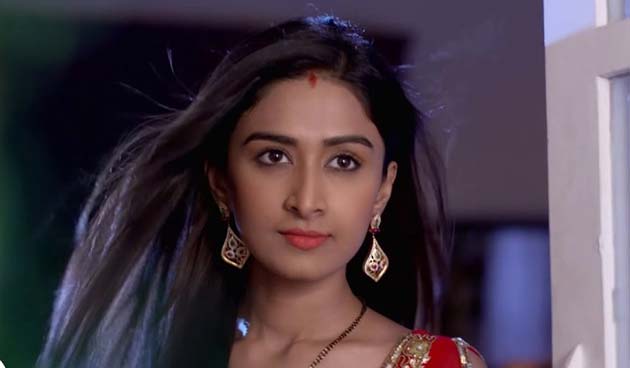 The Heir 23 October 2019 Update – Zee World – Raj thinks of Mannu. He sees Rohan taking Simran out. He stops Rohan. Rohan says I want to go away from here, you become the heir after I leave, just Simran understood me and filled my emptiness. Raj says I don’t understand, if you go ahead, I will call everyone here.

Rohan asks are you threatening me, go and call anyone. Raj asks why are you doing this. Rohan says because I love Simran. Raj gets shocked.

Its morning, Amba says we will meet in panchayat. Jagan says none knows what goes on in your mind, you are playing a game. Amba clarifies. Jagan thinks of using Simran’s blood for his cure. At panchayat, Mannu says we should postpone Simran’s marriage.

Panchayat says we have given fair chance to everyone. Mohini says we have no problem, last time Amba got a wrong guy, if you trust your choice, get a guy and get Simran married. Amba thinks why did she agree so easily. Harjeet says yes Amba, call the guy, if he is good, we will also say yes.

Amba says that guy would be coming. A car comes. Amba says he has come, he is the right guy for Simran. Chandar gets down the car and comes there. Amba thinks he is not that guy, who is he. Amba, Jagan, Mannu, Raj, Harjeet and Rohan get shocked seeing Chandar. Amba recalls Chandar. Mannu says Chandar….. Mohini smiles.

Mannu scold Raj for cheating her. She beats him. He says listen to me, I want to save Simran, not sell her, we know Chandar well, Mohini would have got any other goon, we can try to save Simran, we will save her, when Raj and Mannu get together, none can fail them. She smiles and says friends’ power. She hugs him.

She says we have to do something of mahurat, this marriage shouldn’t be today, Chandar is cheap, he can do anything. He says I have a plan. Pandit gives mahurat to panchayat. Amba worries and says stop this marriage, how can you do this. Mohini says its Lord’s wish.

Mannu comes and says this is wrong, don’t give Simran to Chandar, he has come here to take revenge from us. Chandar acts good. Raj takes Chandar’s side.

Mannu and Raj argue. Mannu says Chandar can never change, he is still a creep. Chandar gets angry. Raj defends Chandar. He asks her if she has proof. Mannu says I want 10 days to prove Chandar is a creep. Raj says she should get time, as Chandar is big saint.

Mohini thinks Preet can take much time, but I can’t let her do this, give her two days time, else Simran and Chandar’s marriage will happen. Amba worries. Raj signs Mannu.

Chandar says I want to treat Simran soon, so that she lives a normal life. Sarpanch gives two days to Mannu to prove against Chandar, if he fails, then Chandar will marry Simran. Chandar stares at Mannu and acts cheap. Mohini asks Raj to come. They leave. Amba recalls Chandar and worries.

Jagan recalls Amba and Babli’s words. He acts unwell and calls out Babli. He apologizes to her. She feels sorry to fool him and thinks to tell him truth. He thinks she will tell me truth now. She thinks to tell him everything true. She sees him in mirror and thinks he is acting to make me admit truth, I will teach him a lesson. She says what can I do than praying to Lord, I m very young. He asks don’t you have to say anything. She signs no. He gets up and goes. She laughs…The Heir 23 October 2019 Update – Zee World

Rohan beats up Raj. Raj asks him to listen, run away with Simran, Mohini and Harjeet will kill you and Simran, what will people say, do you want to repeat what happened with Raman, trust me I m alive and won’t let Simran’s marriage happen.

Rohan asks what way do we have. Raj says Preet and I won’t let this marriage happen, none can snatch Simran from you. Raj hugs and promises Rohan. Chandar says I will take you this time, its been 10 years, you will just be mine Simran, I will settle scores and get interest too. He sees Simran and Mannu’s pics.