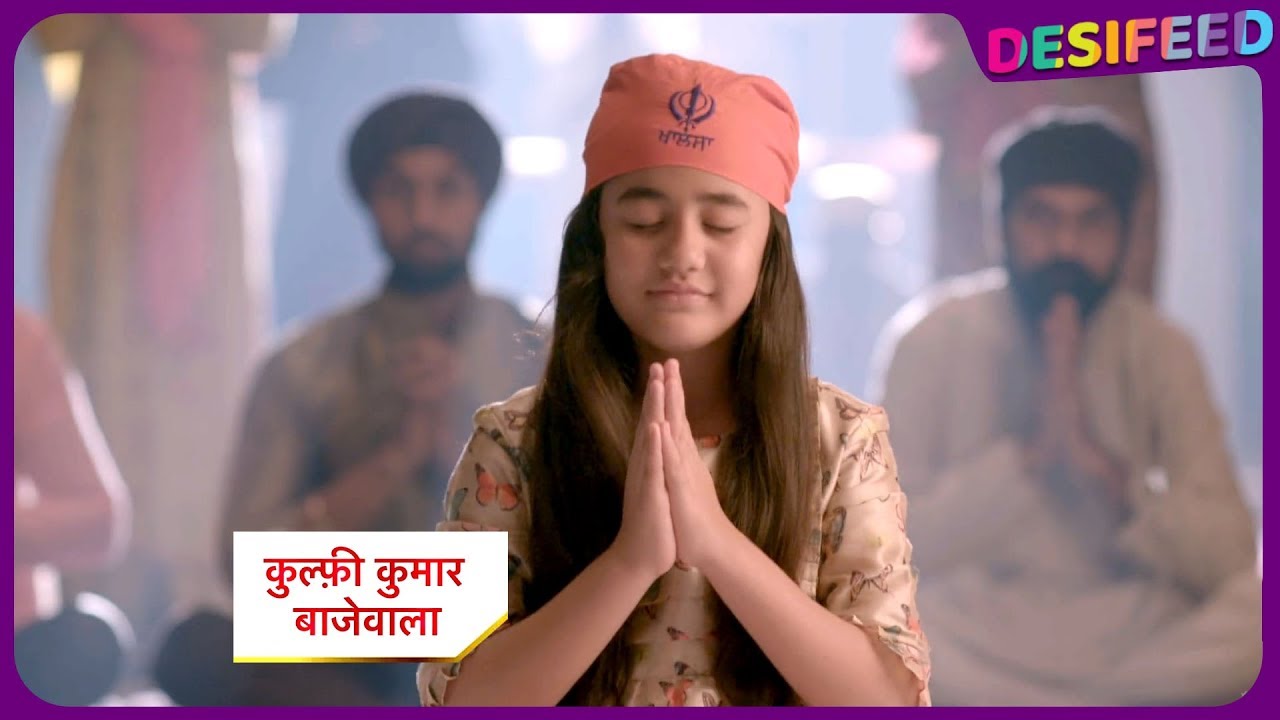 Kulfi The Singing Star 21 November 2019 Update – Rocket goes in search of Pakya when he finds him, he asks if he knows sikander. mean while Kulfi is on stage to sing, Kulfi starts singing in tears, Bhola stands aside and listens to her, Kulfi thinks of sikander, Bhola joins her to sing, Kulfi is shocked to hear sikanders voice, she starts looking for him around, Bhola tries to get to her but servants take him away. Kulfi starts thinking was that her imagination or was it really her father?

Pakya tells rocket yes he sold sikander, rocket says okay and leaves. Pakya says the person I sold drugs was not sikander but Chandan, Pakya says Chandan has entered sikanders house, he will make his daughter sing and earn money and his face has become just similar to sikanders. Rocket hears all this he stumbles,and Pakya sees him.

Manager scolds Bhola, and asks him to leave, Bhola asks him for food, but manager pushes him away, Bhola say is worked give me food atleast. Pakya follows rocket. Kulfi is praised for her singing by birthday girls father and says the person with you also singed well, he sang just two lines but very well, Kulfi gets very happy, to know it wasn’t her imagination but reality. Chandan drags kulfi away.

Rocket hides from Pakya. Pakya catches rocket. Bhola gets home and sees Nandini worried, nani asks Bhola did he get food, Bhola says I couldn’t, but got some sof,have this, I made an mistake again Nandini, why do I keep ,along mistakes, im sorry and leaves.nani says don’t you remember the past mistake Nandini, your husband torchered you when you loved him a lot and now again this Bhola, he isn’t your responsibility so leave him, it will be better for you and Pakhi.

Nandini walks to Bhola and thinks is Aai saying right. Kulfi makes Zinda a call, and asks where is rocket,Zinda says I don’t know where he is, he hasn’t left, Kulfi says I don’t know as well, first my father and now rocket. Rocket trapped and hears Pakya talk about Chandan as sikanders duplicate and decides to inform kulfi. Lovely starts looking for clues for why is sikander behaving so weird, Lovely finds tablets and says these aren’t doctor prescribed why is sikander having them.

Bhola and Pakhi together, Pakhi tries to console Bhola, Bhola says I will try again, Pakhi says not today it’s, sports day today, nani asks Nandini has she fallen in love with Bhola, Nandini says what stupid questions are you asking, nani says if this is so don’t interrupt I will do what I have to. Rocket sees mobile on table and with struggle gets it. Rocket makes kulfi a call. Kulfi amyra and Chandan having breakfast. Rocket prays kulfi to pick call, Kulfi thinks is it rocket.

Amyra says who it must be calling so early, Kulfi thinks it must be rocket and goes pick the call, rocket hears kulfis voice and says you can’t tie me, I just came for information and gave money too.

Nani says I have found hospital for Bhola, he will be admitted there, and Pakhi someday has to get away from him, Nandini says both will be disturbed, nani says like you are pakhis mother I’m your, I can’t see that, and you look after Pakhi she will be busy at sports day I will leave with Bhola to Kolhapur, rocket gives address too Kulfi while talking. Chandan asks whose call, Kulfi says the voice can’t be heard. Kulfi The Singing Star 21 November 2019 Update

Nandinis husband, lovely says my husband has similar voice, can you please give Nandini phone, bhola says no she is in race not now. Nani walks to Nandini and says when you two are in middle of race I will leave with Bhola. Bhola cheering for Nandini and Pakhi. Kulfi finds rocket trapped, she makes her way through an window and signs rocket.

Race begins, Nandini disturbed, nani walks to Bhola. Nandini and Pakhi stumble, bhola rushes to them. Bhola picks Nandini and takes Pakhi on her back and completes the race. Bhola and Pakhi celebrate,Nandini scolds what if you would fall with both of us, Bhola says not a chance when I’m there, others say you cheated,

Bhola says how come, I crossed this line first. Others say you entered race from middle, and then insult Nandini, Bhola feels bad and ask why are they talking bad, Nandini covers for him and says how shallow is your thinking, just because he is unwell, how can you insult him, he looks after my house so that I can fulfill my dream to be a doctor, he is the best husband. Kulfi The Singing Star 21 November 2019 Update

Kulfi frees rocket but hear Pakya and Chandan voice. Lovely looking for tablets sees them on dinning table and thinks who might have consumed them and sees gunjan unconscious on floor.