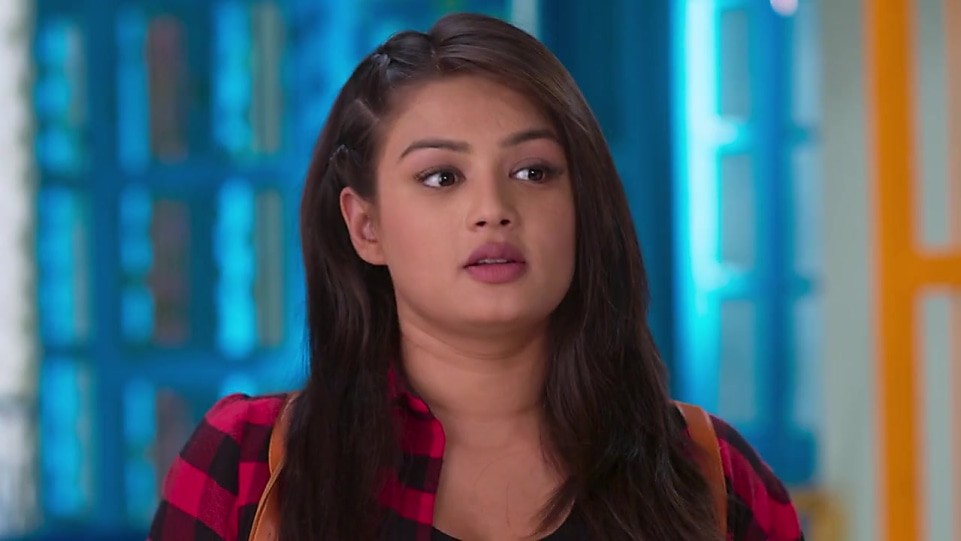 Mehek 15 November 2019 Update – Shaurya hears a man talking that the lady has to prove herself in bedroom if she wants to become a star. He gets angry and searches Mahek on the road. Svetlana tells Mahek that she will get her ready. Shaurya calls Mahek, but she rejects her call. Shaurya says if I reach her before time then can stop me. Svetlana says today is precious day for you and tells her that Shaurya is jealous of you, and asks her to take a decision and decide with whom she will hang out. She advises her to stay away from Shaurya.

Mahek says I have seen his real face before you told me. Shaurya comes to Mahek’s house. Sirji shows boxing competition certificate to Sarita. Shaurya asks them where is she? And tells that he cares for her and tells that she is stuck with bad people. Sarita tells Sirji that they shall tell him.

He tells that Shaurya was the one who had kidnapped her and asks him to leave. The girl in the house stop Shaurya and gives his phone. She then locks the door. Shaurya thinks what to do. He gets girl’s message.
Angraj comes to Rahul and Surbhi’s room and take out their blanket. Rahul asks what is this bad behavior and asks if he is after brother’s wives. Angraj keeps hand on his mouth and asks Surbhi to bring make up kit.

Rahul asks what happened? Angraj tells everything. Rahul asks why do you take drugs when you can’t handle. Angraj says he wants Pooja to be beautiful.

Svetlana takes Mahek to beautician / designer and asks her to get her ready for page 3 party. Stylish tells that it would be difficult, but he will manage. Shaurya calls Svetlana and tells that CEO is bad and has eye on Mahek. He asks her to save Mahek. Svetlana says I can’t hear you and disconnects the call. She thinks Shaurya will hate you.

Beautician gets Mahek ready for the party. Shaurya calls Mahek still. He calls Saurab and asks him if he got an invite for CEO’s party. He thinks he won’t let anything happen to her. Mahek comes to the party wearing a short dress with Svetlana. CEO poses for the pic and looks at Mahek, says she is hot. He asks his man to do something. Mahek is uncomfortable wearing short dress. Svetlana asks her to make contacts with them. She says they are rich and can change your life. Shaurya manages to come inside indisguise of a waiter. CEO holds Mahek’s waist and says this party is for you.

Mahek is uncomfortable sand says this party is for you.. Shaurya comes to the party. Girl asks Sarita if she is fine. Sarita says sir ji is out and tells that Mahek is outside. They worry about Mahek. CEO offers drink to Mahek, but she have water. He forces her to have champagne. Mehek 15 November 2019 Update

Mahek refuses and says she don’t drink. He asks her to drink and forces her. Shaurya comes there and throws the glass. CEO asks who called you here and asked Svetlana. Shaurya says I am close to both and tells that she is special to her. CEO calls off the opportunity to Mahek. Mahek asks him not to do this and asks Shaurya to leave. She tells him that she knows his truth and is about to drink, but Shaurya throws the glass. CEO asks Mahek to dance. Mahek agrees. Shaurya asks her to dance with him, but asks him to be in his limits. Shaurya gets tensed. CEO asks if she is enjoying the party. Svetlana asks him to agree that he is jealous of her.

Svetlana grabs Shaurya who is going to Mahek. CEO pulls Mahek closer and asks if she enjoys parties? Shaurya says to Svetlana that CEO is a cheap man, why are you sending Mahek to him? Svetlana says you are jealous of her success, you cant bear that she won, till you were getting the contract, it was right but now Mahek is getting it so its wrong? if you worry about Mahek then leave the party. Shaurya says I am going to her, you cant stop me. He goes to CEO and Mahek and pushes CEO away from her. All look on.

Mahek says this is my life. I can do what I want. Shaurya says I wont let you stay here. Mahek says go from here. The CEO says I am off now. I am going to my room. Mahek lets go to my room and discuss the deal there. Suvetlana says I will come as well. He says you stay here and handle that Shaurya he might come back. Shaurya says Mahek he is a wrong man dont’ go with him.

The CEO says do you wanna listen to him or discuss the contract with me? Mahek says he isn’t my friend. Lets go. Shaurya says Mahek you are doing mistake. The watchmen pull shaurya our. He shoves them and tries to go in. the grasp him. Somoene hit Shaurya on head and he faints. They lock Shaurya in a room. Suvetlana says my plan is going as I thought. Mahek will even hate Shaurya’s name.

CEO says Mahek come in. Don’t be shy. He locks the door. Mahek sits uncomfortably. He says be relaxed. He makes her sit on the bed and drinks. CEO says not everyone has this passion like you. He says every path to success if full of twists and turns. He touches her face. Mahek coughs and stands. He caresses her shoulder and says we will be close today. I saw you and know you are special.

The CEO says we have to know each other Mahek. Don’t be shy. What do you want? Success right? We all have to pay a price. Mahek recalls what Saurya said. Mehek 15 November 2019 Update

Sajita says Shaurya isn’t picking the phone. Lets go there. Swati says we can’t go there.
Sajita says what is what shaurya said is right? His phone is off as well and so is Mahek’s. Sharam says you both trust Shaurya? You told him her address?? He will go there and mess everything. Sajita says its about mahek. He says I will have to call Suvetlanaa.

Sharma says mahek is locking a big deal here and you have a problem? You can’t come in here. Sajita says we can only come and wait for her outside. Suvetlana says she sure will come to meet you out and guests will find it rude. Sharam says its okay we wont come.

Shaurya’s is fainted. His phone rings. Shaurya says open the door. CEO says if you dont’ spend the night with me I wont give you the contract. Mahek says I wanna go home. She says so you want to give me contract for doing all this? Shaurya knocks the door and says open the door. Help please.

CEO says dont’ act like a child Mahek. You know why you are here. Its all give and take. Shaurya tries to go out. HE says you are not the first one. There a lot of girls who have benefited from it. Mahek shoves im and says you think you could do this. Let me tell you how good of a boxer I am. Mehek 15 November 2019 Update

Mahek goes out. Shaurya asks receptionist for Chopra’s room number. He goes upstairs. Shaurya asks butler where is chopra? He sys I think he had fun with the girl here. Shaurya says mahek how can you stoop so low. Mehek 15 November 2019 Update