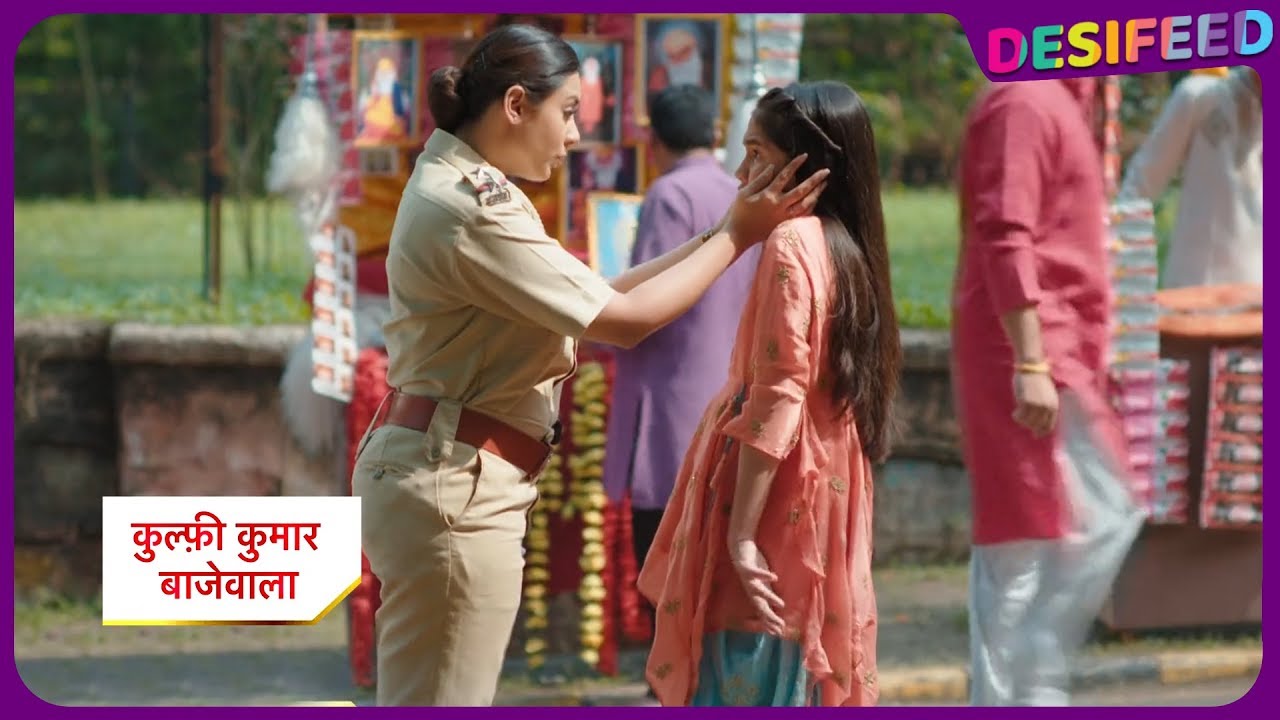 Kulfi The Singing Star 6 December 2019 – Kulfi and Sikander feed eachother, Kulfi says you are my guru and my baba he can’t. Vikram says Mia have a really good gift for you, I’m gonna train kulfi and then as she will be famous you can tell media she is his step daughter. Mia says stop it I know it’s your revenge,Vikram says you are right.

Vikram says Sikander you destroyed my career, Tony Chaddha had signed me, but you married his daughter and all my fame and offers went to you, I asked you for help but you didn’t, sikander says I did, Vikram says shut up, you want Kulfi, then go prove your family then come to me, your family doesn’t trust you why will I.

Sikander shows Mohendar a locket and says I had given it to amyra and had promised that will always support her, and this one is for kulfi, and asks kulfi do you trust your father, Kulfi says yes I do, sikander says this is your right, which I could never give you but it’s your now, amyra says no and throws it, and says she gets nothing because I’m your only daughter, sikander says enough amyra,

Mohendar says look Kulfi will never get anything with you, sikander picks the locket, he takes off his bracelet and fixes the locket, he ties it on kulfis hand, sikander says you guys do whatever you want to, nothing can change the truth that she is my daughter and we will always be together.

Kulfi very happy gets to her room and narrates whole story to Jonny and shows him bracelet. Sikander explains Amyra her behaviour isn’t done, he loves her equally. Amyra says I know she is very sad, you are so affected by her, but no one understands me, sikander hugs amyra. Sikander slowly sneaking to kulfi sees Mohendar and hides, after Mohendar leaves sikander goes to kulfis room and finds her asleep, Kulfi wakes up seeing sikander.kulfi asks did anyone see you, sikander says no, I thought Mohendar did but he didn’t.

Kulfi says don’t worry, Mohendar uncle will patch up with you soon, sikander says I know, Kulfi falls asleep. Vikram to Mohendar and gunjan that kulfi has to sing in an elite wedding, sikander says she won’t sing in any weddings.

Sikander says Kulfi won’t sing in any weddings, in my house music is worshipped, and in weddings music is not respected, Vikram says these things are just to say, you are such a hypocrite, you and amyra can sing in wedding but kulfi can’t. Sikander says what’s wrong, this is not true, Vikram says ask your daughter Amyra, Amyra says my manager has decided we will both sing in same wedding as duo, sikander asks what who, Amyra says mom is my manager, Sikander says all stay here and lovely come with me, Kulfi thinks what is all this confusion. Kulfi The Singing Star 6 December 2019 – StarLife

Mohendar says Vikram I have few questions what is kulfis benefit in this, Gunjan take Kulfi in her room, Vikram says no need, let things be transparent. Lovely says I know this industry, we will use this opportunity for amyra, Sikander says you know this lovely, I have fought against this a lot, it’s against my principal, I launched them together to bring them close and not male them work.

Vikram says the wedding is Jimmy Gazdar he will know her talent and kulfi doesn’t have sikanders name, world will know she has earned it and not got it. Kulfi The Singing Star 6 December 2019 Update