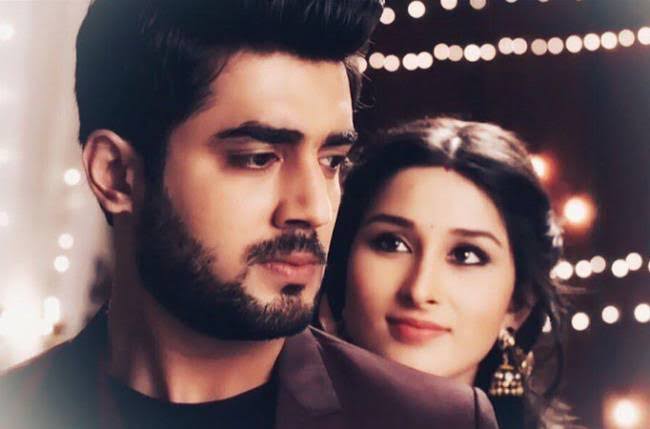 Deception 10 January 2020 Update starts when Pooja trys to convince Satish and says she will do job. Anuj says no and says he don’t want her to leave studies. Pooja says she will study through correspondence. Kusum tells Satish that Pooja got a good opportunity and asks him to let her work. Pooja asks Satish to agree and says she will get her mami this way. Harish tells Supriya that he is sure that she will treat Pooja as a guest.

Naren asks why they are getting the place cleaned for a helper. Harish doesn’t answer. Naren says atleast you didn’t get angry on me. Kusum gives tiffin to Pooja. Satish comes and tells Pooja that he will also come with her. Neelima comes to know about the helper and asks Rahul. He says he is not interested in her politics. She thinks to go home and shock everyone.

Pooja in car thinks how will Satish react knowing about her job. Neelima tells her husband Hardik that they shall go back home as he is unwell. He says he will inform harish. She asks him not to trouble him and will surprise them.

Pooja gets ready and covers her head with dupatta. Harish tells that they will tell everyone that she will be Supriya’s helper and that he don’t want anyone to know about her and that’s why he will tell that she is an orphan and less educated.

Hardik, Neelima and Rahul come home. Hardik falls. Neelima asks why there is so much water here and who called ice here. Naren says he got it. Neelima asks why? Naren looks at her and goes. Hardik says today is Thursday.

Supriya brings Pooja home and tells that there will be no body at home. Neelima comes and asks who is this girl? Harish comes and says she is a helper. Neelima says servant. Pooja looks on. Supriya asks where is Naren? Neelima says he is in his room and says honestly she is getting afraid of Thursday. Harish asks Neelima how did they return soon.

Neelima tells that Hardik got unwell and they have to return. Harish asks her to take care of Hardik. Neelima thinks servant is beautiful.

Satish comes home. Kusum tells that those people are good and will take care of Pooja. She goes to see Anuj. Satish that he saw his didi’s reflection in Pooja and decides not to let her stay there for long.

Deception 10 January 2020 Update ends as Anuj comes to Pooja’s dance class. Teacher informs the students that they will have a new teacher and pooja went. Anuj gets sad. Pooja sees her family pic. Supriya comes there. Pooja asks about Thursday. Supriya tells her that Naren keeps nirjala fast today and hurts his body a lot.