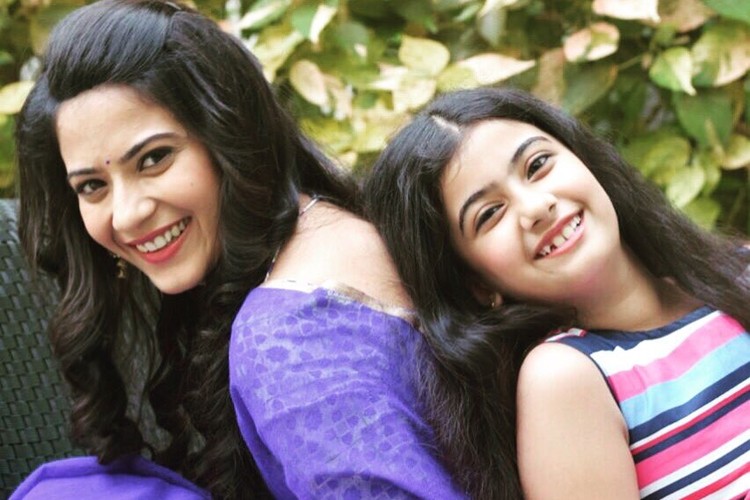 Gangaa 8 February 2020 Update On Zee World Ganga turns to Shiv and clarifies she would leave this house after a month. Shiv stops Riya from going behind her, he requests his family not to force Ganga. They hear a clatter in the room and stops his family from going there. Ganga throws her item, bangles and other luggage off the cup board and says these doesn’t belong to her.

Shiv picks her favorite bangles from the floor and asks what she lost. Ganga turns around and asks him for a white saree. She comes to him and clarifies she wants to be Sagar’s widow, how can he snatch this right. Shiv recalls Sagar’s last wish that Ganga always be a bride.

He tells Ganga she is the daughter in law of this house, it’s difficult for her to forget whatever happened but they can begin new relations. Ganga interrupts saying she doesn’t wish to join any new relation. She denies staying in the room and brings her bag outside, she announces she would stay in this yard for one month. She is doing whatever she considers right. She cries sitting there on the floor.

In the evening, Shiv thinks everything has changed. He smiles recalling his times with Ganga. Kushal comes to speak to Shiv that Ganga considers him as a culprit of Sagar. He must share with Ganga about Sagar’s promise. Shiv forbids Kushal to share this with Ganga. Kushal says she would always hold him culprit. Shiv says Ganga has a self-respect, she would be burdenize and broken if she finds about Sagar’s promise.

Shiv says he didn’t understand himself as much as he understands Ganga. It is time that would heal Ganga’s wounds, he will try to bring her back to life. Kushal wonders till when he would bear her anger, Shiv says until she makes up with him.

Ganga cries thinking about her childhood with Sagar. Shiv sat in the other room. Dai Maa brings food for Ganga and requests her to eat a little. Ganga cries denying to eat. Dai Maa places the foot plate and leave. Shiv sat with Ganga’s bangles in hand. Ganga thinks about Sagar and cries.

Kushal comes to Shiv to inform about all the arrangements for tomorrow. He asks Shiv to come home, but Shiv was still in Math. Shiv wish what he wants to do tomorrow must happen well. Shiv returns home to find Ganga sleeping with her head on grain bags. He covers her with a shawl.

Ganga wakes up the next morning and finds herself covered in the shawl. She tells Dai Maa to take the tea. Dai Maa says Shiv made this tea for her, and says it’s for her better. Shiv comes in with the bucket of water. Ganga comes to forbid him bring this tea and biscuit for her again, she doesn’t accept this. It suffocates her that he filled her hairline with sindoor.

She asks why he went against her will if he really cared for her. Shiv brings the plate of tea and biscuit for Ganga and requests her to eat this, later they need to go somewhere as well. Ganga throw the plate on floor denying to go with him.

Shiv holds her hand and drags her to the car, and tells Dai Maa to get some fruits to the car. She would eat if she is hungry on the way. He carries Ganga to the car in spite of her resistance and ties her hands. Riya and Kushal comes to inform Shiv its done, and hurries inside. Jhumki and Savitri were skeptic.

Shiv brings Ganga to a temple and hands her a bag. Ganga opens the bag to find Sagar’s astia. She cries holding the pot. Gangaa 8 February 2020 Update On Zee World

Shiv was hurt watching Ganga cry holding the Astia close to her heart. She walks to Shiv and thanks him for this respect, she would always remember this. But he must not try to fill colors in her life, he shouldn’t tie her into a bond against her will. She requests him to let her go.

At home, Kushal leaves as they watch Ganga making her beddings. Shiv tells Ganga to go to guest room as he has already made the arrangements for her. Ganga asks if he would enforce her to stay where she must. She joins her hands for him not to worry about her and lay there in the open yard.

Shiv leaves. She feel some filling the yard. Shiv comes to Kushal on the other side of yard and burn the coal in a pot to create more smoke. Ganga calls Dai Maa and asks her about the smoke. Shiv cleans the area and walks away. Upstairs, Kushal had understood he created all that smoke not for mosquitoes but for Ganga to move to the room. Jhumki heard this all and runs away as she watches Ganga coming upstairs.

Jhumki cheers about getting a chance to do something. She comes to Ganga with water and says Shiv sent it. Ganga denies taking it. Jhumki says Shiv didn’t want her to stay in the yard, he spread the smoke there and sent her upstairs. She says Shiv has brought her home as his bride, now he would win over her within one month. Ganga forbids Jhumki to use her brains, she never wants better for Shiv. She shouldn’t push her against Shiv. Jhumki tells her to come with her near the window, downstairs Shiv was walking with the coal pot. Jhumki says Ganga is quite sensible herself and leaves her thoughtful. Gangaa 8 February 2020 Update On Zee World

Shiv lay on the floor in the room and miss Ganga on the other side. Ganga opens the door and stood there. Shiv asks what happened. Ganga asks if he really trust this marriage. She asks what he wants from her. Shiv replies he only wants to see Ganga happy and be her side always. He wants to fulfil all of her wish and need.

Ganga demands him to do what he is saying. She removes her mangal sooter and says it’s her and Sagar’s mangal sooter. It holds three stones of Shiv’s name. In next seven days if he comes up to all of her given testimonies she would wear this with seven stones but if he fails, he must free her from this bond forever. Shiv holds the mangal sooter accepting the challenge. Gangaa 8 February 2020 Update On Zee World

The next morning, Shiv was praying in the yard. Ganga takes Sagar’s photo from her suitcase and speaks to it, Ganga belongs to Sagar and no one can snatch her right of being his widow. She takes a white saree and considers it a reality of her life. Shiv prays for the strength to fulfil promise with Sagar. He would fill Ganga’s life with love, colors and happiness. There, Ganga says she would fight the one who tries to fill her life with colors. Today begins the fight between her and Shiv and until she wins, her tears, her pain and this white saree is his.

Everyone in the hall hear Ganga selling her sarees on a stall calling about a sale. Shiv also comes out and was shocked to see Ganga calling customers. Jhumki enjoys the new drama. Savitri curtly says Ganga is wearing such modern saree in this village. Ganga comes to correct Savitri its not wrong to be modern, she always wear such clothed; they put her in their colors only because she didn’t remember anything. She welcomes the ladies as her customers. The ladies gossip that wife of MathaDesh is selling sarees, she doesn’t care about Shiv’s respect. Riya comes to question Ganga what she is doing.

Ganga says she thought a lot and decided to stay simple from now, what she would do with all this jewelry. Savitri comes to shout at Ganga, Ganga clarifies Panchait only ordered her to stay at their house. Ganga comes to tell Shiv she has a self-respect, she can’t take something from anyone and has to earn for herself. Savitri instigates Shiv asking if they can’t provide her food from their house.

Ganga says she isn’t related to them, how she should eat at their house. Shiv stops Savitri. Ganga questions if Shiv’s family is disgraced this way, he should shout at her and show her anger. She remembers he had promised to protect her respect. She tells him to break his promise if he is really angry.