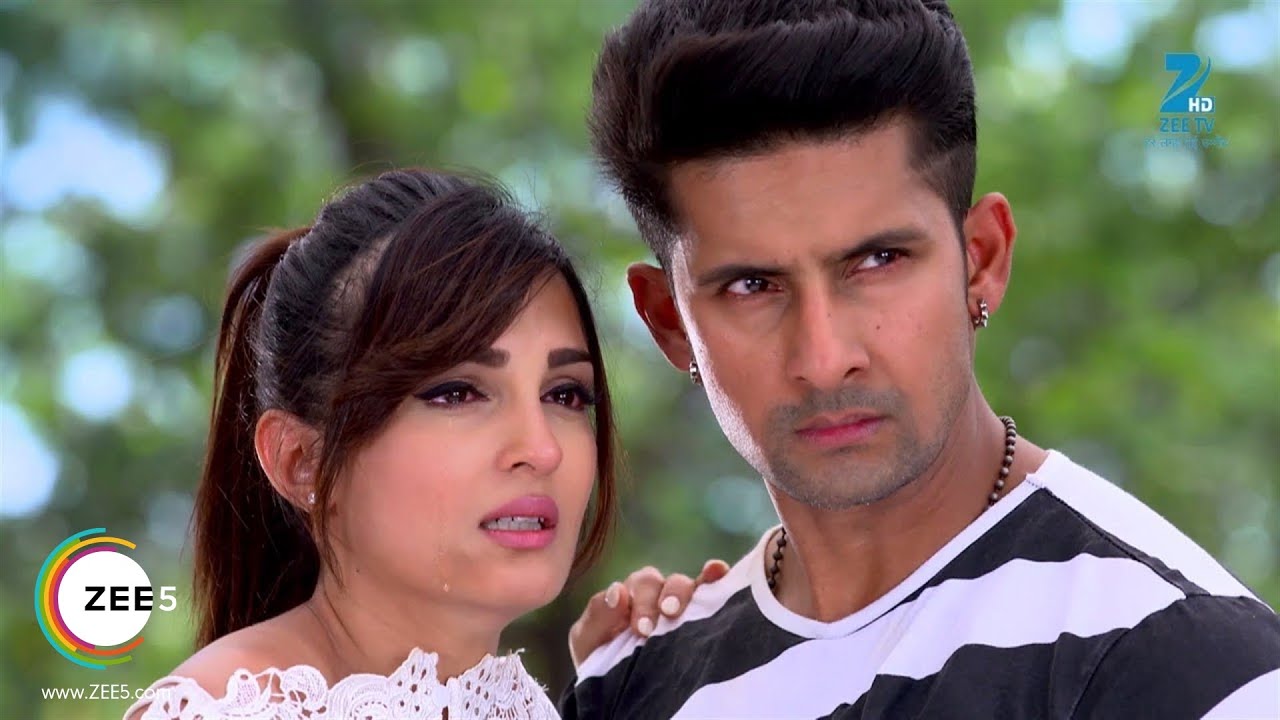 King of Hearts 4 February 2020 Update Satya seeing Dhruv with Sunaina. He asks him who is she? Sunaina gets a message and tells Satya that she is Dhruv’s doctor and came to treat him. Dhruv says she is his physiotherapist. Payal tells that they are getting late. Sunaina sits in car.

Satya asks her to tell the truth and asks about the message. Sunaina tells that she got message from her patient. Mahi asks Satya why he is doing this and asks him to think about Kajal and Gangu Tai. She gets Kajal’s call and asks them to come. Mahi says we are coming.

Mitul asks Kajal, what she will eat? Payal threatens Dhruv silently not to do any mistake. A fb is shown, Payal sends message to Sunaina threatening her not to tell anything to Satya if she wants her mum’s life. Sunaina gets shocked reading it and lies to Satya. Payal gets her mum kidnapped. Fb ends. Payal tells Dhruv that she keeps such people under her feet like insects.

While everyone is having icecream. Mitul makes icecream falls on Mahi unintentionally. Mahi goes to wash her dress. Dhruv comes and holds her hand. Mahi is shocked to see him and asks you? Dhruv asks her not to worry and says I will clean. He says I did internship in detergent factory and knows how to clear the stain. Satya comes there and asks if everything is fine. Mahi tells that icecream fell on her dress. Dhruv says your stain is gone. King of Hearts 4 February 2020 Update

Satya and Mahi are returning back home. Mahi thinks about Dhruv’s behavior and thinks she can’t tell this to Satya. Everyons is busy in the arrangements. Dhruv stares Mahi again. Kajal asks Dhruv which dress to wear. Dhruv imagines Mahi wearing pink dress and asks Kajal to wear it.

Kajal gets happy and goes. Satya falls and Mahi holds him. Satya says I fell for good. Dhruv gets jealous and breaks the glass in his hand. He gets a call and goes to attend it. Satya and Mahi looks on. Satya tells Mahi that they have to find about Sunaina.

Kajal comes and asks Satya if he can’t see her happiness. She says I supported you when you married Mahi, then why can’t you. Satta asks her not to say such words which she can’t take it back. Kajal says I will not forgive you if you breaks my marriage and goes. Mahi tries talking to her. Mahi tells Satya that they shall follow him. She tells Gangu Tai that she has some work and going with Satya to Market. Payal thinks where they are going? King of Hearts 4th February 2020 Update

Satya and Mahi follow Dhruv. They get inside the house breaking the door. Satya asks Dhruv with whom he was talking to. Dhruv makes an excuse. Someone comes and gives ring to Dhruv. Payal, Gangu Tai and others come there. Dhruv asks why Satya is doubting on him and says he came to buy ring for Kajal, and asks if he wants to beat him, then just beat him, but don’t doubt daily.

Gangu Tai asks Satya why he is doubting on her real Satya, her son and says you are hurting me doubting on him. She asks Satya not to doubt him. Kajal tells Satya that she will not forgive him and says he called us here to give surprise and give this ring. She throws ring on Satya.

Satya feels bad as nobody is trusting him. Mahi comes and asks him to wear googles and tells that Gangu Tai and Kajal are blinded by Dhruv and couldn’t see his truth, they have no reason to doubt him. Satya says from where to get proof against him.

King of Hearts 4th February 2020 Update Mahi says everything will be fine and asks him to search his real family and divert his attention. Satya says since dad died, there is no address of Dada ji Raj Khurana and someone is taking care of my business.

Dhruv comes to Mahi’s room and touches her head with lust, while staring her. Mahi gets up. Dhruv escapes. Mahi thinks Satya is sleeping and thinks who touched her then. She thinks about Dhruv and then thinks it is just her misunderstanding. Dhruv hides and smirks.

Everyone is enjoying roka ceremony of kajal. Mahi brings sweets. Kajal refuses. Mahi says today is big day for you and we want you to have sweets. Kajal eats sweets. Mahi tells Satya that they have to be happy for others’ happiness. Satya says I have done this all my life. Mahi makes him have sweets. She comes to Kajal. Dhruv touches her waist in bad sense.

Mahi is shocked. He tells that he saved her dupatta from falling in mehendi. Mahi is embarrassed and shocked. Later Dhruv asks Mahi to come and dance with her. Mahi says later.

Dhruv touches her again which makes her doubtful. He stares her. Mahi goes to Payal and tells her everything. Payal asks are you sure? Mahi says yes, I can’t tell Satya, else he will get angry. Payal says may be it is a misunderstanding and asks her not to tell anything to Satya. Mahi says may be I am thinking much. Payal thinks Dhruv will expose him. Mahi says lets dance.

Kajal dances with Dhruv. Satya gets a call. Dhruv touches her waist and says your dewar is dancing with you. Mahi is uncomfortable. Satya comes and slaps Dhruv. He says how dare you? Do you think I am blind. Dhruv asks what did I do? Kajal asks him to leave Dhruv and asks have you gone mad? You didn’t think about me once. Gangu Tai slaps Satya hard. Satya is shocked.

Dhruv smiles. Gangu Tai asks if he is so jealous that he couldn’t bear and that’s why taking out his anger on Dhruv. She says I told you that it was my mistake, and says Dhruv is innocent.

Kajal says truth is that you couldn’t see my happiness and asks him to go away from there, and not to attend her function. Mahi says Kajal is right and says every brother should be with his sister at this time. She says you can’t stay here and have to go. Satya is shocked. She holds his hand and takes him from there. Satya asks Mahi to listen to him. She closes the door on his face.

Later Mahi comes to Satya and tells that she didn’t support him then as they need to protect Kajal else she would have to leave with him also. A fb is shown, Mahi asks Satya to go and find proofs against Dhruv, says we have to stop this marriage. Fb ends. Satya tells Mahi that he will find the proofs and don’t let this marriage happen. Dhruv thinks to take revenge somehow. King of Hearts 4 February 2020 Update

Kajal gets ready for marriage. Mahi says I will help you. Kajal refuses to take her help and asks Gangu Tai to tie her necklace lace. Mahi apologizes to Kajal and says you knows well how much Satya loves you. Gangu Tai says if he really loved her then he would not have hurt her. She asks Kajal to get ready for marriage. Satya comes to the hospital and asks about Dr. Sunaina.

King of Hearts 4 February 2020 as the nurse says she doesn’t work here. Satya asks are you sure? She says yes. Satya thinks to find out. He comes to Sunaina’s house and sees someone sleeping on bed. He hides and tries checking for proofs. He gets a diary in which he finds Dhruv and Sunaina’s pics. In one of the pics, Sunaina and Dhruv are wearing garland. Satya thinks to tell everyone.