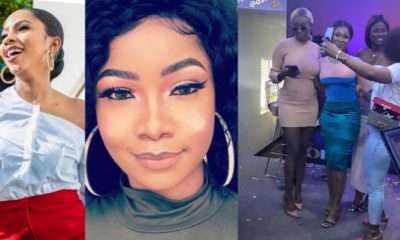 Former Big Brother Naija housemate, Tacha has finally reunited with other housemates including Mercy, Isilomo, Frodd and others at the DSTV office in Lagos.

Recall that, after Tacha’s disqualification from big Brother’s house, people opined that the housemate may never be able to relate well with other housemates.

Her disqualification sparked uproars with so many people throwing cash gift at the self-acclaimed Port-Harcourt First Daughter and blasting her later on.

However, Mercy who was given two strikes for her behaviour told Big brother that she liked Tacha from day 1 in the show and would be friends with her despite the fight. 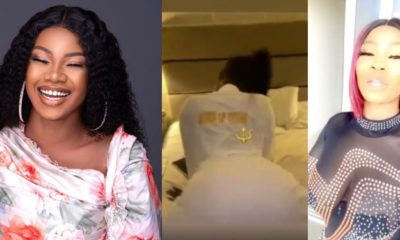 Tacha twerks up a storm in a new Instagram video

BBNaija 2019 Start Date Revealed, See Theme And Where To Watch