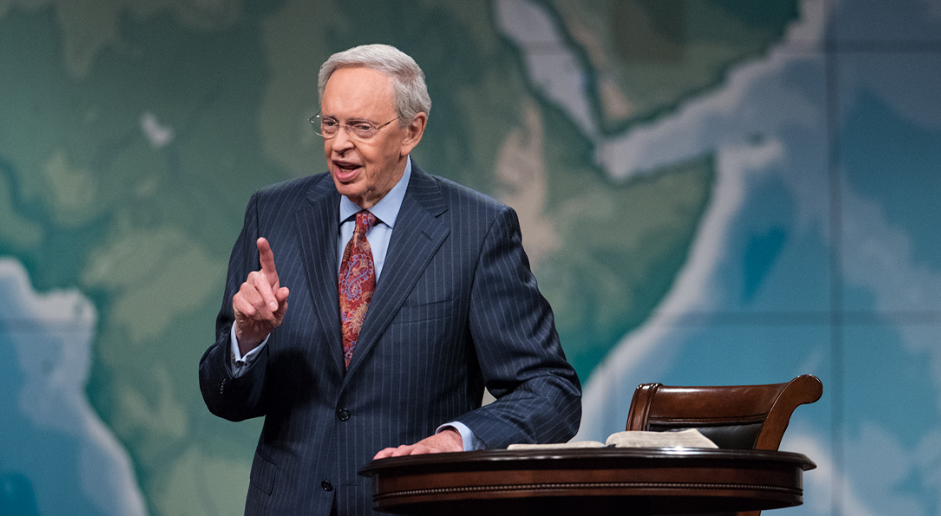 Read and Study Today’s Dr Charles Stanley’s In Touch Daily Devotional for Friday 6 January 2023. May the Lord bless you through this powerful and Inspiring Devotional Message

Today’s Topic: Taking Risks
Facing danger with the Lord is always better than seeking safety apart from Him.

9 And Saul, yet breathing out threatenings and slaughter against the disciples of the Lord, went unto the high priest,

2 And desired of him letters to Damascus to the synagogues, that if he found any of this way, whether they were men or women, he might bring them bound unto Jerusalem.

3 And as he journeyed, he came near Damascus: and suddenly there shined round about him a light from heaven:

4 And he fell to the earth, and heard a voice saying unto him, Saul, Saul, why persecutest thou me?

5 And he said, Who art thou, Lord? And the Lord said, I am Jesus whom thou persecutest: it is hard for thee to kick against the pricks.

6 And he trembling and astonished said, Lord, what wilt thou have me to do? And the Lord said unto him, Arise, and go into the city, and it shall be told thee what thou must do.

7 And the men which journeyed with him stood speechless, hearing a voice, but seeing no man.

8 And Saul arose from the earth; and when his eyes were opened, he saw no man: but they led him by the hand, and brought him into Damascus.

9 And he was three days without sight, and neither did eat nor drink.

10 And there was a certain disciple at Damascus, named Ananias; and to him said the Lord in a vision, Ananias. And he said, Behold, I am here, Lord.

11 And the Lord said unto him, Arise, and go into the street which is called Straight, and enquire in the house of Judas for one called Saul, of Tarsus: for, behold, he prayeth,

12 And hath seen in a vision a man named Ananias coming in, and putting his hand on him, that he might receive his sight.

13 Then Ananias answered, Lord, I have heard by many of this man, how much evil he hath done to thy saints at Jerusalem:

14 And here he hath authority from the chief priests to bind all that call on thy name.

15 But the Lord said unto him, Go thy way: for he is a chosen vessel unto me, to bear my name before the Gentiles, and kings, and the children of Israel:

16 For I will shew him how great things he must suffer for my name’s sake.

17 And Ananias went his way, and entered into the house; and putting his hands on him said, Brother Saul, the Lord, even Jesus, that appeared unto thee in the way as thou camest, hath sent me, that thou mightest receive thy sight, and be filled with the Holy Ghost.

18 And immediately there fell from his eyes as it had been scales: and he received sight forthwith, and arose, and was baptized.

19 And when he had received meat, he was strengthened. Then was Saul certain days with the disciples which were at Damascus.

20 And straightway he preached Christ in the synagogues, that he is the Son of God.

Do you like playing it safe, or are you more adventurous in your choices? Many Christians don’t like risk because the outcome is uncertain and may involve loss or other unwanted results. From a human viewpoint, eliminating potential harm makes sense. But for Christians, uncertainty is part of walking by faith. There are times when obedience may seem risky to us, but from God’s perspective, there’s no danger since He controls all things and never fails to accomplish His purposes.

The Bible tells of real people who obeyed the Lord in unpredictable situations. One of them is Ananias, a disciple sent by God to minister to the newly converted Saul. Ananias risked his life by visiting this notorious opponent of Christianity. Saul, too, lived with risk after his conversion, facing peril almost every day of his life as he obediently preached the same gospel that he’d previously opposed. By focusing on God, His character, and His promises, both of these men obeyed despite uncertainty and were used greatly by the Lord.

Where is God calling you to trust Him? Remember, each time you face risk, it’s an opportunity to experience His faithfulness firsthand. 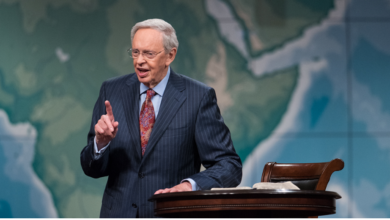