20 years later on Kindred hearts: Adi is on his bike. He saves a puppy. He is a young guy. Adi sees Kaki trying to cross the road. She has grown really old. Adi says let me help you Mataji. He helps her in crossing the road. Kaki couldn’t see his face. He leaves. Chini sees Kaki. She says where did you go? I was so scared. Kaki says that guy he saved me. Take me to him. Adi wears his helmet. Kali gives him thread from temple. She says this will keep you protected from everything. She ties it on his wrist and he leaves.

Nisha is throwing a party in the house. Her face is different. A man comes and holds Nisha’s hand. She says Nisha doesn’t talk to everyone. She throws him away. Samar says control yourself. You have drank enough. She says don’t forget you are just husband by name.Its time to celebrate. He says I remember everything. Don’t make your fun in party you are my wife. She says today is the day to celebrate please. Its Jhanvi and adi’s death anniversary.I became Nisha samar on the same day. Happy anniversary.You still miss her right? I want to celebrate this day. Nisha dances in the party with different men. Samar looks at her angrily.

Kaki and Chini come there. Kaki says stop this dance and music. Chini says we are back forever. Nisha says this is my house. Chini says we will take back what is ours. Nisha says you couldn’t do that in years. Chini says we just want pray for our parents. Nisha says celebration should stop. She gives a glass to kaki. Chini says shut up Nisha. Dadi just wants to pray for Jhanvi ma and papa in the temple. Nisha says that blo*dy woman she isn’t leaving my kids even after dying. Lets go. Nisha says I can’t allow you to enter in the house. But today is special and I am happy. So for you chini I will let your dadi do this. You wanna see temple right? Come. You remember where was the temple in this house? Memory weakens with age. Follow me.She has made a pub instead of temple. Nsiha says go serve a coconut there. I will make you coconut cocktail.Kaki says where did our idols go. Nisha says they went out with you.

Chini says lets go we will do pooja in the temple. Nisha says stop. You can do pooja here. She breaks a coconut in the pub. She saysb now this has become parsad. Drink it. Chini throws it away. She says lets go dadi. Nisha recalls when Chini said my jhanvi ma and papa will come back. Nisha says i think you forgot but I didn’t. You said your jhanvi ma and papa will come back. Chini says they are always with me and they will come back for us. They will come and your days will end. You will be punished for your sins.

Nisha throws a knife at Jhanvi’s photo. She says I do their funeral every year on this day. Won’t miss it today. She throws a glass on the picture. Nisha burns Adi and Jhanvi’s photo. She laughs. Nisha says poor chini still hopes they will come back. Too bad they wont. Her heart will be broken. She will come to me crying.

Adi is eating. His friend says why is police after you? what if they come here? He says don’t worry I am not a criminal. No one goes after the real criminals. He says I saw a mataji in the road so had to help her. His friend says wow you help too. Adi(now Arjun) says it looked like her eyes were looking for someone. She gave me this thread as well. His friend says its your birthday. They cut the cake together. Arjun says you never forget.

Jhanvi(now Jia) is now a super model in London. She gets her photo-shoot done. She comes on the stage. The song jalwa plays in background. Jia feels that her head hurts. She sees fire in flashback. She sees mata’s temple. Jia’s head hurts. She is about to faint. The team helps her. She says I am okay. She says lets get this done. The photographer says you need to rest. Its your birthday lets cut the cake. She says thank you guys.

The photographer caresses her back. Jahnvi says get your hands off me. Stay away from me have some shame. She leaves. Her friend asks are you okay? she says yes. Fire doesn’t hurt me. Her friend says you area born star. Jhanvi says I don’t know how am I fire resistant. Why doesn’t it burn me?
Jia’s friend calls her. She says I saw the same flashbacks. I dont’ know what to do. She says come to my home. My mom has planned a festive here.
Jia comes to her friend’s house. She has a cake for her. Jia says thank you so much. Her friend takes her for arti.

The pooja starts. Jia doesn’t feel good there in pooja. Jia sees her flashback again. The fire near idol scares her. She goes near it. Jia takes out the idol from fire. Everyone is dazed that her hand didn’t get burned. everyone is dazed. Anie says how is this possible? She says fire doesn’t hurt me. The woman says yes you should be careful. Jia says I had to save the idol. Which goddess is it? she says durga mata. Jia says this is this goddess that I see in my dreams. Annie says there are not much of her temples here. Jia says she is the one that comes in my flashes. I have to know about her even if I have to go to India. Kindred Hearts 23 August 2019 Update On Zee World Series

Chini does arti. Kaki says very good. God will listen to your wishes. She puts garland on Jhanvi and Adi’s photo. Jia comes to india. She feels the environment is known to her. Jia says my luggage is misplaced by the airline. 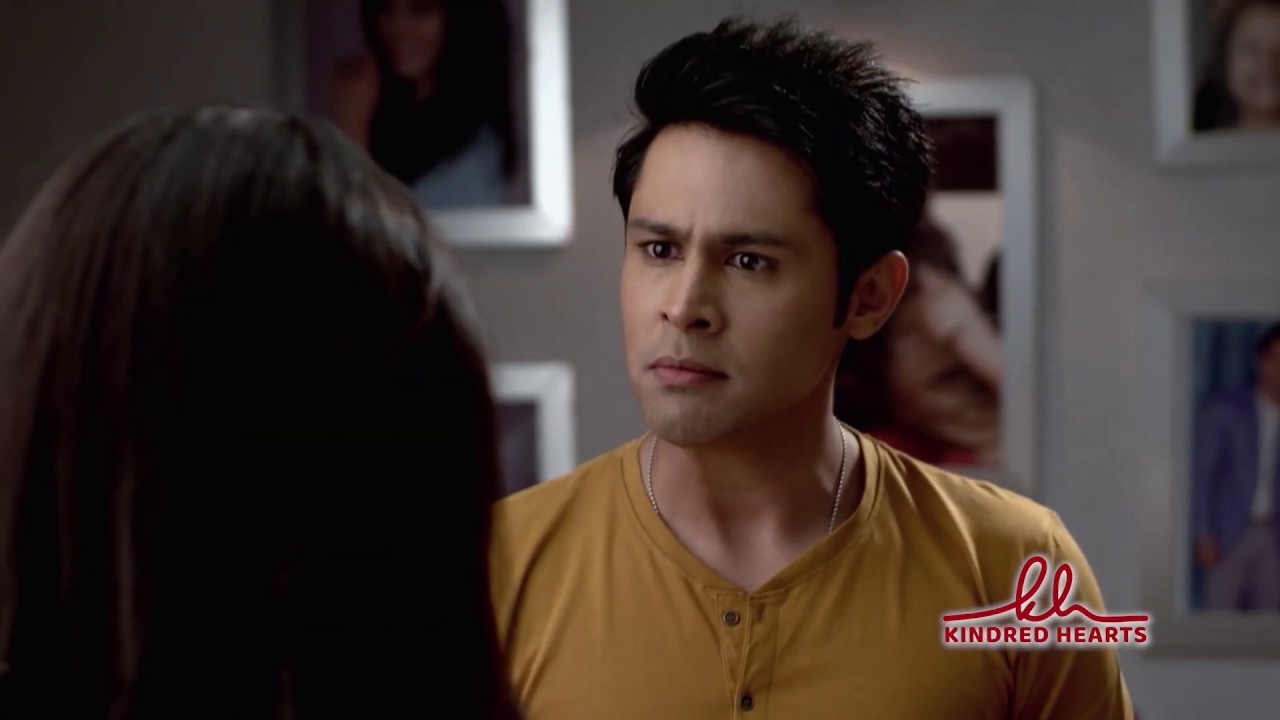 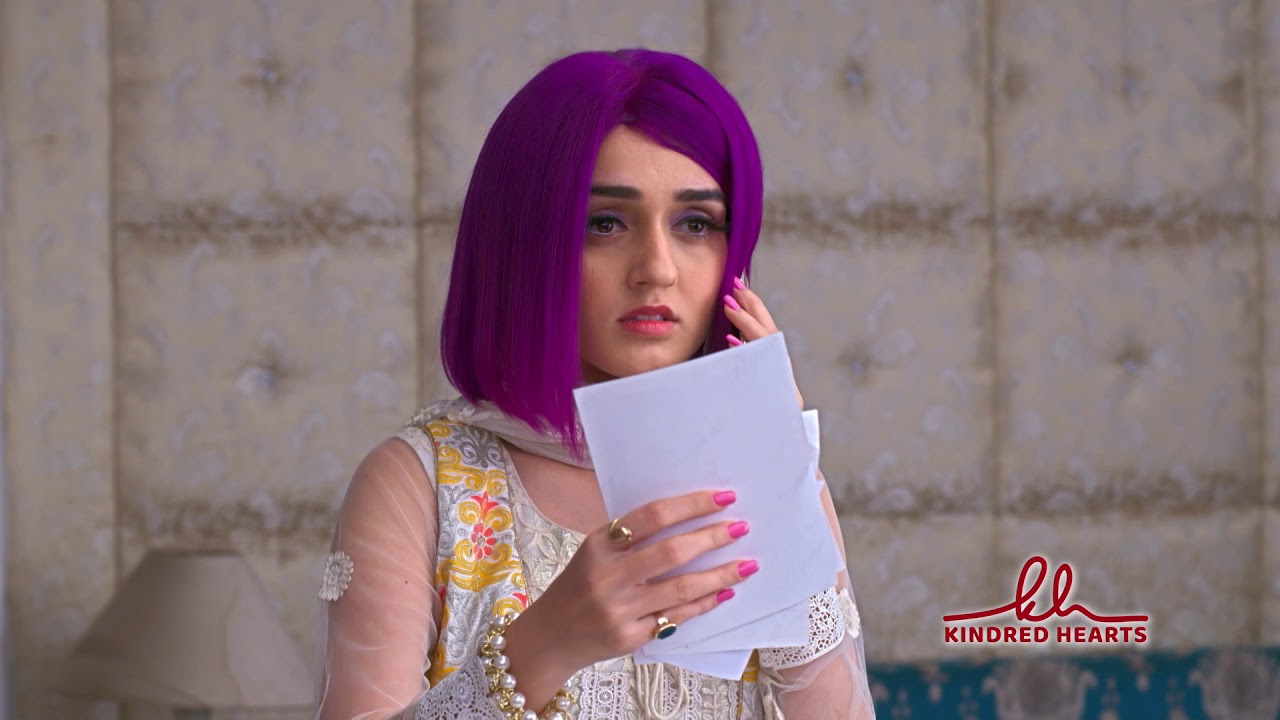