The episode starts with Sam opening the door and seeing Sid standing. Sid gets shocked seeing Krutika and Bunty about to get engaged. Sid asks what is going on and asks why did she agree to marry a donkey. Krutika is speechless. Bua Dadi tries to intervene. Sid asks her to remain out of his family matter. He says I’ll discover a good groom for my sister if she desires to marry. He says I’ll enquire about this man, and in addition about your motive. Sam and Bua Dadi are shocked.

Kesar and DD come to the place. DD doesn’t just like the place. Kesar asks her to come back. DD likes the card and asks Shetty to do the work. DD gets in her car and sees Gaffur in the car’s front mirror. She asks Kesar to come. Gaffur comes and meets Shetty. He asks him to do his work. DD and Kesar come inside Shetty’s cabin and sees some other man with Shetty. She apologizes and goes with Kesar.

Gaffur says I will not meet you but will attack you one after the other. I will break you DD Patel. He says you have slapped me in front of everyone and now have to bear the revenge. Sid asks someone to enquire about Bunty. He tells Roshni that Krutika is not happy with that alliance and might be getting engaged under some pressure or helplessness. At school Navratri function, DD sees Shabnam and asks Roshni what she is doing here.

Roshni says it is the auspicious day today and asks her to let her be. DD asks Mona about Sam. Mona says she is busy and couldn’t come. Pandit Ji says it is aarti time. He does the aarti while the music plays in the background. Sid’s man follows Bunty and reaches the place where he stays. Sam comes there and makes Bunty sits in her car. They leave. Sid gets a call from his man informing him that Bunty has eloped.

King of Hearts 16 September 2019: Sid’s detective informs him that someone informed Bunty at the last min. Roshni comes to Sid and asks what happened? Sid tells Krutika’s mind has gone mad and says first she has chosen Rajveer and now this Bunty. He says everyone choice is not like you and smiles. Ayesha insists DD to come and lights the place. DD says okay and is going towards the switch box. Shabnam thinks Ayesha can’t go near the box and throws water intentionally. DD holds her hairs and scolds for throwing water. Roshni asks Ayesha to switch on the light.

DD says you have done everything and should switch the lights on. She asks about Sid. Roshni says he will come. Sid sees the electrical short circuit happening and thinks these wires goes towards the switch box. He realizes Roshni to be in danger and rushes to save her. Roshni is about to switch on the lights. Roshni tries to switch on the light to inaugurate the school, but Sid stops her and gets electric current. Sid falls down and is in pain. Shabnam thinks her plan has failed and thinks what to do? She covers him with a plastic cover to get the electricity effect go.

Roshni helps Sid get up and asks if he is fine? She thanks Shabnam for saving Sid’s life. Shabnam says it is her duty to save Jiju. She says she heard that the electricity effect goes when the person is covered by the plastic. Beeji and others take him to the hospital. Shabnam thinks Gaffur said right, and Sid interfered in her work. Later at home, Sid thinks something is not right and this accident is not a coincidence.

Roshni says you are overthinking and asks him to stop it. She says you have really scared me. Sid says I will not leave you easily and can fight with death also. Roshni and Sid get romantic.

Sid serves breakfast to Roshni in the morning. Roshni asks do you love her so much? Sid says it is a lie, and I keep her busy so that she doesn’t doubt on me. Roshni asks if your wife know about your GF? Sid says no. He says whenever I buy something for my wife, I buy for my girl friend too. He makes her wear his chain locket. Roshni says you loves me so much. He gets a call and he goes. He gets a phone call and says he is coming. He tells I love you to Roshni and leaves. King of Hearts 16 September 2019 Update…

Sam and Bua Dadi come to Bunty and sees two women sleeping with him. Sam tells him to wake up and says Sid’s PA came to know about your address. He can come at any time. Just then door bell rings. Bunty opens the door and finds Sid and his PA on the door. Sid enters inside the house. Bua Dadi and Sam are hiding behind the sofa. Sid asks if he was busy partying at night?

Bunty says no, and says he had medicine as he was unwell. He asks how come you are here? Sid says there is a puja at our school, and asks him to come. Bunty laughs. Sid says you are unwell and can die, so stop laughing. He leaves with his PA. Bunty closes the door. Bua Dadi and Sam comes out. Sid and his PA sees alcohol bottle outside his house. Sid asks his PA to keep an eye on Bunty. Shabnam gives water to Roshni. DD looks at the school and says nice decorations. She asks the persons to bring boxes. Roshni says it has our school logo also and asks what is it? DD says it is milkshake for school kids. Sid’s PA says he needs to check the things before letting it enter school.

DD says who gave you orders. The person says Sid. DD asks him to do the checking. Shabnam do something. DD is about to fall. Shabnam signs the man to keep the box in which some stuff is there. She asks DD if she is fine. DD says yes and asks her to leave her hand. Zee World: King of Hearts 16 September 2019…

Sid asks Ayesha, if you have done any mischief. Ayesha says no. DD says it is okay, and asks Shabnam to take care of Ayesha. While everyone goes inside. Shabnam takes a sigh of relief. At home, Roshni is doing Ayesha’s make up. Sid comes and asks Ayesha to go. Ayesha says princess is getting ready.

Sid says Badi Maa is calling you. Ayesha goes. He shows designer dresses for everyone. He gets romantic, but Roshni says she will see the dress first. Sid shows her saree and says he will make her wear it. He tells romantic words and romances with her. Just then they hear someone throwing stone on the window and gets distracted.

Roshni says she is very busy and asks him not to disturb her. Sid runs after her. Shabnam enters their room and picks the saree. She says this saree looks beautiful on real begum. She looks at DD’s blouse and gets an idea. King of Hearts 16 September 2019 Update… 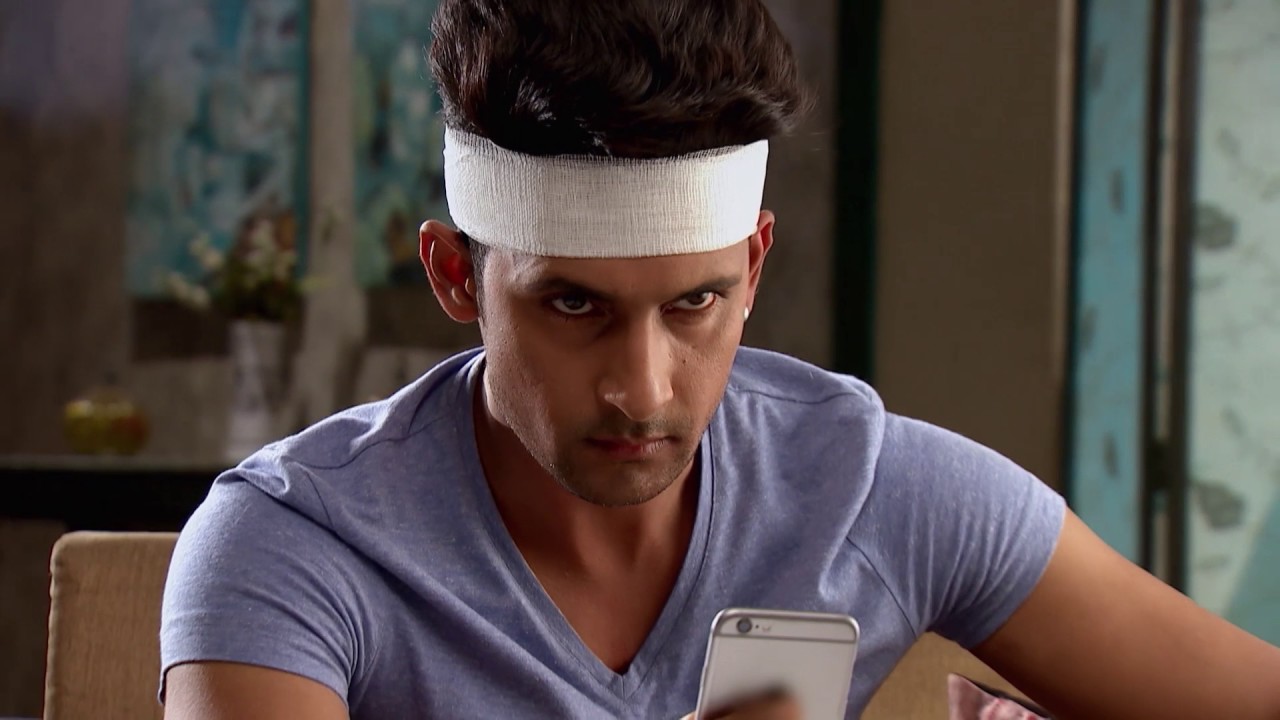