King of Hearts 25 May 2019 Update starts with Roshni as she looks at the stains on her dress and thinks of calling Simran and getting tips to remove the stains. Simran is ill with cough and cold. Raj says he will cancel his London trip. Roshni calls Simran and hears her coughing. She hears Simran coughing and says she will come and take care of her. Simran assures her that it is just a little cough, and she will be fine.

Roshni insists she is coming.
After the call, Simran tells Raj that she will drop him at the Airport, and then go to Prashant’s house to meet Roshni. Raj says he can talk to Sid to convince Roshni not to come. Simran says she will be fine when she sees Roshni and if she tells her not to come, she will feel bad. Raj asks for a hug, but Simran says he will get sick.

DD calls the factory to ask to speak with Sid, and she is told that he hasn’t been there.
Sid is in a meeting with some Clients at the poolside of his father’s hotel.
A Man is yelling at the bar because they won’t sell him alcohol! His shouts disturb Sid’s meeting. The Man is yelling at the Waiter to serve him alcohol! The barman says today is a dry day, and alcohol cannot be served, by law. The Man grabs a bottle by force.

Sid asks his Secretary to handle the guest. He then goes to the bar and sees the Man misbehaving with the Waiter and forcefully trying to drink alcohol. He takes the bottle from him, telling him that there are some laws in his country and if he can’t follow the laws, then he can go back to America.
The Man still has an attitude.

Sid tells the barman to close his tab and tells the Man to leave the hotel for another hotel.
The Man gets violent and holds Sid, asking Sid if he knows who he is; his name is Rajveer Singh!
Sid breaks out of the Man’s hold and calls for security!!! The Man asks who the hell he is to dare send him out, and if it’s his Dad’s hotel!

SID asks him not to take his Dad’s name, but Rajveer tries to hit him. Sid overpowers him and tells the Man that the hotel he’s standing in belongs to him and his father, and his father name is Raj Singh Khurana and his name is Siddarth Khurana. He warns the guy never to come back to the hotel! The Man says he will not forget this day and will definitely remember it when next they meet. The Security takes him away. 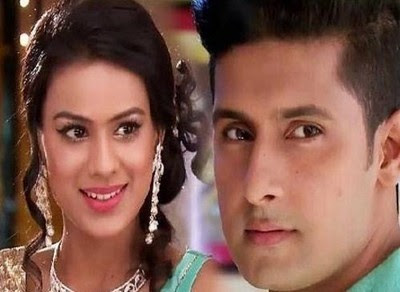 Roshni is with Simran in Prashant’s house. She offers to stay with her untill she gets better. Simran thanks her for coming and says she is feeling much better, so Roshni can go now.

Previously On King Of Hearts

She says she is waiting for the day she and Sid will come home because daughters always understand feelings.
Roshni hugs her and asks why she didn’t have another child after Sid?

Simran looks really sad and lost in her thoughts. Roshni says she hopes she didn’t say anything she shouldn’t have? Simran says she didn’t; people get what they are destined to have and she has her and Sid. She hugs her again and Simran fights back the tears.

DD is pacing about the living room. King of Hearts 25 May 2019 Update
Naani asks why she is upset? DD tells her to wait for her grandson-in-law to come back!

Sid enters and DD asks how the factory was? Sid says everything was superb! DD says she called and he wasn’t there! Sid says he was there, by the workshop area and she can call them to confirm. DD tells Kesar to call the factory! Roshni tells DD that she is going too far! Naani says it’s not the time for that, it’s a time for celebration.

Roshni happily hugs her and asks why she didn’t inform her that she is coming? She introduces Sid to her, but Sid is busy SMSing Bablu on phone.

DD says she will find a nice man for her to get married to, as she did not get a chance to enjoy someone’s marriage, pointing at Roshni. Samaira gets tensed hearing that. Naani asks why she looks upset; did she get married in the US? Mona says she did and that was why she went to the US to escort her daughter and Son-in-law. Everyone is shocked.
DD gets irked hearing that and asks how can even she betray her! Naani asks DD to stop cribbing and asks Mona to call her Son-in-Law.

Mona tells her Son-in-law to come inside. He enters and he’s the guy Sid fought with at the hotel.
Sid has his back turned, trying to send a message to the factory manager to cover up for him if DD calls.
Mona introduces Sid to Rajveer. Sid gets tensed seeing him. Mona introduces the whole family to him and then to Sid saying he changed the whole house and he’s the live-in Son-in-law. Sid bends his head and prays to God to help him.

DD complains that all the Children of the family are getting married without informing them!
Rajveer says it’s his fault, as he wanted to get married before coming to India, so he could be allowed to stay for long.
DD asks why he keeps staring at Sid?
He says it’s because he knows Sid; they met this morning. Everybody is surprised. He walks up to Sid and says he’s really sorry about this Morning, he didn’t want to create a scene at his hotel. He didn’t know he was DD’s son-in-law.

DD asks what is he saying! Mona says Sid does not own a hotel. Rajveer says he’s not lying, he had a meeting at a hotel and Sid said he’s the owner of the hotel, Siddarth Khurana.

Roshni says there’s a mistake, she also made it in the past, but he’s not Siddarth Khurana, he’s Siddarth Kukreja.
Sid thinks to himself that it may be time for him to say the truth. Rajveer tells Sid to tell them the truth!
Sid says Rajveer is right. He says he’s sorry and the truth is…

DD cuts him off, saying that’s enough! DD walks over to Sid and says enough is enough! Did he go to the hotel to steal their toiletries or to steal their food? She says he already told her that he doesn’t miss anything that is free. She says “Siddarth Khurana? what a joke!” Naani cautions DD.
Sid thinks until he unites DD and Roshni, he should continue this drama till then.

Roshni also tells her to stop insulting Sid, then she turns to Sid and asks him what he went to do at Khurana’s 5-star hotel, when he knows she does not like him?
Sid says he doesn’t have a choice, DD doesn’t pay him enough to repay her loan, so Siddarth Khurana called him for a job and he has to go, as he can’t bear to see Roshni working as a maid.
Rajveer apologises to everyone, saying he didn’t mean to cause any trouble.

DD tries to hit Sid, but he runs away, and she follows him. Roshni tries to intervene, but Naani stops her and says Sid knows how to handle his Mother-in-law well.
Rajveer tells himself that Sid must be hiding something from everyone, as the attitude Sid showed in the hotel doesn’t look like he is a servant there, and thinks he has to find out the secret! 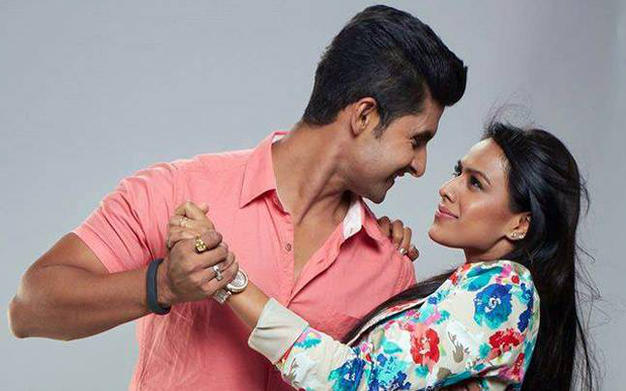 DD sees Sid in the kitchen, standing by the fridge and drinking water straight from a bottle.
She berates him for drinking from the bottle directly!
DD calls Kesar that he will handle outside work, and Sid will handle all the Office work! Kesar says he’s already handling Bablu’s work. DD says she does not want to listen to anything! She tells Sid that he will handle everything in the office now; he will go with her in the Mornings and return with her at the end of the day! Sid is almost in tears as he wonders how he will cope with his father’s business and DD’s work? DD thinks Sid does not even have a single quality of a multimillionaire! King of Hearts 25 May 2019 Update

Sid gets to the room and Roshni berates him for going to work for Siddarth Khurana when he knows she doesn’t like that Man! He tells her that he didn’t have a choice.
Roshni says she will have to get a job too, so as to help him out. She informs him of a job she got as a teacher for underprivileged kids.
He tells her not to, but she says she has to support him, so they will share everything. He says if she wants to share everything, then she should kiss him the way he kisses her. She leans in slowly for a kiss, but Raj knocks on the door.

He enters the room and says he’s sorry and didn’t know what he said would cause so much trouble.
He also apologises to Sid for what happened at the hotel earlier on.
He brings his hand out for a shake and says he hopes they can be friends. Sid shakes the hand.

At dinner, DD asks Raj why he’s not eating? Raj say he’s waiting for Sid and Roshni.
Samaira says her mother told her that Roshni and Sid do everything in their own room and she doesn’t know what Roshni is trying to prove, moving around with that loafer!
DD gets upset.
Mona tells Samaira not to interfere in what she doesn’t know! Rajveer also asks Samaira to stop, but Samaira says she pities Roshni!
DD shuts Samaira up by saying there are a lot of people who can take care of Roshni, so she is fine!