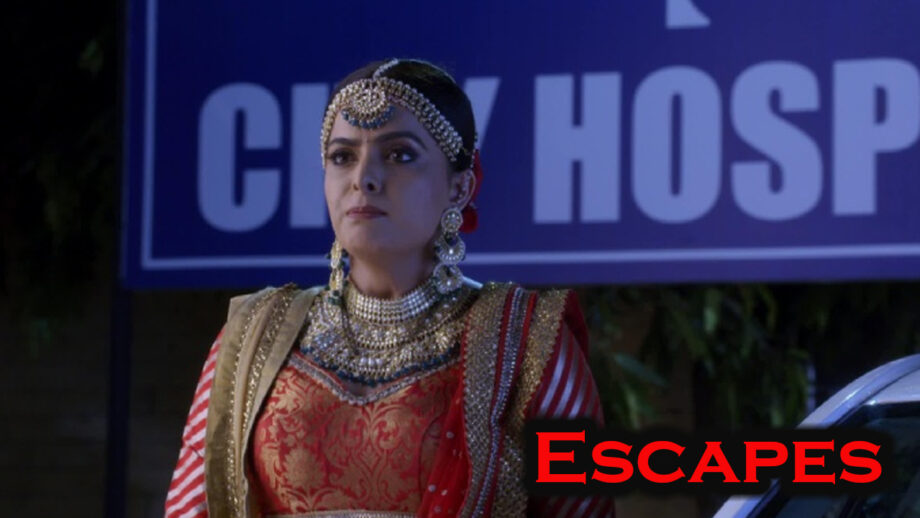 Today’s Kundali Bhagya 11 June episode begins with the kidnapper calling up Sherlyn to tell her that Sarla and Srishti are out of her way. He gave Sherlyn a bottle which had something that will kill Preeta(Shraddha Arya),. Sherlyn took the bottle but decided to kill Preeta with her own bare hands.

She hit Shelyn on the head and pushed her away. Sherlyn choked Preeta again and said that she planned to make Sarla deaf, blind and dumb. Preeta got angry and slapped Sherlyn. She warned Sherlyn that she will remove the sindoor from Sherlyn’s forehead and kicked her out of the Luthra house.

Sherlyn tried to stop Preeta by giving her the injection with poison. Preeta pushed Sherlyn away and ran out of the room by locking the door. Sherlyn was locked in the room and called up Prithvi for help. Prithvi was happy that Preeta survived. However, Sherlyn demanded that he stopped Preeta from reaching the Luthra house.

Prithvi was afraid that Preeta will find out that he is involved with Sherlyn. Preeta was escaping from the hospital when a nurse found her. She asked Preeta to go back in the room. The nurse wouldn’t let Preeta leave wearing the hospital gown. When the nurse got distracted, Preeta came up with a plan to escape.

In the upcoming episode of Kundali Bhagya watchPreeta reaches the Luthra house and decides to take revenge on Sherlyn. Stay tuned!