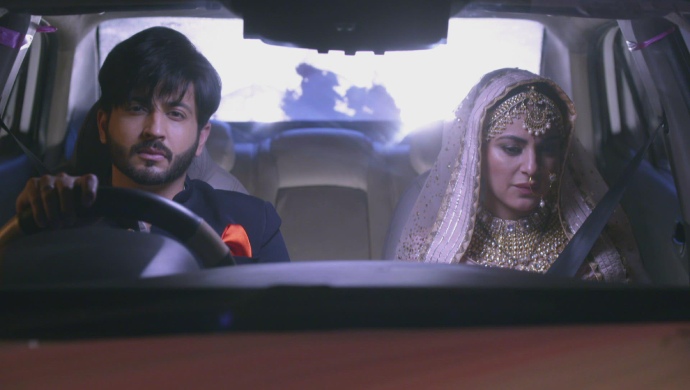 In the next episode, Karan stops the car on an empty road and asks Preeta to get out of the car because he wants to tell her his true feelings.

In tonight’s episode of Kundali Bhagya, Prithvi reaches home with his family. He hears them talking about how Preeta got a much better guy and Prithvi got fooled. Prithvi throws them out of his house. Preeta is leaving the house with Karan. Sarla asks Karan to take care of Preeta in his house. Prithvi goes out to drink and drown his sorrows. He decides to call Sherlyn to help him but even she taunts him and doesn’t listen to what he is saying.

In the next episode, Karan drives Preeta on a secluded road. He stops the car and asks Preeta to step outside. Karan says he wants to tell Preeta his true feelings for her. Preeta smiles shyly and goes to open the door but Karan looks angry. Sarla is sitting at home and tells Daadi that even though everyone is happy she is worried if Preeta and Karan getting married was the right decision. Will Sarla’s worst fears come true?