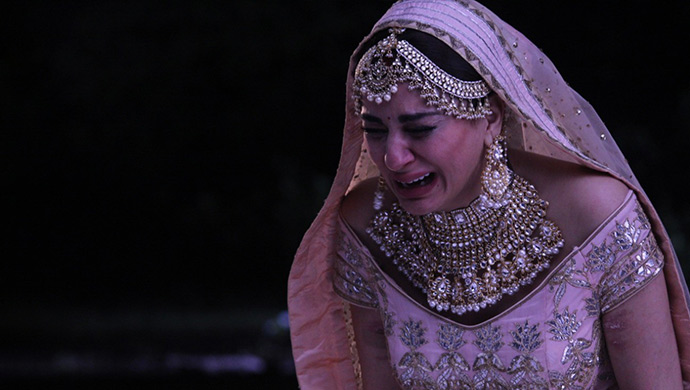 This is September 19th 2019 preview of Kundali Bhagya which shows how Karan abandoned Preeta on the road.

In the next episode, Preeta runs after Karan as her drives off in a car leaving her alone after getting married to her.

In today’s episode which highlights how Prithvi decides that Preeta betrayed him as well by choosing Karan. Sarla tells Daadi that she is still not sure if Karan is the right man for Preeta, despite Preeta and everyone else looking much happier. Karan stops the car on an empty road and asks Preeta to get out. He tells Preeta that he hates her and only married her to get revenge. He blames her for Rishabh marrying Sherlyn and Mahesh’s coma. Prithvi goes to Preeta’s house too late hoping to get her back.

In the next episode, Karan tells Preeta that now she is neither married nor she is a spinster. He asks her to go back home and never show her face to him again. Preeta runs after Karan as he gets in the car and shuts the door without her. As he drives away Preeta calls out for Karan to stop and take her along with him. Will Karan return for Preeta?