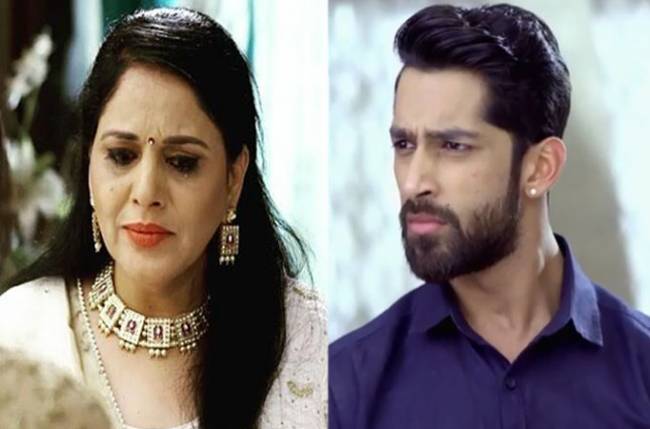 Mehek 13th October 2019 Update – Zee World Series – The episode starts when Shaurya comes for interview. The receptionist tells him that the person taking his interview has gone for a meeting now. Shaurya comes to his cabin. The man says how dare you to enter my room without permission. I won’t give you a job here. Get out. The man says I won’t give you job, Mahek says we are sorry. Shaurya leaves.

Mahek says you should have calmed down. Shaurya says did you see how he talked to me. Mahek says we are needy right now. Shaurya says he was egoistic. Khurana says we will find another job. Shaurya says I don’t need any help. I want to be alone. he leaves. Mehek 13th October 2019 Update – Zee World Series

Mahek comes to a tailor and says I was Ravi and Jevan’s niece. Can I work in your shop? He says you can go to my brother’s shop. Mahek sees Sooraj and his boys going inside a house for gambling. Mahek is dazed. She says let me call back SHaurya.

Mahek comes to happy homes. Nehal and Nicky are there. Nehal says we wont live there either. Mahek says you have to go back to that house. You can’t live out in this condition.

Nehal says that Anjali is fooling everyone. She is taking over everything. Mahek says Sooraj is influencing Anjali. You have to keep an eye. Anjali calls Sooraj and says I wanna party. I am so bored here. He says come I have planned a party. Nehal says I have to go home. Keep this phone so we can stay connected. She takes it.

Shaurya is angry. A man comes to his. He says I am your fan. I have chain in Mumbai i wanted to set it up in Dehli. i will invest you will work. Profits will be divided. He says i need time to think. That man calls Sooraj and says its done.

Mahek is doing pooja. Shaurya comes home and tells everything. Mahek says isn’t this weird? The day you kick job you find this man who gives you the perfect work. Nehal and Vicky meet Shaurya. mahek says I went to chandni chawk. She tells him everything. mahek says there is something wrong.

They go to chandani chawk and keep an eye them. Anjali is inside she dances with all the boys. Shaurya calls police. Anjali runs from there but Sooraj gets arrested. Shaurya and Mahek couldn’t see Anjali.

Anjali comes crying to Kaaruna. She says mama sooraj is in jail. Karuna says why? Nehal says he was gambling;. Anjali says no he went there to deliver food. Mahek and Shaurya got him arrested for no reason. Shaurya hates him for no reason. Karunaa says to Nehal if you can’t respect anjali then you can leave this house. She says lets go to police station Anjali.

Karuna and Anjali come to jail. Karuna says bail him out. He says madam its not possible. Karuna says do it. Shaurya says it can’t happen Shuarya says this is a not bailable offence. Karuna says shame on your Shaurya. How can you stoop so low. Karuna says mahek is behind all this. Shaurya says don’t blame Mahek. he is drug supplier. He says to inspector don’t let this man come out. I don’t want him near my sister. Anjali is crying. Karuna says calm down Anjali. Shaurya says you are my sister and I will protect you no matter what. Anjali hugs Karuna and cries.

Next morning, Mahek says anjali and ma think too wrong of us. he says I don’t care. Mahek says should I talk to them once. He says there is no use. Shaurya gets ready. He says go and try but I know what will they say. Mahek is on her way. she says I will kill all misunderstandings. Inspector calls Mahek and says please come to your home before we seal this house. Mahek sees Anjali’s bracelet there. She is dazed. Mahek says that means Anjali came here too? She leaves.

Mahek sees the bracelet and says how can all this happen? There is something behind all this. I have to find out whats happening. Mahek recalls everything. Mahek says why couldn’t I see all this? I made a huge mistake. I should talk to Shaurya or should I wait. I need to find whole truth first.

Shaurya comes to the place where he has to meet the man. Mahek calls him and says I want to talk to you. He says this job is very important for me. I can’t talk right now.
Anjali calls the man and says once our plan succeed Shuarya will be in court or jail only. Butlet says Mahek is here to meet you. The man says to Shaurya I know you are in crisis. So this is what I am offering you. Keep this 10K as bonus. You cabin will be ready in days. Shaurya says should I call Mahek or surprise her? The man calls Anjali and says I have given him the money. Nehal and Dolly meet Mahek.

Mahek says I don’t wanna come inside. Without ma’s permission I wont come. I am here to talk to Ma and Anjali. Dolly says jiji went to lawyer we don’t know why. She doesn’t tell us anything. Anajli comes downstairs. Anjali says hello.. Mahek bhabhi. So glad to see you. How are you? Mahek says just came. I want to talk to you. Please leave me and Anajli. Anjali says if you wanna talk about sorraj I don’t wanna listen it.

Mahek shows her bracelet to herr and says just wanted to show it to you. Isn’t it yours? You went to meet sooraj with it right? You met him at my house.

Dolly and Nehal come out too. Mahek says you wore this and went to meet him. Can you tell me how it got there? This proves that you went there. Karuna says whats happening here? ANjali starts crying and says you are saying I was dancing and drinking with men there? Mahek says I never said that. I am just asking how it was found there.

Karuna says what do you want Mahek? Why you keep plotting these things? Mahek says please listen once. I found it in my house. Karuna says go from here right now. Anjali says ma I thought everything would be fine. Our life will sort. I gave this to sooraj so he can keep this in bank and get loan. I just wanted to help him. It was in his pocket. Karuna says let me call Shaurya nd tell him what his wife is doing.

Karuna says Mahek is here to accuse Anjali again. Shaurya says listen. Karuna says she is plotting to plain all this to assassinate Anjali’s character. Your wife has crossed every limit. Ask he to stay away from my house. Mahek leaves. Karuna hugs Anjali. Shaurya says you keep finding new drama.

Mahek says what do you mean? He says keep me out of all this. Mahek says this is about family. We can’t let anjali fool us. Shaurya says she is innocent. Don’t find ways to blame her. Stop her from making a mistake rather. Stop all this. i know you don’t like anjali.

Anjali puts petrol on her. She says I will burn myself. Karuna stops her and says Anjali what are you doing. are you crazy? Anjali says I want to die. Karuna says they are all jealous of you. Anjali says she made me characterless. Karuna says I just met the lawyer. i will give you all this property.