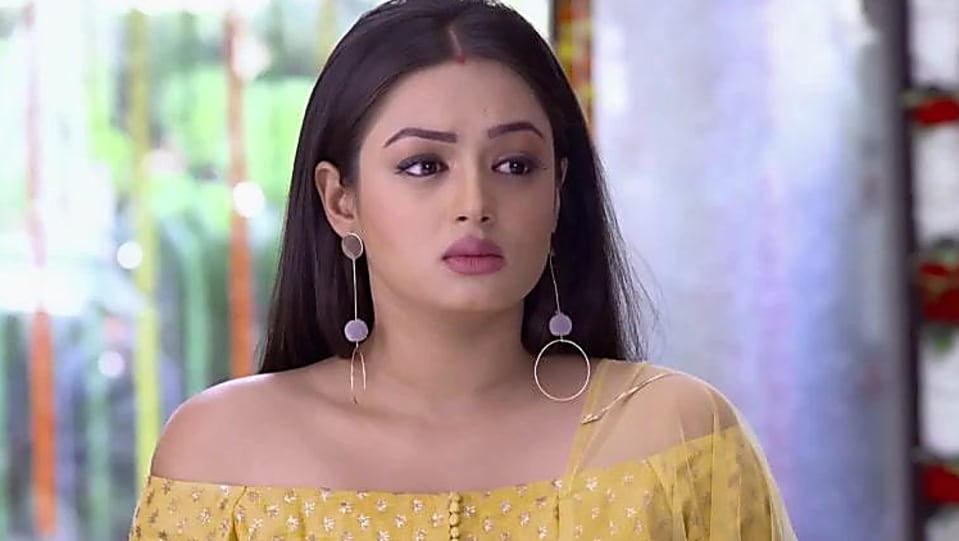 The Episode starts with Mahek giving water to granny, granny says don’t touch me or you will become sinner too, my religion is destroyed, she said that it was juice, she forced me to drink it, she cries, Svetlana is stunned with her lies, Karona glares at her, Shaurya shouts on Svetlana that whole Delhi knows about your antics, I kept stopping myself because of Mahek and Maa but you have crossed all limits this time, Mahek says Shaurya you are crossing limits in anger, Shaurya says no i am not doing anything wrong, if she wants to live here then she has to learn manners, if she has to live here then she has to say sorry to grandma otherwise I will throw her out.

Svetlana says shut up you cheap boy, how will you throw me out? i came in this house before your cheap blood entered here, are you involved with this grandma too? she has dirty blood and you have her blood too so you will show your cheap face too, Vicky asks her to not cross limits, Shaurya shouts at servant to pack her bags, Svetlana says Karona should have brought this cheap blood here so Vicky would have got his rights, Karona asks her to shut up, don’t talk ill about my son, Svetlana pushes Karona away.

Mahek holds her and says Shaurya and Vicky are like brothers and Karona takes Shaurya as her real son, please stop it, Svetlana says stop this drama, you have ill eyes on our wealth, you trapped Shaurya and took his whole money, your Chachi must be pimp and you must be call girl to trap Shaurya, tell me to trap Shaurya, how low did you stoop? Mahek is hurt hearing it and says it was nothing like that, Svetlana pushes Mahek away, Mahek falls on showpiece and it breaks on her hand, Shaurya runs to her and asks if she is fine? she says i am fine, Shaurya glares at Svetlana, Mahek says no Shaurya i am fine. 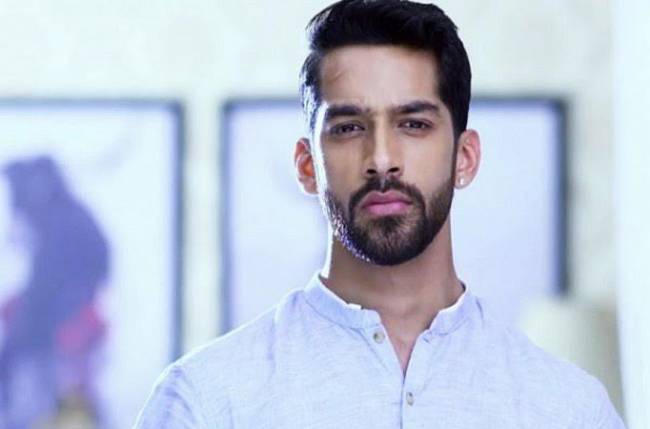 Shaurya grabs Svetlana’s hand and says just get out. He drags her out of the house and says get lost from my house and dont show your face because then you will breath last time, Grandma smirks seeing all this. Shaurya says the person who cant respect my mom, my grandma and my would be a wife that person cant live here, leave or else i will forget you are a woman, Svetlana says to Vicky that arent you ashamed that he is insulting your mother and you are silent? Shaurya looks at Vicky and puts hand on his shoulder, Vicky sadly nods at him. Shaurya says to Svetlana that he is my brother and he will live here with me because he knows what is right and wrong, get out now, Mahek is tensed.

Shaurya grabs Svetlana’s luggage and throws it out of house, Svetlana fumes in anger, Shaurya grabs, Mahek and Vicky, he pushes them in house and closes gate on Svetlana’s face. Mahek tries to talk but Shaurya leaves. Grandma does victory dance seeing all this, Karona sees this and is tensed. Vicky sadly looks at gate, Mahek says to him that dont be sad, Shaurya is angry now, and you know he loses control in anger, Vicky? Vicky leaves from there silently.

Karona comes to grandma’s room and sees her doing aarti, Karona grabs her arm and asks what you want? why you are breaking peace of my house? grandma says i am wiping my sins, i am cleansing this house with my aarti. Karona says stop this drama, i gave you money as much as you wanted because you keep your shadow away from my son then why you have come again to make our lives hell? Grandma smirks and says i have come to live with you all, whats yours is Shaurya’s and whats Shaurya’s, i have right on that.

Karona says stop this drama, how much money you want? 2 lacs? 4lacs? she gives her money bag and says its 4lacs, take it and get lost. Grandma says what are you saying Karona? how come lacs came between us? you play with crores and give me small sum? thats not fair, Karona says say how much you want? 10lacs? 20lacs? 50lacs? Grandma smirks and says keep this money with you, i want 7crores, Karona is stunned to hear the amount.

Mahek comes to Shaurya’s room and sees him continuously punching boxing bag. She says Um.. Shaurya says leaves me alone, Mahek says I am not going anywhere, i will watch you only, Shaurya says do what you want. Shaurya punches harshly and gets injured on hand, Mahek holds his hand and blows on it, he intensely looks at her, Mahek sadly looks at him and says what is your problem? why you are so crazy and stubborn? why you give punishment to yourself? Mehek 23 June 2019 Update On Zee World Series

Shaurya says i have hurt Vicky, Mahek says i know you are worried about him, Svetlana can be anything but she is part of our family and we cant abandon them like that, if you pain your own then it would pain you too. Vicky comes there, Shauray hugs him and says i am sorry brother, I have hurt you by punishing Svetlana, you can beat me but i cant forgive Svetlana aunt this time, i am sorry, Vicky looks at him with tears in his eyes. 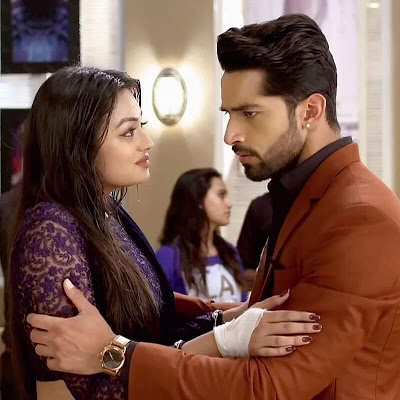 Karona says to Grandma that 7 crores? why you need that? Grandma says to pay debt, its like my younger daughter dolly and son in law Minto went to Goa, i went with them, we played in casino and lost 7 corers in gambling, goons are behind us so I ranaway and came here, Karona says so you are hiding from goons? Grandma says no they are cruel, i had to hide from them, if you dont give 7 crores then i will stay here for life and will call Dolly, Mito too. Karona says what if i tell Shaurya about you wanting 7 crores? what if i tell him that he is loving his grandma who is fraud and gambler, should i tell him? Grandma shakes her head.

Mahek comes in kitchen and says its time for grandma’s medicine, i should talk to them, maybe Shaurya will agree.
Grandma laughs at Karona. Grandma says
to Karona that if you tell Shaurya about my money debt then i will tell secret of 10years back to everyone, to police, to whole world about what Shaurya did 10years back, i will leave this house and Shaurya will be going to jail.

Karona is stunned to hear it and recalls how she saw Mahek’s mother’s photo. Karona says you will not do that, not 7 but i will give you 10crores but then you will leave our lives forever, Grandma smirks. Mahek comes there and hears it too, she says grandma? they are shocked to see her. Mahek says grandma its time for your medicine, she gives it to her, Karona has a sigh of relief that she didn’t hear anything, Grandma blesses Mahek, she smiles.

Karona shows jewelry to Mahek and says I was collecting these since Shaurya was 19 years old for his would-be wife, I am happy that he is marrying you. Mahek sits on her knees in front of her and says I know you are very worried. Karona says no, its just Shaurya is a very angry man when Shaurya came to live with us after his mother’s death, he was a lot angrier, he used to get angry on smallest things, now he is little more patient but…

Mahek asks what but? Maa i know you are very worried but there is something in Shaurya’s past that you are hiding from me, you told me that you won’t let Shaurya’s past shadow on his present. Karona thinks how to tell you Mahek that Shaurya’s past is joined with your mother.

Grandma comes in the garden and brings out a cigarette, she tries to light match stick but her eyes go blurry, she lights it again. Ravi comes outside Shaurya’s house. Grandma sees him from the window, she tries to clearly see his face and shakes her head too, she sees Ravi coming inside, she is stunned and says this man? is he really here? or am I dreaming? I have to find out, i should go downstairs. More Updates Coming Later