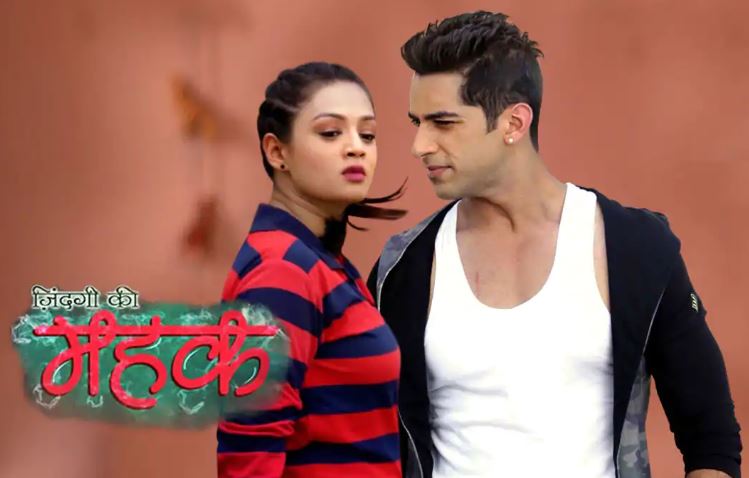 Mehek 3 November 2019 Update – Doctors treat Kanta. She sees Mahek’s side. She says that girl.. she loses control. Doctor asks her to calm down. She holds Jia’s hand but doctors take her to OT. Mahek sees flashbacks too. The doctor says there is blood? Mahek says let me check. Yuvraj says Shaurya didn’t come back either did he tell if he is coming. A car stops outside.

Rashmi and sweet come in. He says what are you two doing here? Sweetie is angry. She says aren’t you happy? We can go back. Dadi says your tongue is so long. She goes to the room. Rashmi says where is Shaurya? Dadi says he went out for some work.

Shaurya donates blood. Mahek comes in. He pretends to be calling to Dadi. He says was daddy’s work more important than someone’s life? I had to stay here and do this. Mahek says you should go home now. He pretends to have fainted. Mahek calls the doctor. Swati comes in. They look for a doctor.

Rashmi gives Yuvraj meds. She says I wanted to talk about sweeti. Yuvraj says I am going to sleep. I have more things to do. Sweeti says ma if you couldn’t talk then I will leave. We were all made aside when he got Shaurya. We don’t need him either… I will live my life my way. You have three days to talk to him or I will leave.

The doctor checks Shaurya and says you should go home and rest and eat something. He says my dad will see. I can’t go home like this. Mahek gets him up. He says thanks Mahek. i will go somewhere. He tries to walk. Mahek says stop I will talk to ma. You can stay in my house. Ma will understand. Kanta is under treatment. She says Mahek.. Mahek was here. Nurse says please stop. You can’t go outside. Kanta goes out.

Sajita says you want him to stay in our house? Mahek says he helped us. Swati says he can’t stay in my house and that’s enough. Shaurya says its okay Mahek I will manage. He pretends to be fainting.

Swati says ma can’t you see how weak is he. He did such a nice thing. Mahek says ma he came here to drop us. he donated blood. What kind of human are we. Sajita says for one night he can stay in our house. Shaurya says thank you aunty. He texts Yuvrak.

They come home. Coach says are you crazy? How can you bring him home? You will regret this. she says swati said too. He says he is fooling you both. Shaurya says to coach I know you don’t like me. But I am not like my dad. I really want Mahek to become a champ. Coach falls asleep. Shaurya tries to sleep and says there are so many mosquitoes. When coach falls asleep he sneaks outside.

Coach says where are you going? He says washroom.. Coach says washroom is here. He says I need water too. Coach says your bottle is here. Shaurya says oh I didn’t see. He says in heart if he didn’t wake up Mahek would have been in my arms. He tries to sleep. Mahek and Shaurya both see nightmares. Mahek says what is all this? And why I missed Shaurya?

Mahek wakes up Shaurya at night, They both eat outside. She sees flash backs. she says I see bad dreams sometimes. It looks like flash backs. Like someone is killing me. Shaurya says in heart I see the same flashbacks. She says it was very scary. As if it was real. She says I am sorry I don’t wanna worry me.

He says give me chocolate too, She says I wont. He licks the one on her face. Mahek is dazed. He says I took it. Mahek says I should go. Swati sees them together and smiles. Mahek feels shy. She goes to her room.

Next morning, Kanta says let me go. They are here. Who brought me here? Nurse says please sleep you are not well. Kanta says my shaurya mahek.. Sweeti says to rashmi you have to talk to daddy ji. Shaurya comes home. Rashmi hugs him and says how are you. Shaurya sees sweeti and says didi.. She leaves…Mehek 3 November 2019 Update – Zee World Series…

Sweeti says to Yuvraj i want to talk to you. He says wait.. Shaurya comes. Yuvraj says shaurya what happened? He takes him to garden and says tell me what happened? She was totally after me. Rahsmi comes. She wonders what are they talking about.

Mahek does boxing practice. She recalls what shauyra did. She says why can’t I focus? She slips. Shaurya comes and holds her. Mahek says what are you doing here. He says do you have time? Its my friend’s birthday. I want you to come with me. She says no I have practice. He says please for me. she says ma wont allow. He says wont you ever live your life? He says would you keep this friendship? i will see.

Mahek is at home. She says ma.. Sajita says yes? She says nothing. mahek says I will have to go to practice tomorrow morning. Swati says practice.. I wont tell ma I will handle her don’t worry. Shaurya tells his boys you know what to do right? Mahek says am I am going to rest.

Shaurya calls on her. Sajita says is she okay? Swati says she is tired. Mahek sees the dress. She says its so small. she calls shaurya and says what is this dress. He says I broughtt that for you with all my heart. If you don’t wanna wear that’s upto you.

Mahek gets ready. Coach says mahek slept? She must be tired. Mahek comes out in that dress. Shaurya waits for her in the car. He says it will be fun. Mahek sits in the car. Mahek says in hearrt how do they wear clothes like these.

Sajita says there are so many mosquitoes. I should burn a coil in Mahek’s room. Mahek tries to take off her seat belt but she can’t/ Shaurya comes close to her and helps her. Sajita comes to room. Swati hides pillow under the cover to show it as Mahek.

Sajita goes to Mahek’s side. Swati says ma I am not feeling well. Please get me tea. Sajita takes her downstairs.

Mahek and shaurya come to the party. Shaurya says let me meet my friends. He comes to a corner and says keep everything special. Shaurya sits at the bar and drinks. The girls tease Mahek. They say what is this boxer doing here. Mahek goes out. she sits in an auto. Shaurya comes and says what are you doing. Mahek says i want to go. I didn’t say I will stay here.

He says I want to spend time with you. She says I don’t wanna spend time at such a place. He caresses her face and says they are jealous of you. Focus on me. mahek says i dont’ wanna be here.

He says but I love you. You are my Mahek. The one who wears the dress I ask her to. The one who gets nervous. The question is do you like me? ever see from my eyes how perfect are you. He comes close to her. Mahek runs.

Coach says where is Mahek? He goes towards her room. He sees the pillows. Sajita says where is Mahek? Shaurya takes Mahek back to the party. He comes close to her and dances with her. Shaurya sees flashbacks. He says I love you Mahek. Mahek goes out. She doesn’t feel good. Mahek says what is all this happening. When did I think this?

Sajita says are you crazy. Coach says Swati at least you are responsible. Swati says Shaurya’s not a bad boy. and Mahek is responsible now. Sajita says even if he is nice she shouldn’t have lied. How can she go like this?