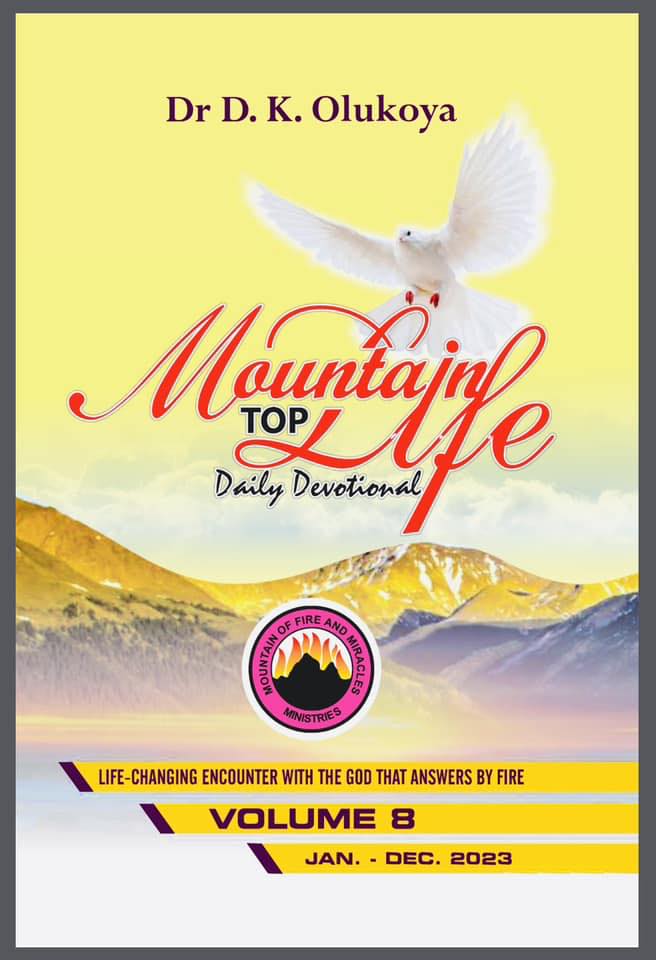 Memory Verse:
Exodus 34:13-14 – But ye shall destroy their altars, break their images, and cut down their groves: For thou shalt worship no other god: for the LORD, whose name is Jealous, is a jealous God.

Motivational Quotes:
When you stand for God, evil altars will have to bow.

Prophetic Word for Today:
Evil altars raised against you are hereby destroyed by the fire of God, in the Name of Jesus

11-12 One time the angel of the Lord came to a place called Ophrah and sat under an oak tree. This oak tree belonged to a man named Joash from the Abiezer family. His son Gideon was beating some wheat in a winepress. He was hiding so that the Midianites could not see the wheat. The angel of the Lord appeared to Gideon and said, “The Lord be with you, brave soldier.”

13 Then Gideon said, “Pardon me, sir, but if the Lord is with us, why are we having so many troubles? We heard that he did wonderful things for our ancestors. They tell us that the Lord took them out of Egypt. But now it seems the Lord has left us and is letting the Midianites defeat us.”

14 The Lord turned toward Gideon and said, “Then use your great power and go save the Israelites from the Midianites. I am sending you to save them.”

15 But Gideon answered and said, “Pardon me, sir. How can I save Israel? My family group is the weakest in the tribe of Manasseh, and I am the youngest one in my family.”

16 The Lord answered Gideon and said, “I will be with you, so you can defeat the Midianites as easily as if they were only one man.”

17 Then Gideon said to him, “If you would, please give me some proof that you really are the Lord. 18 Please wait here. Don’t go away until I come back to you. Let me bring my offering and set it down in front of you.”

And the Lord said, “I will wait until you come back.”

20 The angel of God said to Gideon, “Put the meat and the bread on that rock over there. Then pour the broth on it.” Gideon did as he was told.

24 So Gideon built an altar there to worship the Lord and named it “The Lord is Peace.” It still stands in the city of Ophrah, where the Abiezer family lives.

Gideon Tears Down the Altar of Baal

25 That same night the Lord said to Gideon, “Choose your father’s best bull, the one that is seven years old. First, use it to pull down the altar your father built to worship Baal. Also, cut down the Asherah pole beside the altar. 26 Then build the right kind of altar for the Lord your God. Build it on this high ground. Then kill and burn the bull on this altar. Use the wood from the Asherah pole to burn your offering.”

27 So Gideon took ten of his servants and did what the Lord had told him to do. But Gideon was afraid that his family and the men of the city might see what he was doing, so he did it all at night, not in the daytime.

Today, we are looking into a deep mystery about altars. This may seem unimportant to many Christians, but I pray that the Lord will damage your ignorance and give you deep understanding of spiritual things, in the Name of Jesus.

Altars are real. They exist in the physical and spiritual realms. Altars can be for good or bad purposes. They are built for God to worship and exalt Him. In the same vein, some are erected to worship idols and satanic entities. Altars are places of sacrifice, good and bad ones. At the altars, we see either the traffic of holy angels or demons, as the case may be. Each consignment of holy angels or demons runs errands for specific purposes. It is important therefore to have a deep understanding as growing and mature Christians on this subject.

The instance of Gideon as a chosen deliverer of his people at a time like this is a familiar story. But looking deeply, we see God’s clear instructions to Gideon before he could proceed to fulfil the mission. He was told to pull down the evil altar of his father’s house and rebuild a new altar for God. A divine replacement! God must take His rightful place for Gideon to succeed. A tough one from human perspective, but not with God. Gideon was obedient. He carried out this operation at night. He pulled down the evil altar of Baal of his father’s house and raised an altar for God.

What an awesome way to show his commitment to God and a detachment from evil altars that would not let him go and do the will of God. The truth is that many Christians need to pull down such spiritual impediments to enable them have a smooth and profitable spiritual relationship with Christ. No man can serve two masters at a time. You cannot eat on the table of the Lord and of the devil.

Are you ready to surrender your life to Jesus? That is the starting point! After your salvation, you must decide to pull down every stronghold that would not let you go. Then, you will be able to serve God in truth and holiness, do a successful warfare and raise an altar to the One and Only True God.

MORNING
1. Satanic altars erected against my life, catch fire and burn to ashes, in the Name of Jesus.

2. Altars of darkness that will not let me go, you are liars, crumble to powder, in the Name of Jesus.

3. O God, arise by Your awesome power and redeem my life from the consequences of the evil altars of my father’s house, in the Name of Jesus.

EVENING
4. I speak woe to evil altars assigned against my life in any coven, in the Name of Jesus.

5. Foundational evil altars, hear the voice of God, release me and let me go, in the Name of Jesus.

6. Witchcraft coven assigned against my rising, catch fire, in the Name of Jesus.

7. O God, arise and make me a living sacrifice for You, in the Name of Jesus. 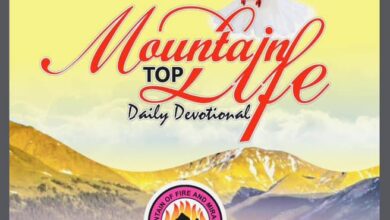