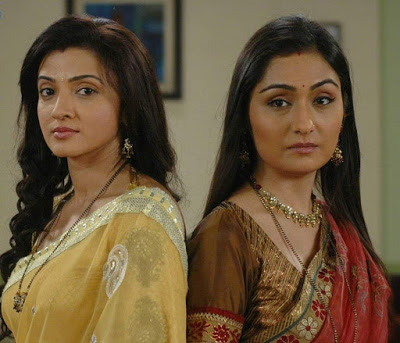 My Golden Home 28 May 2019 episode starts with Viren driving the car and he keep repeating Nilu and saying we are going to the hospital. Nilu is breathing slowly. Nilu is looking at Viren. Nilu says Viren and Viren looks back. Nilu tells Viren to take care of Misthi and Mayank. Viren says do not say all this as I am doctor and will take care of you and I will heal you.

Viren says I promise I won’t fight with Mayank and we all will spend more time. Nilu says Viren nothing is right and I am dying as a Bride. I am happy to die as bride.Viren says do not talk like this. Nilu has closed her eyes and breathes her last breath. At the hospital, Abha brings everyone on strecher. Abha tell the ward boys to go to Emergency room fast. She tells karan that nothing will happen to him and he can’t leave her. She tells keep breathing karan.

Abha tells vimal, veer, jaggu and prakash that everything will be alright and you all will be okay. Viren is driving and calling his mom in law. She asks how is the picnic and everyone. Viren tells her about the accident. She asks if everyone is alright. Viren tells her to go to resort and pick up the kids. He tells her to reach city hospital afterwards. Nilu mother is crying but viren tells her not to cry.

Viren hangs up the call. Pramita is crying and Viren father asks who’s accident happened? Pramita says that she is feeling very uneasy. Misthi and Mayank are sitting on the bench in garden. Misthi is talknig to her mother while mayank looks on. At Swarn Bhavan. Shelly is looking at the main entrance. Pratibha wonders where are they as all as the guests have come. Pratibha asks when last time you talked with abha then did she tell you how far were they?

Shelly says all abha said was that they are almost here. Let me just call and find out. Raghav comes and says that nobody’s phone is working as he is keep dialing. Shelly tells Asmi that dad has become careless and when he comes we will punish him. At the Emergency room, Abha wants to go inside but the nurse stops her. Abha sits on the bench and cries.

Nurse gives her the form to fill for each patient and deposit the money. Another Nurse comes and tells her to get injections. Abha is all running around. Abha is left heartbroken as all doctor and nurses keep telling her what to do. Abha is all crying says how to get all this done.

Abha hears the hospital staff saying that Dr. Roy is coming and need to get ready the ICU for his wife. Viren brings Nilu and tell her to stay with him. While abha is in front of him walking.Viren tells doctor to check. Doctor checks her pulse. Viren is getting upset. Doctor and nurses are standing while Viren is doing everything like putting an oxygen mask and blood bottle. Doctor tells Viren that to keep him steady as Nilu is dead. Abha is sitting when doctor comes and asks is karan your husband? Doctor says that your husband..and Abha’s eyes are widened and her heartbeat is fast.

Abha gets up from the bench. Viren starts throwing hospital stuff inside the room. Abha asks what has happened? Abha shouts asking what is wrong with karan? Doctor tells her that keep the courage as your hubby is still alive but critical. Abha is relieved. The Doctor says that we need to do oepration on him so please sign the consent form. Nurse gives abha the form and abha shakingly sits and is trying to sign. 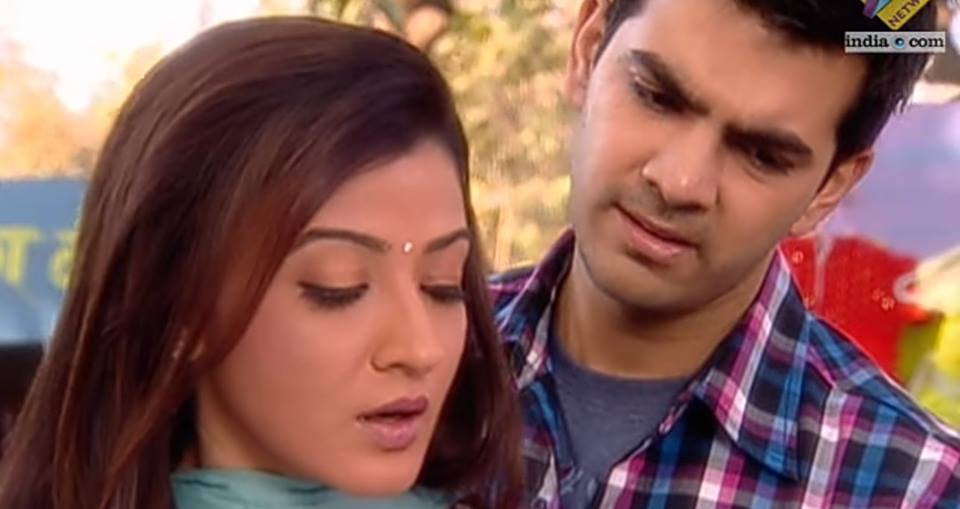 Viren yells at hospital staff and is telling Nilu to get up. Abha is not finding the strength to sign the consent form. That is when the ward boy is shifting karan and karan is on oxygen mask and abha sees karan and says that you promised me that you won’t leave me. You have come back to me and I will be waiting for you. Viren is talking to Nilu and says that he will do everything. Pramita enters. Viren is telling Nilu to open her eyes as she promised her that she won’t leave him .Pramita tells Viren to stop it as Nilu is gone. Viren screams Nilu’s name.

The Doctor comes and asks is other 4 people your relatives? Abha nods yes. Doctor tells her to come with him. While the operation is happening on Karan. At Swarn Bhavan, where everyone is trying the number while sheetal and uday looks on. Raj and lata are worried. Pratibha says the time is going for puja.

Shelly says how can all be so carelessness? If the network is not working then atleast they can stop somewhere and call from phone booth. Abha enters the hospital room and sees the 4 of them with bandages on. They are breathing. While the operation is going on for karan. The Doctor says that case is very critical and internal bleeding has happened a lot.

My Golden Home 28 May 2019 Update – Zee World Series
He says only Dr. Roy can handle this case. Viren is sitting in doctor’s office with pramita and the lady doctor tells him to fill these forms but viren is emotionless and not reacting.Viren recall the face of karan and sees that karan is the one on the other car. He is recalling the accident scene and seeing karan’s face and he get angry. Pramita asks viren to sign but he gets up and leaves. Pramita asks where he is going because right now we need to perform last rites of Nilu. But Viren keep seeing Karan’s face.

Karan is shown being operated on. One of the doctor’s says the case is very critical. He has a lot of internal bleeding. I think this case can only be handled by Dr. Roy. Dr. Roy is shown. He seems to be mad and he seems to remember Karan’s face and his car hitting his own car. He remembers the details of the accident and seems very mad.

Abha is in the room with her family (Jaggu, Vimal, Veer, & Prakash). She goes to Jaggu and says papa. She starts crying. She says papa are you okay? Are you okay? Jaggu is trying to say something…Abha makes it out and says Karan? Abha lies and says Karan is fine papa. He’s just a little injured on the head. That’s all. Jaggu says Karan…Abha says you’ll be okay papa. Papa? You will be okay. He tries to say more. Abha says yes. Something starts happening to him. Abha calls the doctor. Come here quickly.

The doctor approaches. Abha says to Jaggu papa nothing will happen to you. Veer is trying to say something now. Abha hears and turns around to face him. Abha says Veer. Veer tries to say something. Abha starts crying. Abha says I will tell Priyanka to make sweet for you. The doctor says to Abha please don’t talk to him a lot. Sister, get the injection. She is in the middle of Jaggu and Veer and she says nothing will happen.

Abha is about to leave the room when Vimal calls her name. She goes and sits down next to him and says yes? Vimal is trying to say something about that it is the time for happiness at the Swarn Bhavan. Don’t tell anyone about this incident. Shelly gets scared very quickly. He says something about the car not or being fast…Then something happens. Abha screams Vimal name? She yells for the nurse. Come quickly.

She says to Vimal that nothing will happen to him. Check him quickly. The doctor comes and tells the nurse to release the oxygen. Abha says hurry up doctor. Please. The doctor asks Abha to move away. Please move back. Abha goes in a corner and starts crying while the doctors and nurses are trying to work on the 4 patients.

Abha goes to the desk and says can I make a call? Abha dials a number. The police are behind her and one inspector says to another you go and take the statement of the other family. The police approaches Abha and says Mrs. Prasad? Abha puts down her phone. The inspector asks its your husband who had the accident right?

And his entire family was in the car and in that situation he would never even think about drinking and driving. Today my husband is fighting for his life because he tried to save the lives of 4 people. Understand? The inspector says we’ll find out about all of that only after the investigation. The car that you had an accident had 2 people: a husband and a wife. My Golden Home 28 May 2019 Update – Zee World Series