Snatched 23 February 2020 Update starts as Shreya’s mom says use your brain.You have a to apologize everyone even vinat. Shreya says its not my mistake. Mom says You have to win Bhushan’s heart. Elaichi says to bhushan the real essence of marriage is when husband and wife are bound by heart. Tell me when are you brining shreya back? I want her back by tomorrow. You know we are united.

Once he is back i will be out of this responsiblity. She says you have helped me as a friend. ajay says i am not your friend neither would i ever be. Shreya says how can i go back? they will make fun of me. Her mom comes and says bhushan has come to take you with him. Shreya stands up with smile. Her mom says you can’t go like this, you will do as i ask you. She goes back to bhushan.

Bhushan says where is shreya? Her mom says she is not well she has locked herself in the room and is not eating anything. You should check her in the room. Bhushan comes in the room and sees shreya sitting distressed. Bhushan comes in and says shreya? she stands up and says bhushan you are here and hugs him. SHe says i am so glad. bhushan says i am sorry i should have stopped you. SHreya says i should apologize. i was obnoxious. I shouldn’t have done this. He says i couldn’t undertsand you. SHe says come sit here. you know whats the problem i have never lived in a joint family so i dont have patience. I know i should be more patient. i am really rude, please pardon me.

Bhushan says don’t say that. I deserve a pardon too. I was about to slap you. SHe says its okay i would have done the same. i know how important your family is. Now promise me? He holds her hand. She says just give me a little love. Bhushan says my love is for you. You are my heart beat. Lets promise each other this wont happen again between us. Shreya says we will delete it.

Bhushan says yes deleted forever. he says now get up, i have to take you home. Dadi has sent you this gift. Its a sari. He says wear it she will love it. Shreya says yes i would love to. She hugs him and says thank you so much. He goes downstairs and waits. Her mom comes in and says how was it? shreya says we have patched up. bhushan wants me to wear this sari, this really ugly. I can’t wear these colors. her mom says you have to wear it, he has come to wear it.

Vinati says dadi tell me what to make? I dont want any misunderstanding between me and shreya. Shreya comes in and says bhabhi i am really sorry, please forgive me. i have hurt you. Vinati says i wont be okay this easily. Shreya says tell me how will you be okay? Vinati hugs her and says like this. She asks mishri to take their photo.

Snatched 23 February 2020 Update – Zee World Bhushan photobombs them. dadi says go shreya get fresh. mishri says i am making your favorite dish. she says i will be fresh then we will eat together. Shreya goes to her room and says i just want to prove that your people are you own. she recalls her mom saying till then you have to be good.

shreya says i am so glad to come home. Mishri says we all missed you a lot especially i. She hugs her. Shreya says i missed you as well. i missed the way we live here together. Msihri tells shreya that is elaichi and kirlok’s wedding anniversary this month. she says but they never celebrate, kirlok’s sister and her husband died that day. Mishri goes downstairs. shreya says 20th june is the day.

Shreya calls her mom and tells her about her plan for elaichi’s wedding anniversary. she says now i am not immature i will work on this. i will win bhushan’s heart and i will show difference between blood and water. She says it will take some time because bhushan considers them their own people. i have to do this, to save my wedding. She sees bhushan in the mirror, He overhears her. She says i was thinking these bad things. I dont know what happened to me. I don’t know why i considered them outsiders, you dont know how much i repent it. I dont know how will they forgive me. I really remorse what i did. I have this chance to rectify. I will be nice to everyone.

her mom says what are you saying? She says i will call you later. Bhushan comes and sits with her. He says thank you . shreya says what for? she says you were overhearing me. isn’t this my house? Don’t say thanks. I hurt everyone. bhushan says we wont talk about it anymore. Everyone makes mistakes, the only truth i know is you. My perfect shreya. No more sorries. She says no more thanks either. Bhushan hugs her.

Sanjina is asleep. someone knocks at her door. she looks out, its her dad with a man. He says break it. They try to break the door, sanjina sits there scared and in tears. She wakes up saying ajay save me, it was her dream. She says such a bad dream, what if papa really comes?

Snatched 23 February 2020 Update – I should call ajju, his phone is off. she calls ajay. sanjina cuts the call, but it doesn’t switch off. she lays down. her phone slides and ajay gets a call again, he says hello but sanjina doesn’t respond. ajay says i hope there is not something wrong. Maybe her dad has got her or something. i should go. until ajju is back sanjina is my responsibility. ajay jumps downs the stairs and sneaks out. shreya sees him. 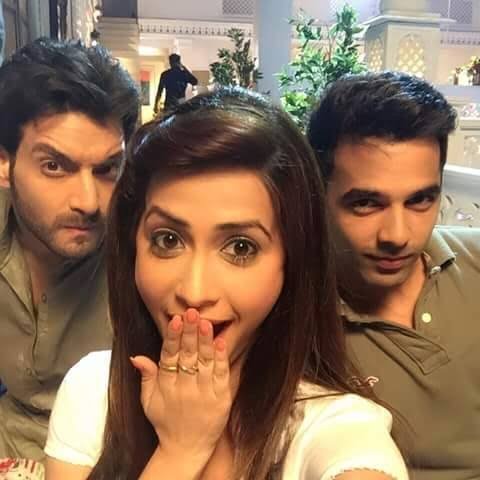 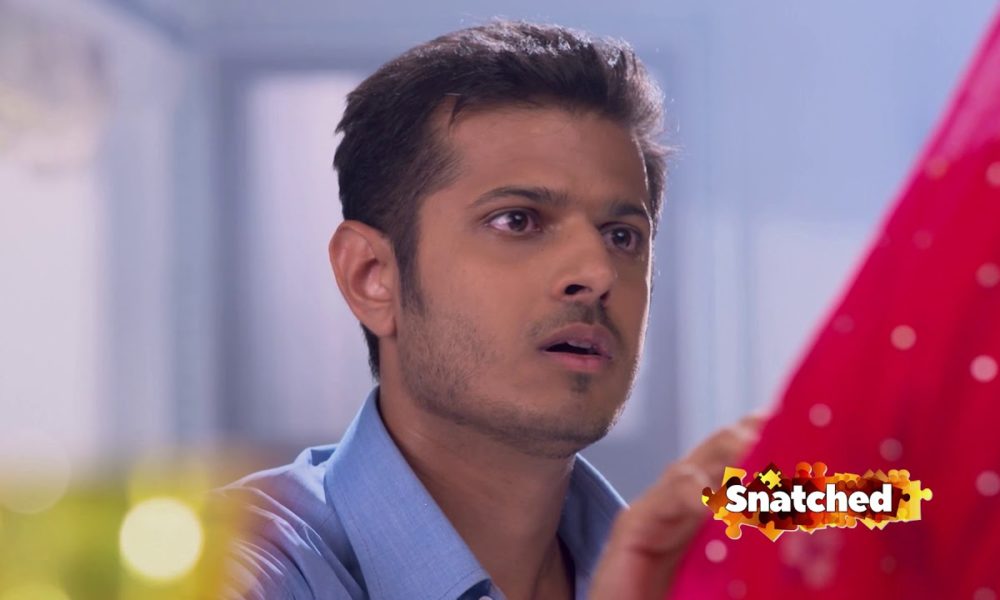