Today’s episode starts with Jagan in shock seeing Charan shot and he holds him in his lap. Harjeet leaves. Jagan shouts his brother’s name. Deema washes her face and tells Amba to make some food, Charan and Jagan will come home, ask Raavi to get up. She asks Amba to get up. Amba goes to the terrace. Deema asks her to walk slowly.

Amba sees Jagan coming home alone and worries. She comes downstairs. Deema asks her what did she saw that she started running. Amba says they have come. Jagan comes there. Deema asks where is Charan, tell me where did he go now, did you get hurt, get freshen up and have food. Amba is tensed. Deema asks Jagan again where is Charan. Jagan says I did not have courage to bring him inside.

The people bring Charan’s dead body. Amba and Deema get shocked. The white cloth covered on Charan’s body is moved by air.

Everyone get shocked seeing Charan dead. Amba’s little daughter asks Charan to get up. Amba cries and asks him how can he not keep his promise that he would come back. His younger daughter sees him and goes in shock. Deema sits near Charan. Amba stops Deema from touching Charan. She cries and tells Deema how much Charan cried after she cursed him. Charan tried to convince everyone, but no one agreed, I told you all you will regret, but no one heard me, no one opened the door.

I have seen him broken and shattered, he came to hear some words of love from his mother, and his own mother cursed him, even then Charan did not say a word against his mother, Amba says that a mother blesses a son and takes all the problems on herself, but what did Deema do, Deema you cursed him. Amba asks them to celebrate now.

She asks Charan to get up. Charan’s younger daughter comes with first aid box, and applies aid to him. Everyone cry. She says Papa will get fine and wake up. A man is seen running across the field. He goes to Lala and says its bad news, Charan got shot. Lala gets shocked. H goes to Amrit and asks where is Harjeet. Amrit says he left in the morning. Lala says I told you not to let him go anywhere. He goes out and sees Harjeet putting water on his head. Lala asks where did you go. Harjeet says Charan is dead. Lala gets shocked hearing this from him and regrets a lot. He asks Harjeet what did you do, you don’t know when a man dies, a woman loses her husband, her love and life gets over.

At the Pavaniya household, the women take off jewelry from Amba and washes away her vermilion. Lala says the children has lose a father. The girls cry for Charan. Lala says a mother has loses a son. Lala says the hope of peace ended. Harjeet sends Amrit to get towel for him. Amba dresses in white clothes and sits crying near Charan. She recalls his wish to have a son. Everyone hold Amba. Jagan and everyone take Charan away. Jeeni Re Jeeni ……plays………… Charan is taken for the last rites. Amba shouts and cries.

Amba and Deema are crying for Charan. Lala comes there. The lady says why did Lala come here after Harjeet shot Charan. Lala tells Deema that the hope of peace ended with Charan’s death, I felt much sorrow. Deema asks him how did you step inside my house, you cheated and killed my husband, now you killed my son, why did you do this, he has offered friendship to you, then why did you kill him. Deema says I will not leave you alive today and gets a sickle. Amba comes in between and says your son did not wish this. Zee World – The Heir Updates 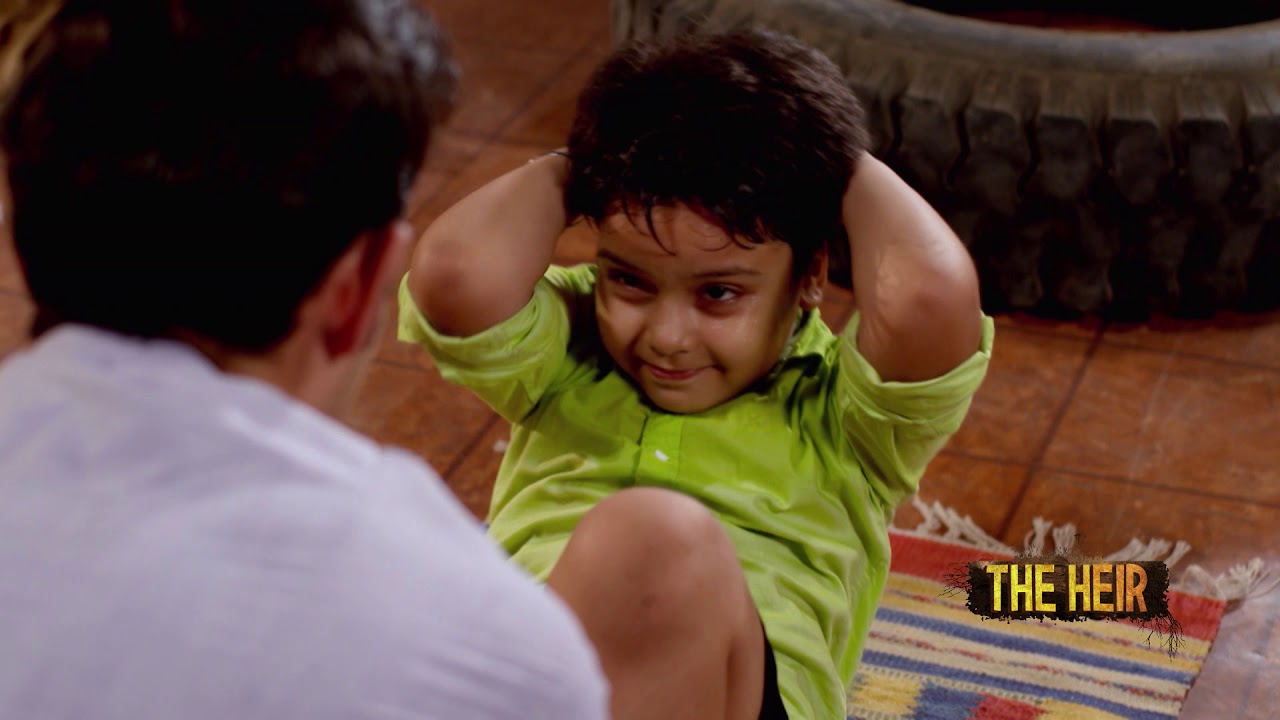 Deema says Lala killed Charan, you are saving him, I will kill you too. Deema holds Amba’s neck angrily. The lady asks what are you doing, Amba is your daughter in law, she is bearing a child. Deema cries for Charan. Amba tells Lala that Charan said you work for peace, but even you could not save him, he was killed on your land, I don’t have any liking for Bajwas, but Charan wanted peace, its better if you leave.

Charan says I’m very tired, and walks to her. He asks her to take him in her lap. She makes him lie in her lap and cries. Deema sits there till morning. Jagan comes home with Charan’s ashes. Amba looks on angrily and recalls his words.

She asks why are you not able to look into my eyes, tell me what guilt you have, is there any guilt or not, to kill your brother. Jagan gets shocked. He tells Amba what he said…. She asks how could you kill him. he says listen to me. Amba holds his collar and asks how can you kill him. Jagan’s wife comes there and looks on.