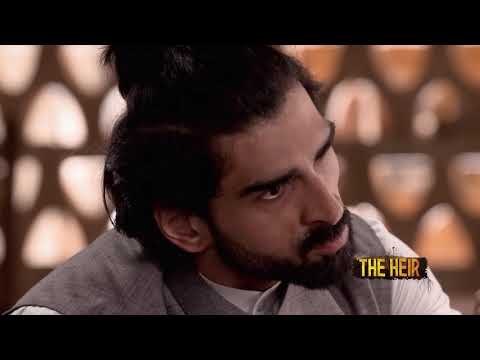 The episode starts when Gunjan comes to Mannu. Mannu sees Simran’s clothes. Gunjan says I miss Simran a lot, I know this Kalava rasam is there before Haldi rasam, a sister ties this, Simran is not there, I thought to tell this to you, will you do this rasam for me, will you wear Simran’s clothes and tie this kalava to me, I will feel as if Simran is with us. Mannu agrees and dresses as Preet. Her internal conscience says clothes have come to you, its Lord signal. Mannu makes Gunjan sit and does the rasam. Gunjan smiles.

Mannu ties the kalava. Gunjan asks Mannu does she like Raj. Mannu looks on. Gunjan asks you assume I won’t know if you don’t tell me, I’ve seen you with him, does he make you understand that you’re a girl, I m asking you truth, being your elder sister. Amba knocks door. Mannu worries. Amba gets shocked seeing Mannu as Preet. She shuts the door and gets angry. Gunjan tells about kalava rasam, its not Mannu’s mistake. Amba says don’t say anything, I can see everything, I made her a guy as I m greedy, I can’t see her pain, but you can see as you are his sister, its my mistake to cage Mannu as a guy.

Amba cries and shows Shah’s kada. She says I feel I m threatening you and making you Shah. Mannu says its not like that. Amba scolds her. She says Gunjan has seen the situation, tell me, this won’t happen, you all have grown up, live life, who am I to say anything. I have snatched Mannu’s rights to become a girl, I will get punished.

She injures her hands and cries. Mannu and Gunjan stop Amba and cry. Raj waits for Mannu and guesses if she will come or not. Mannu comes there. Raj smiles. She asks him to see her final time, as Mannu will never become Preet, she will die forever, you were asking what I want, I just want to stay as Mannu, I can say this looking into your eyes, I can’t see my mummy breaking again. She cries. She goes. Raj says I will bring your truth in front of everyone, I can’t let you stay as Mannu.

Amba looks for Mannu and asks Gunjan to call. Gunjan gets Raj and Mannu’s phone switched off. She worries and goes to check in storeroom. They look for Mannu. Raj asks Mannu to listen. Mannu comes inside the house by balcony. Gunjan asks Raj to come by door. She asks Mannu to change clothes fast, Amba is finding her.

Amba thinks about Mannu. She sees Raj and observes his shoes. She asks where did you go. He says I went to market to get decoration items. Amba thinks wet soil on Mannu and Raj’s shoes, I have to find out what Mannu is hiding. Gunjan comes to Raj and shuts the door. She asks since when do you know Mannu’s truth. Raj says since long time. She asks do you love Mannu. He says no, I love Preet.

She cries and says then take her away from this house and pind, if she stays here, she will sacrifice herself to keep this family’s fake status, I lost Simran and I m losing Preet also, since childhood, I have seen Mannu dying every day, I used to think why Mannu likes the things which girls like, after Simran died, I got to know the truth, I understood why, I thought why my sister is bearing this, she does not complain, she has hidden all her wishes, when you came, I have seen a change in her, I got a hope that my sister can live her life. She says this is the biggest truth of our family, take Preet from here, even mummy does not see Mannu’s pain, she does not see our happiness, Mannu has no option. The Heir 20 September 2019 Update On Zee World Series

Raj started cries and says I understand you, I promise I will get my Preet free from Amba and get her rights. Harjeet and Mohini come to Amrit. Mohini says sorry, I had to tell him. Harjeet says you stayed here in this small house, leaving haveli.

Amrit says its not related to you, why did you come. He says I came to take my son. She says my son won’t go in that house. Mohini says a father’s heart is restless for son. Harjeet asks Amrit to come along, leave anger, many years passed. Amrit says I won’t go there till I die. He says fine die here, but Raj is my blood, my heir. She asks do you remember rights now, I leave this decision on Raj. He says fine, I will meet him, send him to me. She says you can hear his decision yourself. Harjeet goes. The Heir 20 September 2019 Update On Zee World Series

Mohini smiles and goes. Gunjan goes to Mannu and says I m happy seeing you and Rajveer together, I went to him, you know what he said, he loves you a lot, he will take you from here, he will free you from this suffocated life, now you should not lose courage, you have to accept your truth, then everything will get fine.

Mannu asks what are you saying, I can’t become Preet, its my own decision, about Raj and his love, I gave him his answer, I can’t do what he wants, I can’t become Preet, I was always Mannu and will be Mannu forever, but Mannu is my identity. She cries. Gunjan try to stops her and says no Mannu, I understand everything, I can read your eyes, if anyone understands or not, I can’t sacrifice your life for this family respect, I m with Rajveer now, my try will be same, to free you from this cage. Its morning, Amba welcomes everyone. Gunjan comes downstairs. The lady says its Gunjan’s mehendi.

Amba asks Raavi to get Mehendi applied. Raavi goes dancing. Mannu sees Gunjan’s Mehendi and smiles. Amba sees Mannu and thinks is Mannu thinking of her Mehendi. Mannu imagines her Mehendi and getting her husband’s name written. Raj comes and asks whose name will you write in your hand.

Mannu says its Gunjan’s Mehendi, not mine. He says say the truth, you were dreaming about your Mehendi. She says I don’t dream. She gets hiccups. He smiles and says you can’t even lie. She says I have to drink water. He stops her. She says leave my hand, everyone is seeing. He says I know you were dreaming your Mehendi. Raavi shouts for her ring and asks someone to get the ring out of rose petal bowl. Mannu asks what happened.

Raavi says my ring was costly. Mannu looks for the ring. Raj comes to find a ring and says don’t worry, I will find a ring. Mannu removes her hand from the water tub. Raj says it will take time if I find alone, Mannu helps me, we can find it soon. Mannu and Raj try to find the rings. Raj holds her hand and smiles. Inna sona….plays…… Raavi asks did you get it. Raj says don’t worry, if we are together, we can find even Lord. Amba worries seeing them and thinks Mannu’s truth can come out. The Heir 20 September 2019 Update On Zee World Series