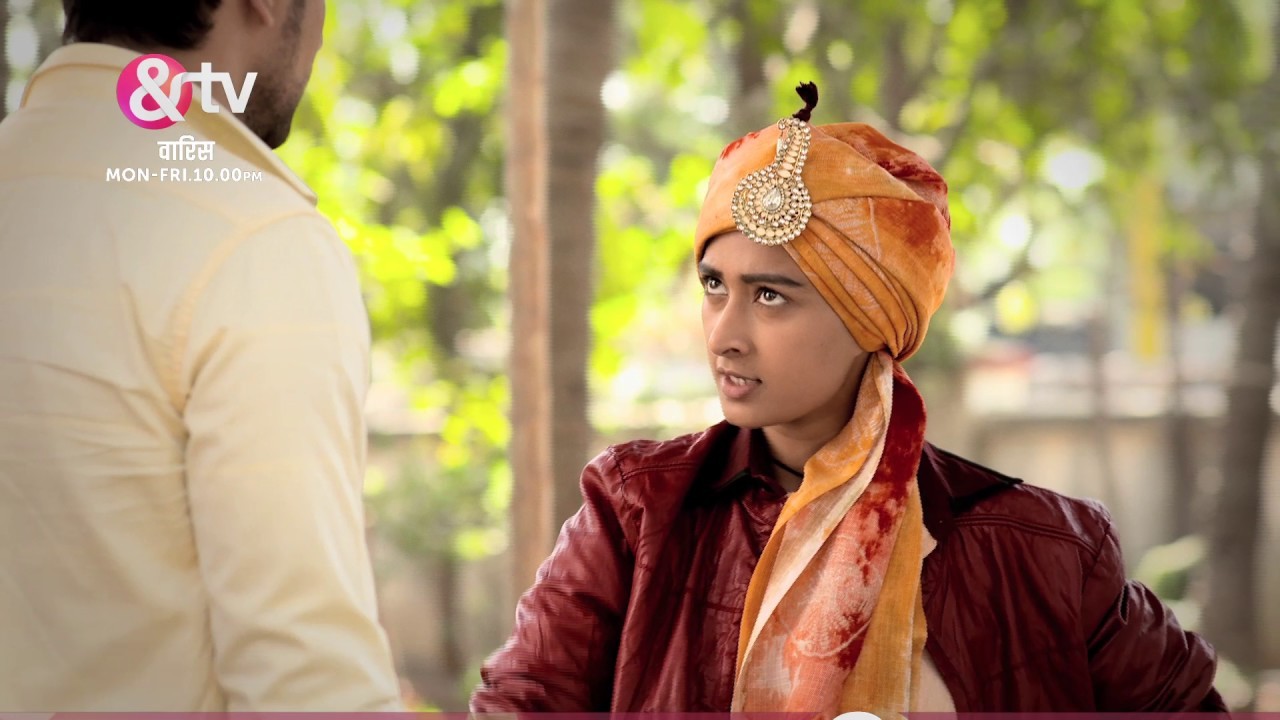 The episode starts as Mannu argues with Rajveer. Rajveer says I think you are not a man, you are a fraud. Rajveer argues and starts leaving. Gunjan comes. Rajveer says sorry to hold coconut, I held it so that Abshagun does not happen. He goes. Gunjan jokes Mannu’s Roka happened with Rajveer. Mannu says I sat in your place for Amba’s respect, I want to make Rajveer leave, just sit back and wait, Rajveer is going to show preparations to Amba, but his computer should work.

Rajveer says I have a presentation ready in a laptop, I will just show. He checks laptop and says maybe there is some problem. He sees battery missing and checks. Amba gets angry and says truth is you did not prepare anything, its about my daughter’s marriage, leave from here.

Rajveer sees Babli laughing and signing Mannu. He says the laptop is not working, but I have it in mind, permit me to say. Jagan asks him to come. Rajveer says please, you can kick me out, give me a chance to give the presentation. Amba and Jagan allow him. Rajveer explains to them. He uses vegetables and decorates on the table to show the set. Raavi praises him. Jagan asks will you be able to manage there. Rajveer says this is just trailer.

Amba says its good, I like your style, but there should be nothing less. Rajveer goes to Mannu and says you wanted me to leave from home, it happens as Lord wants. He taunts Mannu for troubling him. Mannu says I will get your laptop repaired. Rajveer says you are so sweet. He calls Babli and says such a lovely girl. She confronts Babli. She asks Mannu to do justice as he is Shah. Mannu asks her not to trouble guests and apologize. Babli apologizes. Rajveer says it’s fine, go and study.

Mannu says Babli is kid, forget it, we will be friends from today. Rajveer says fine, friends, have this gift. Mannu gets current. Rajveer laughs. Rajveer says you like playing games, same to same, we will have fun. He goes. Mannu says it’s my promise, Amba will kick you out of the home. 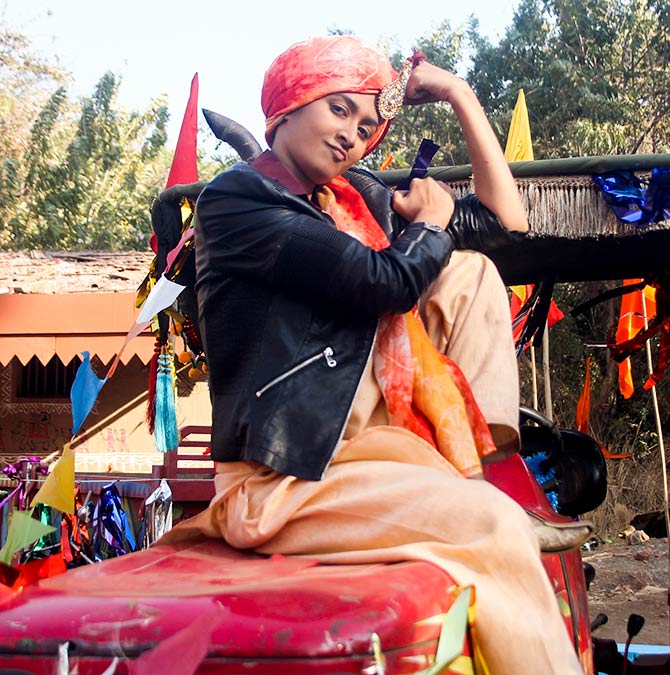 Its morning, Rajveer sits working in the room and sings. Mannu, Gunjan, and Babli see him. Mannu has a similar file and thinks Amba will not like it. Rajveer shows file to Amba for decor reference, what new things we can do, I got photos to make you select.

Amba sees the file. Rajveer says I have done much planning about clothes too, Gunjan will look fairy wearing such a dress. Amba sees short dresses pics and asks are you joking. He says yes. Amba gets angry and asks will I make my daughter wear this in marriage.

Mannu and Gunjan smile. Jagan gets shocked seeing pics. Amba asks is this your planning. Rajveer checks and says sorry, maybe I got any other file by mistake, don’t know how did this happen. Amba says get out, you won’t change, this is not your city where such shameless jokes go on. Jagan asks Rajveer to leave. Rajveer sees Mannu and goes.

Rajveer packs his bag. He sees Mannu and asks why do you look sad. Mannu says you are going, I m feeling bad. Rajveer says I m thinking not to go, you have become my best friend, you changed the file, I changed plan, I will come back, you will get me back. Mannu says you dream a lot. Rajveer says I m sure you will come, you don’t know who I’m. Gunjan and Mannu are happy. Gunjan hugs Mannu and says great, you made Rajveer leave. Mannu asks Sukhi to destroy the magazines, from where they took girl’s pics.

Gunjan says find some way to postpone marriage. Mohini asks a man to give two letters to Amba and Pahuja. She asks him not to make mistakes Harjeet says Chillies are showing effect. She says I don’t like to lose, especially to Amba.

He asks what’s your plan. She says Amba is preparing for marriage, if Amba gets Pahuja’s letter that he wants marriage to be done in a simple way, it will be good, Pahuja will get Amba’s letter, it will be written Amba wants to do simple marriage, as they have many loans over them. Harjeet says its good. Amba asks Pahuja to come home and talk. She tells Mannu that Pahuja is coming to talk something imp, all arrangements should be done. Mannu says wedding planner is not there now. Amba says so what, you all manage, I have found other wedding planner, Pahuja has sent a letter and asked for simple marriage, its easy right. Mannu says yes.

Sukhi goes and throws the bag in trees. He sees bag back in the jeep and pinches himself. He thinks it dream. He throws the bag again. He comes home. He hears someone saying, where are you leaving me, you are sinner, you have torn me. Rajveer hides and teases him. Sukhi sees the bag in the jeep back. He says Mannu did this. Rajveer says what, do one thing, take me home and burn to get peace for me. Sukhi says fine, I will burn you, don’t do anything. The Heir 7 September 2019 Update – Zee World Series

Raavi says Rajveer was good guy, he celebrated Holi function well, don’t know why he did cheap thing. Mannu sees Sukhi getting the bag. Mannu thinks if anyone sees magazines, we will be trapped. Sukhi keeps magazines to burn. Mannu says what are you doing, I told you to throw magazines out. Sukhi says the magazine is coming after me, I have to burn it. Mannu says mummy will know we did this to make Rajveer run, don’t burn it at home. They get shocked seeing Amba.

Rajveer comes back and says you all played the game with me, such cheap planning against me, is this justice, I m simple, poor wedding planner, I had a dream to earn name, but they broke my dreams, I worked hard, I would not work so hard even in my own marriage. Sukhi says fine, why did you come back. Rajveer says how could I forget my small thing, even that’s valuable to me, my shorts. He takes it. Sukhi says you have no manners. Amba says now you have come, get back to work.

Rajveer says sorry, I can’t do this work, I did not know Shah Ji hates me and can do such cheap thing, I don’t want to come between you and your son, I respect you and regard you mum, your real son is Mannu. Amba says fine, as you wish. Rajveer says fine, and plays song Tadap Tadap Ke……. He does drama and sees everyone. He goes.

Amba says you don’t want this marriage to happen on time. Mannu says no, Gunjan does not want this marriage. Amba says enough, what Gunjan wants and does not, I don’t care, I know what’s right for her, I m her mum, my decision is final, Gunjan will marry Aman anyhow, you will do all marriage arrangements. Rajveer smiles and says Mannu got trapped, Mannu will ask my help, I will find my Soniyo. More Update Coming…