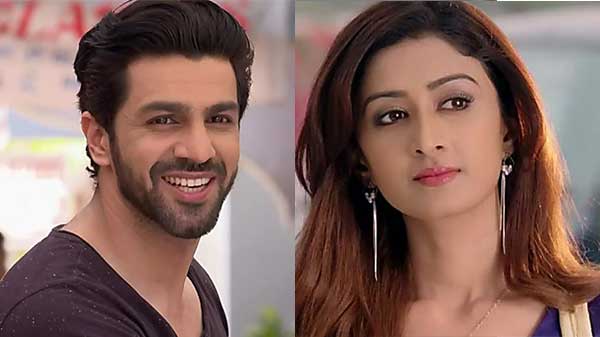 Another Hot and Exciting series from popukar Zee World comes this June. Its going to be interesting and exciting for #ZeeWorld lovers.

The new series is The Heir. View the full story, plot summary of the height here

The Heir: Where it’s too dangerous and deadly to be a girl. Coming up in its first month.

Sunday 9 June 2019 – Episode 1
Amba, the wife of a village head, is pregnant. Her family hope that this time, she will give birth to the heir; a boy who will carry on ruling after his father.

Monday 10 June 2019 – Episode 2
Harjeet, an enemy of the Pawanias, sets the Pawania fields on fire. This sets anger in Jagan, leading to a fight between the Bajwas and the Pawanias. Charan ends up paying a hefty price for his brother’s sins.

Tuesday 11 June 2019 – Episode 3
While fighting to keep her husband’s legacy, Amba goes into labour. It is announced to the village that she has given birth to a boy.

Wednesday 12 June 2019 – Episode 4
Jagan questions the gender of the baby. He sets out to expose Amba in her actions.

Thursday 13 June 2019 – Episode 5
Jagan is sure that Amba gave birth to a girl and he is set on finding out the truth. Amba tries to escape but her mother-in-law keeps a close eye on her.

Friday 14 June 2019 – Episode 6
Amba is extremely nervous about the reveal of the leader, her secret will be out. Jagan is convinced that Amba’s brother is helping her to deceive the family.

Saturday 15 June 2019 – Episode 7
Mannu is presented to the village as the new head. Deema finds out that Amba has been feeding Mannu goats milk instead of nursing him. Deema then gets a wet nurse to feed Mannu. Jagan and Raavi take extreme measures to get rid of Mannu.

Sunday 16 June 2019 – Episode 8
Jagan disagrees with the way Amba leads the village. Her thoughtful ways do not match up to his sinister expectations.

Monday 17 June 2019 – Episode 9
Swaroop sends Amrit to pass a message to Jagan. Upon arrival, Amrit tries to give him the good news. Instead of listening, he shows his true colours by trying to take advantage of Amrit.

Thursday 20 June 2019 – Episode 12
Deema brings a string to put around Mannu’s waist. Amba is scared that she will find out about Mannu’s gender but she cannot do anything as Jagan holds her back. What will Amba do if Deema finds out?

Friday 21 June 2019 – Episode 13
It’s seven years later and Mannu has grown up to live as a 7-year-old boy. Jagan keeps insulting Amba, accusing the village of not progressing due to being led by a female.

Saturday 22 June 2019 – Episode 14
Raavi tells Jagan that she knows Manu’s weakness and if they play there cards right they’ll get rid of him. Manu tries to compel Amba into sending her to school. Swaroop makes sure that Jagan knows about her thirst for revenge.

Sunday 23 June 2019 – Episode 15
Amba stands before the village council to plead for her daughter to have access to further education, how will Jagan feel about her wanting to change ancient ways?

Monday 24 June 2019 – Episode 16
Mannu manages to convince Amba to let her to go to school, she worries that the secret she has kept for so long might be revealed.

Tuesday 25 June 2019 – Episode 17
Manu returns from school very upset and without saying a word she walks away. Raman helps Simran after two girls in the same class try to dishonour her. Jagan tries to get Manu kidnapped.

Wednesday 26 June 2019 – Episode 18
Amba manages to convince Manu to go back to school, where she meets Raj. Jagan tries to kidnap Mannu right under Veeru’s nose.

Thursday 27 June 2019 – Episode 19
Veeru spots the same man that tried to fool both him and Manu the previous day. Manu enters the school obstacle course and race and Amba is worried about her safety.

Friday 28 June 2019 – Episode 20
Manu reveals what he would have asked for, had he won the race. Raavi and Jagan finally get there wish as Amba gets told Veeru can’t enter the school anymore. Just when it looked like Manu was done for, there is a new twist to the story.

Saturday 29 June 2019 – Episode 21
After a close call, Amba has to remind Manpreet that she cannot go to the school bathroom, for fear that she will be discovered.

Sunday 30 June 2019 – Episode 22
Raavi tries to manipulate almost everyones minds into the idea of getting Simran married. Deena challenges Amba and whoever wins the challenge gets full control of manu’s upbringing. Will Amba accept this challenge?

The Heir Premiere episodes will be airing on Zee World from Mondays to Sundays at 20h00.