Manisha asks Karan what he is doping to her, he asks about what she means but then she says that he at first wanted to drug her but then he sent the waiter to her and made her drink a spiked drink, she say that she thought that the waiter was her but the she gets quiet.

Prithvi s widely looking for Manisha, Sherlin also joins him who says that Manisha is in the washroom, he asks if she checked in the right manner, because if she says the truth then they will lose everything.

Preeta says that she feels really and that they planned a lot for this and now Karan is alone, Shrishti asks them to not worry as Karan already has the help, Rishab is also tensed.

Karan is trying to question Manisha asking her about the name of her boyfriend but she goes to sleep, he tricks her by saying that Rithwick came and when she gets up, he hears someone knocking from the inside of the wardrobe, he goes to check it.

Karan goes to open the wardrobe, it is locked he searches for the key, Manisha gets up, Karan starts to question her , he ask on whose orders is she doing it, she starts to say, he brings the phone after this she starts to hit it and it falls.

Phone goes black, he again pulls her up asking her, she says s that he has done wrong, he gets angry and she says that she was said to lie in the court and to make his image fall, he says that he knows this and asks her, she then falls but after this he gets up and says thinks that he cannot get anything back without proof and if he succeeds then all of his fame will come back.

He thinks that he will bring everyone and then they will record.
Rishab and Everyone are looking for Karan, Shrishti comes running and says that he has checked all the washrooms.

Sameer cracks a joke after this they starts to fight, Rishab asks him to stop as they are talking about Karan, Sherlin listens to what they plan and that want Manisha to tell the truth. Rakhi comes hurriedly and is about to take Preeta, they all question, she says that Karina fells and she must come, Preeta leaves with them, Mahesh also takes Rishab and everyone else.

Sherlin calls Prithvi and when he comes, she tells him everything they both plan to find Manisha hurriedly. Preeta comes and makes her feet feel better, she then asks Shrishti to take her place and leaves with Karan and Rishab to go to Manisha, she when gets outside explains that they will come back but now must go to Manisha.

She says that he must go and bring the medicine because Janki must have it before she eats anything, he tries to make excuse but Dadi forces him to look into Janki’s eyes and then leave for bringing the medicine, he takes the prescription from her hands and leaves.

Everyone enters the room, Manisha is not there, they all gets shocked,. Preeta asks where Manisha’s is because he said that she was in this room, they check the room but are unable to find her, he says that she was just here and Rishab says that he must not have left.

Karan gets angry and starts to yell that he was right and did everything according the plan, they all listen to him, Preeta calm him down, he says sorry to everyone, Sameer goes to look in the hall but is unable to fine her, Prithvi follows them and starts to, listen, Karan says that she was telling something when she was drugged, he says that she might have run away, Prithvi sees the wardrobe which is open, he wonders what happened and if they all now know of Rithwick. This Is Fate 10 May 2019 Update

He says that she was saying some words that were not complete, Prithvi wonders if both Rithwick and Manisha left, Preeta says that they must leave and find Manisha as she would not have gone that far away.

Someone is trying to make Manisha come out of being drugged, she stars to yell but it is rithwick and then she start to yell after that he asks why she left him and what she waste with Karan, she recognizes him and then after getting well hugs him. This Is Fate 10 May 2019 Update.

More Update on This Is Fate 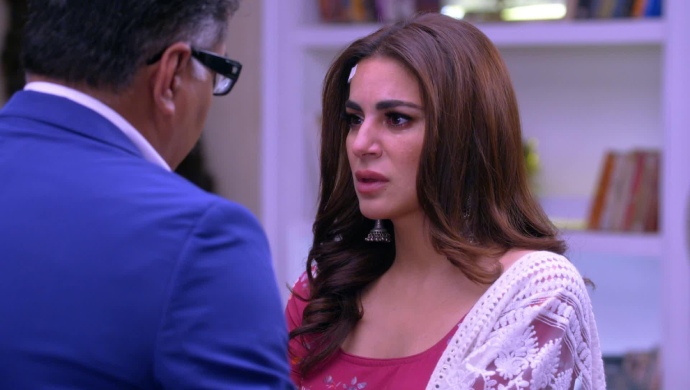 This Is Fate 2 June 2019 Update On Zee World Series