Abhi stood in the window of his room and recalls whatever Pragya said while he was unconscious. He wonders if she really said so, of if he was imagining. He wonders what if it was all real.

Pragya lay in bed with Kiara and cries while thinking about Abhi’s promises. She decides that Abhi was unconscious and hadn’t heard anything she said to him. Pragya was thinking about waking Abhi up in morning times and how he used to frown. She looks towards Kiara and smiles that her daughter is exactly like them.

Neha calls Tarun and asks where he had been yesterday. He says he went with his mother and couldn’t come over. They plan a meet up in a restaurant and were excited. Twist of Fate 10 May 2019 Update

Abhi was leaving for office. Disha says the doctor had forbidden him to work. Abhi asks if she really thinks Tannu will stop him from leaving home. Disha only stares Abhi with a smile. Abhi asks if she now claims to bring Pragya in, he isn’t afraid of Pragya as well. Disha teases that she didn’t take Pragya’s name, Abhi brought her in.

Downstairs in the hall, Mitali wasn’t ready to let Neha meet Tarun alone while the family advocated Neha. Abhi comes there and tells Mitali he is also going with Neha, this way Mitali’s reservations would be addressed while Neha can also meet Tarun. Mitali leaves the table, Neha thanks Abhi. Abhi tells Neha that she and Tarun are lovers, she can’t let them suffer.

Twist of Fate 10 May 2019 Update – Zee World
There, Tarun asks Chachi to let him meet Neha. Chachi wasn’t ready to allow him as well. Pragya seconds Chachi and offers to go with him. Tarun says even she isn’t coming over alone. Pragya wonders who can it be, she wish its not Tannu or Aaliya.

Neha and Abhi reached the restaurant. Tarun’s car stops by. Pragya was busy with a call. Neha and Tarun come to hug each other but Abhi forbids them to do any such act before marriage. He has a glance over Pragya coming from behind. Both walk towards each other sharing smiles.

Neha and Tarun now stood silently while Abhi was headed towards Pragya. Neha asks if Abhi didn’t have to go to office. Abhi says since the weather isn’t favorable, he has decided to stay now.

Neha and Tarun go inside to book a table. Abhi and Pragya were happy that they met each other. Both wanted to speak, then argue giving each other the chance. The waiter takes their attention to go inside, their tables are reserved.

Inside, Tarun and Neha decide to give Abhi and Pragya some time alone. Pragya allows them to sit on the separate table and convince Abhi that they must want sometime alone.

A waiter comes to take the order, both record each other’s orders verbally, knowing each other’s likes. After the waiter had gone, Abhi asks Pragya what she said to him in the kitchen while he was suffocating from smoke. Pragya asks if he doesn’t remember. Abhi says he wish to hear it once again, with an eye to eye contact.

In the office, Aaliya hits someone and her file drops. It was King who holds her file. Aaliya blames him of stalking her and always being irresponsible. He behaves like monkeys, at least be a human. King says he takes care of women as he respects them. Aaliya corrects that there is a woman who takes care of him instead. King thinks about Pragya and tells Aaliya not everyone is like her, there are responsible girls like Pragya as well.

Aaliya was curt over this and replies only those who are unlucky and irresponsible himself actually. King boasts of being lucky as Pragya is there to take care of him. Aaliya is actually unlucky, she has no one to take care of herself in a huge house.

Abhi asks Pragya if she can’t say this again. Pragya asks if he doesn’t remember anything. Abhi claims to remember it, he is just checking if Pragya remembers or not. He asks her to be straightforward, if she loves him or not? Pragya says his condition had worsened… he began to hallucinate things. She never said she loves him, she couldn’t.

Abhi was annoyed and dishearten. He asks the waiter to bring his bill, Pragya asks to pack the food and decides to leave.

The waiter brings the bills. Abhi didn’t remember his PIN. Pragya asks to try and was successful. Abhi was shocked and asks how she guessed it. Pragya says most people select an easy password, but Abhi is different and would never select passwords like 1234. Her first guess was Dadi’s birthday. Abhi remembers Kiara also said similar thing to him once and compares Pragya with his doll.

Pragya scolds Abhi as when he married her there was Tannu. Now he is married to Tannu and keeps a doll. Abhi tells Pragya about Kiara and says he always wished to have a daughter like Kiara. He notices Pragya was emotional and says if they had stayed with each other, they must have a daughter. He discuss with Pragya that once he got stuck with Kiara in a lift, the light was off.

He was fearful but Kiara was able to turn the torch of his cell phone on. He inquired how she guessed his PIN and she replied him similarly. When Kiara is with him, he doesn’t wish her to return. He asks Pragya if she also wished for a daughter like Kiara. Pragya says she hasn’t yet met Kiara, how can she say that? Abhi asks if Pragya wants to meet her. Pragya was shocked and looked around. Twist of Fate 10 May 2019 Update – Zee World 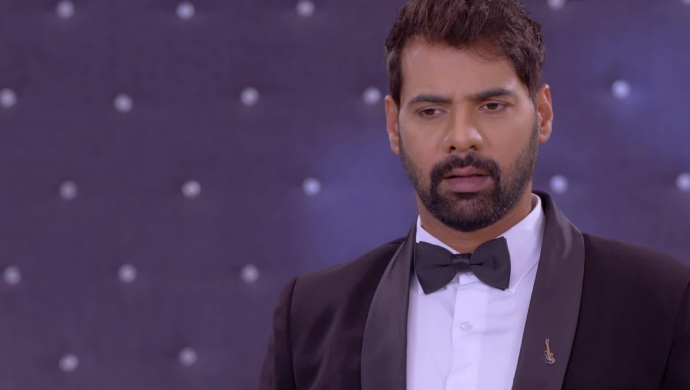