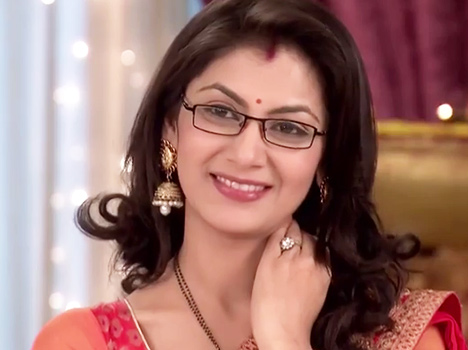 Twist of Fate 14 June 2019 episode starts with Aaliya asking him to tell her what is happening here? King asks do you want to say that I know the kidnapper? Aaliya says yes. Aaliya says I know the people and tells that both Tanu and Abhi and Purab, but Tanu always hurts Abhi and Pragya, but she never hurt Disha and Purab.

King asks why are you telling me? Aaliya says because your love is like Tanu and you can do anything to get your love. King says have you gone mad? Aaliya says if I had gone mad then would have answered you with my pagal panti. King says Pragya and Kiara were my family, but that doesn’t mean that I will snatch someone’s else family. He says Kiara is his princess.

Aaliya says Kiara is my brother’s daughter. King says nobody told me about Kiara and I came to know about her from TV. He says her memories don’t let me live or die. He says you might have felt the pain of losing someone and says I love my princess and wants to see her smiling. Aaliya says sorry and says we all are so much worried for Kiara. King asks for a hug and hugs her. She hugs him to pacify him.

Aaliyah asks him to have water and handle himself. She goes. King says I am handling myself and that’s why lost her again. He says Pragya and Kiara will go with me. He wipes off his tears. Shanky and Nikhil knock on the door.

Pragya asks him to open the door. Shetty asks him to move from the way and says he will break the door. Abhi is on the way to haveli and going by walk. He thinks haveli is still far. Purab reaches there and asks Abhi to sit. Shetty breaks the door. Kiara hugs Pragya and says I want to meet you. Nikhil and Shanky come there and take Kiara from Pragya.

Shetty tries to fight with masked Nikhil. Shanky takes Kiara from Pragya. Nikhil beats Shetty. Pragya pleads infront of nikhil’s goon to leave Kiara. Nikhil makes Shetty falls down from the stairs and beats him badly. Pragya is shocked. Nikhil pushes Shetty on a stone and he gets severely injured.

Kiara shouts angel uncle. Nikhil scolds Shetty and asks why did you do this. He asks Pragya why she came without money. He tells Shetty that he should have been loyal to him and says you will be punished for betraying me. He kicks on his body. Kiara shouts angel uncle and cries. Nikhil asks did you see the demo and says same thing will happen with your daughter. 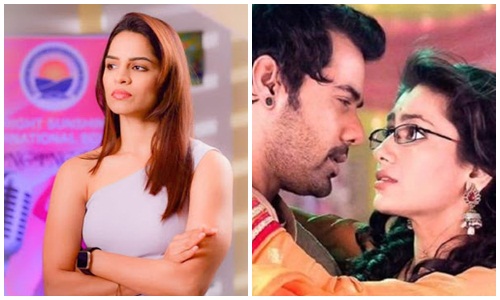 Pragya asks him not to take Kiara and tries to get her, but the goons pushes Pragya and she falls down with wooden logs on her. Abhi says we will reach soon. Abhi and Purab are coming in the car. Rocky asks Nikhil to make Kiara unconscious with chloroform.

Nikhil makes her unconscious. Abhi sees the traffic jam and don’t see Kiara in Nikhil’s car next to his car. Abhi gets down from his car and says he will see traffic. Nikhil asks Rocky to trash all the traffic and drive faster. Rocky says Police is behind us. Nikhil says there is no time for argument. Abhi stops the argument of the two people fighting on road. They sit in their car. Abhi comes back to his car, but don’t see Nikhil on the driver seat of the car.

Abhi, Purab and Disha come to the haveli and call Pragya. Abhi, Purab and Disha reach haveli and call Pragya. Pragya is stuck with the wooden logs on her. Abhi asks where are you? Pragya gains consciousness and calls him. Abhi hears her voice and says I am here. Purab sees Shetty and asks who is he? Twist of Fate 14 June 2019 Update On Zee World Series

Pragya says he is a good man and called me to give Kiara, but kidnapper came there and…Purab says he is alive. Nikhil takes Kiara somewhere and says if you try to elope then I will kill your mummy. He says you saw how I killed John and asks her not to make him anger. Kiara says no. Nikhil asks his men to tie her. Kiara cries. Nikhil says Shetty was good, but I killed him. He tells Shanky and Rocky not to betray him if they want to be alive else he will kill them. Pragya tells Abhi that if Shetty gains consciousness then he will tell her. Abhi asks do you know about him. Pragya says he is a good man and called her as he couldn’t see Kiara’s tears.

He says if kidnappers kidnap you then? Pragya says I came to get her. Abhi asks why you didn’t tell me and says I am worried for her equally. He says why you think that I am keeping my ego and says he wants her safety. Pragya says sorry and says I can’t see your pain. Abhi asks her to promise that she will not go alone. Pragya promises that she will not hide anything from him. Abhi hopes Shetty gains consciousness. Pragya thinks don’t know who is the kidnapper.

Shetty getting treatment in the hospital, but he is still critical. Disha says he has to gain consciousness and tell us about Kiara. She says don’t know how is she and cries hugging Purab. Purab asks her to have strength and tells that they will get Disha. Everyone is praying at home. Aaliya asks Servant about what is happening. Servant says Dadi kept mata chowki for Kiara.

Aaliyah says Kiara will not be found like this. Sunny holds her hand and says if we all pray then God will send Kiara home. Aaliya gets emotional and nods her head. She sits for mata ki chowki. Jai ambe maa plays….Kiara thinks how to elope from there. Goons hear the noise when her chair gets pulled.

Kiara pretends to be sleeping. Goons go out to check. Kiara writes something on the chair and runs out of
the kidnappers’ place. She comes to the secluded place, or say Jungle area. She manages to come to road and asks God to help her. She calls Pragya. Pragya picks the call and says hello. Kiara says mamma, but they don’t hear each other. Pragya throws her phone on floor. Kiara sits on road and cries. Pragya asks God to bring her back.

Kiara tells herself that she can’t cry and have to become like her Papa. He calls Pragya again. Pragya picks the call and asks where are you? Kiara says I am on the road alone. Goons come back and saw Kiara eloped. They say what we will tell Bhai. Nikhil comes there and sees stupid, bad uncle written on the chair by kiara. He slaps the goons.

Pragya thinks how to search them. Kiara sees a car and sits in the car Decky. Nikhil sees the Decky closing and asks his goons to catch her, but the man drives the car. Nikhil and his goon follow the car and aim the gun at the man. Man gets shocked. Nikhil asks his goon to bring Kiara. They check the decky, but Kiara is not there. Twist of Fate 14 June 2019 Update

This Week On Mehek June 2019: Shaurya Transfers His Property to Mehek's Name To Show His Undying Love