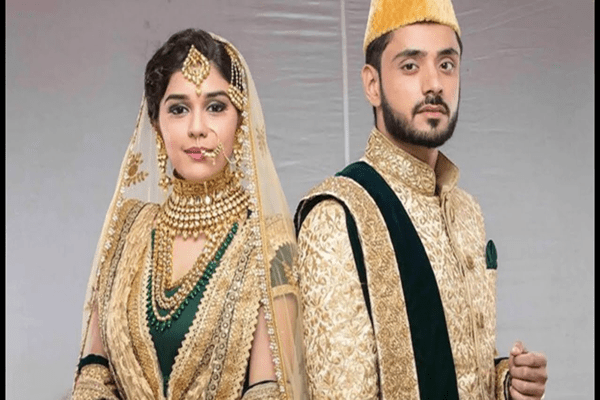 Shahbaz shoots Zara in the stomach and leaves from there. Kabir is waiting for Zara inside the garden. He comes out and sees a truck hit the car in which Zara is lying. He runs behind it but the truck drives the car away and throws it from the cliff. Kabir runs there and sees a blast happening and car burning completely. He shouts for Zara but people stop him from jumping. Kabir falls down crying.

Salma gets up a call and is shocked.In the morning, everyone comes to the cliff site and asks Kabir where is Zara? Shahbaz smirks. Kabir shows Zara’s burnt car. Inspector says we are searching for the body in the jungle. An officer says we can’t find her body due to burning. Salma and others cry. Kabir is in shock.Zara’s prayer is going on. Ruksaar says I have kept this prayer for Zara.

Shahbaz says my son wanted to marry her but it was not in fate, we got to know that her body was burned to pieces so we couldn’t bury her. Kabir sadly leaves from there. Kabir is walking on the road and recalls how Zara said that she loves him more than the stars in the sky. Zindagi plays as Kabir recalls their moments together.After Some Time:A man is hiding in the jungle. Inspector arrives there and asks his officer to call Johnny, we need him for bomb disposal. In the jungle, Kabir offers prayers and prays that he has no wish to live and he will come to his Zara soon.

Kabir’s outlook is changed as well. He hears the inspector calling Johnny. Kabir goes to the inspector. Inspector says I knew Johnny wouldn’t take safety. Kabir goes to find the bomb, the inspector asks him to be careful, you don’t love your life but we pray that nothing happens to you. Kabir finds the bomb and puts a foot on it, he thinks I am coming to Zara. The inspector shouts at him to not step on the mine but crushes it before it can blast.

Another mine blast and Kabir falls away. He wakes up and sees his partner dying, Kabir shouts that God why didn’t you take me, I wanted to die.Kabir comes to the mosque and washes his face. He prays in dargah and recalls his moments with Zara and how she said that until he is with her, nobody can touch her. He sadly sits there and imagines Zara, Zara asks him to wipe his tears. Kabir says I try so hard to come to you but God is not calling me to you, my everything is with you, I will keep trying to die and come to you, once I die then I will be with you and our love will be completed, soon I will be with you.. he faints. The priest takes him from there.

Doctor checks Kabir. The doctor tells him to be careful. Kids joke that the bomb is scared of him. Doctor asks him to not play with death, he leaves.

Shahbaz meets the head priest. The head priest says that congrats for your new position. Ruksaar comes there and says he will be a good leader, Ruksaar says head priest you have to have lunch with us. They all sit for the lunch, Shahbaz says Ruksaar is running the house as Ayesha did. The head priest says everything is good here but Kabir is missing. Shahbaz looks on. Zara’s Nikah Update 28th January 2021 Zee World

Kabir is working in the dargah. The priest asks him to take care of his life, I will pray for your peace. Kabir says God is not accepting my prayers so play for me.Irfan asks Salma that she needs to take care of herself, your BP is low, you should forget about that incident.

Goon shouts that there is mine there Zara, you will die, go and die Zara. Kabir hears it and wakes up, he recalls Zara’s death and shouts Zara!! Goons try to stop him but Kabir pushes them away and runs from there. He goes behind that girl and lifts her in his arms before she can step on the mine, mine blasts but Kabir saves her.