In tonight’s episode of Kundali Bhagya, Sherlyn accuses Preeta of stealing an expensive necklace from the Luthra house. The police decide to inspect the Luthra house first and arrest Preeta if they find the necklace there. When they reach home Sarla apologizes to Karan who is wearing the Sehra and doesn’t respond. Preeta asks him to say something but Karan doesn’t respond. Sammy takes Karan away and they decide to free Preeta from these accusations.

In the next episode, Preeta is in the room with Karan who is still wearing the Sehra. Preeta thinks she is speaking to Prithvi and asks him the reason for his silence. She says everyone else in the room said they support Preeta. However, he still hasn’t spoken a word. Preeta demands to know if Prithvi agrees with Sherlyn or not. Karan is hiding behind the Sehra and doesn’t speak. Will his whole plan be exposed? 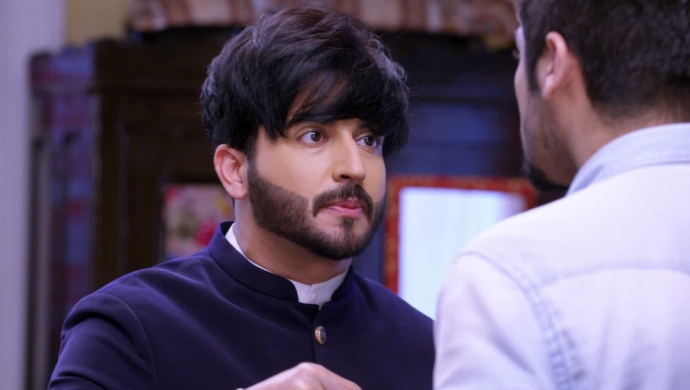 Preeta asks her husband if he supports her. Karan is about to comfort Preeta but stops because he doesn’t want to be nice to her. Kareena tells Sherlyn’s mom that she is happy that Preeta is marrying Prithvi. She was afraid that Preeta would try to marry Karan after Rishabh went with Sherlyn.

Preeta and her family come home with the police. Sarla apologizes to Karan for the wedding getting stopped. Karan doesn’t respond to her. Sherlyn doesn’t let anyone from Preeta’s family leave the house. Preeta asks Prithvi to respond to Sherlyn. Sammy takes Karan away before people ask him any more questions. 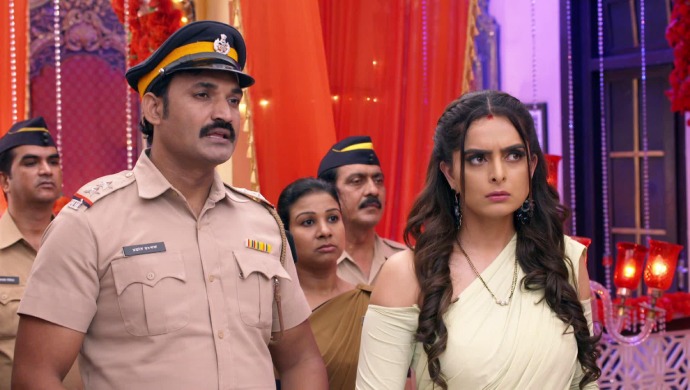 Karan removes the Sehra in the room. He tells Sammy that Sherlyn knows his entire plan. He also thinks that Sherlyn if her because she is in love with Prithvi and doesn’t want him to marry Preeta. He tells Sammy to go home and see if the necklace is missing. If it is missing he wants to make sure Preeta doesn’t get arrested for robbing it.

Srishti and Biji are happy that Sherlyn stopped the wedding. However, they are unhappy with Sherlyn trying to arrest Preeta. Srishti even tells Preeta that Prithvi was constantly getting calls from Sherlyn asking him to stop the wedding. Will Preeta realize something is on between Sherlyn and Prithvi?