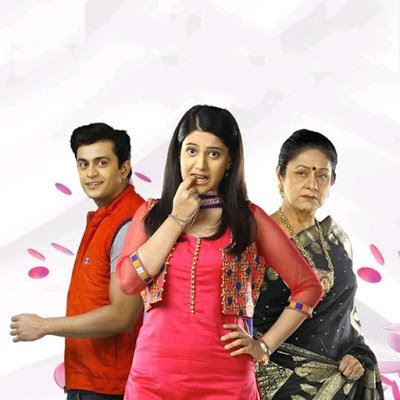 Lady Luck 27 November 2019 Zee World Update – Vasundhara asks Latha and Devars to get ready for Haldi celebration and to call Maan. People start coming in. Latha goes to call Maan but does not find him in his room. She reminisces Maan telling he will marry only his selected girl and gets worried that he must have changed his decision.

She goes down and informs Vasundhara that Maan is not in his room. Vasundhara asks devar to call Maan. He tries and says Maan’s phone is not reachable. Suman murmurs it is good Maan eloped, else he would have caught in Shukla family’s trap. surbhi asks her to stop murmuring.

Latha asks Surbhi to call Suarabh and check. Devar says if Maan does not come on time, what will they tell Shukla, family. Rajender enters just then with Dhara and Janaki and asks what problem. Vasundhara says nothing important.

Surbhi touches Janaki’s feet and Janaki blesses her. Suman asks Surbhi to touch her softly as her daughter is bought up in palace. Vasundhara and devars feel embarrassed. Vasundhara asks Suman to go and bring something. Dhara asks where is damadji Maan.

Latha says he is taking bath. Rajender says they want to perform haldi first on Maan and will wait until he comes. Latha calls Maan’s friends and does not find him with them. Rajender gets restless and asks to call damadji. Latha informs her husband that Maan is found no where and tells Rajender that Maan left for office. He says he did not see him out. She says car was parked backside and Maan is very workaholic.

Janaki applies haldi on Surbhi followed by Dhara and Vasundhara’s family members. Rajender says he will leave now. Devar thanks Rajender for understanding their situation. Rajender takes out letter and says Bhoomi has sent Maan a letter. Vasundhara asks to give it to her. Suman snatches it and drops in haldi bowl by mistake. She immerses it in haldi by mistake and says letter got haldi instead of Maan.

Vasundhara says maybe it is not in the fate of children to meet before marriage. Rajender says they will meet after marriage, no issues. Dhara says Janaki something is wrong, else why Maan would not attend his haldi. Rajender says he must have got some important work and takes them from there. Vasundhara asks Latha where is Maan and says he is misusing her leniance. Latha swears that she does not know.

Vasundhara says Maan insulted her if he does not attend tomorrow’s function, what will she say guests. Devar asks to leave it to him, he will speak to Maan. Bhoomi gets ready after haldi and thinks she should forget Maan. Maan thinks he will meet Bhoomi once at any cost.

Bhoomi gets ready after haldi ceremony and imagines Ansh in mirror. She gets conscious hearing mobile ring and gets tensed seeing Ansh’s name. She picks call and Ansh asks her to come and meet him in 30 minutes, else he will fall from the cliff. She thinks she loves Ansh and will have to save him.

Varun and Avni are busy decorating home for marriage. Bhoomi silently walks out and gets into auto before Rajender who is traveling in taxi could see him. Rajender enters home with Dhara and Janaki. Shanti asks if they met mom. Dhara says Maan did not meet him and had gone to office. Bijender says how can he go to office on haldi. Daadaji says he must have got some important work.

Surbhi with Suman video chats with her friend Rahul who says she broke his heart and marrying someone else. Suman says Surbhi is weird and is marrying some weird man. Surbhi says her choice is good. Rahul says he has sent a diamond studded watch as gift and was planning honeymoon in Paris.

Suman gets excited. Surbhi messages Varun where will he take her to honeymoon. Varun calls her back and she asks if they are going to Paris for honeymoon.

Bhoomi reaches place where Ansh called her and worriedly shouts his name from cliff and gets worried. He comes from behind and touches her shoulder. She moves ahead to hug him but stops. He says he knew she will definitely come as she loves him and came here in fear of losing him. He says he did this drama to know how much she loves him and he got his answer, he wants to hear from her mouth that she loves him.

She pushes him and says she does not love him and came here to just save him. He says she is lying. She says she does not love him and does not want to see his face, says when he does not care about his life or other’s feelings, why will she love him. She cannot risk her family’s dignity because of him and asks him to leave her alone and not try to call him again. She walks and thinks she loves him, but has to do for her family, loves does not mean only to stay together and they both should forget each other.

Dhara comes to Bhoomi’s room and does not find her. She checks her in bathroom and does not find her even there. She asks Avni where is Bhoomi. She says she must be in her room. Dhara says where did she go after haldi without informing anyone. She informs Bijender and others that Bhoomi is not in her room. He asks where did she go then. Janaki asks Avni if she had beauty parlor appointment.

Avni says her appointment is tomorrow. Bijender calls Bhoomi, but she does not pick call as she is engrasped in thoughts and walking silently. Varun comes back and asks why they are all tensed and after knowing bhoomi is missing asks them to relax as she must be stuck in some work and will be back. Daadaji says she should pick phone at least. Varun thinks she must have gone to meet that boy. Lady Luck 27 November 2019 Zee World Update

Bhoomi reaches home. Dhara asks where had she been. Daadi asks why is her eyes swollen with tears. Bhoomi says she went to meet her friend as her friend loves someone and her family has fixed her marriage somewhere else, so she went to her frriend’s house to console her.

Daadi says parents must have thought well and fixed marriage and asks he to tell her friend not to disobey her parents. She asks to go and wash her face.

Janaki sees Dhara crying and asks what happened to her. She says nothing is going right and she is worried about Bhoomi. Janaki says she must be nervous about marriage. Dhara says Bhoomi was crying. Janaki says Bhoomi is very emotional and sheds tears even with slightest issue.

Latha informs bhabhi maa and family that Maan has not reached home. Suman taunts what if Maan does not come back. Bhabhi asks to stop her rubbish. Maan’s dad says he will search for Maan in all his friend’s place. Bhabhi maa gets Shanti’s call and she gets tensed.

Vasundhara gets Shanti’s call who asks how as haldi ritual. Vasundhara says it went well. Shanti asks when did Maan come home. Vasundhara says in the evening. Shanti invites her with family, especially Maan for sangeet ceremony. Vasundhara agrees and cuts call saying she is busy now. She asks Inder to get Maan back at any cost.

Shanti tells her family that Vasundhara is coming with Maan tomorrow and asks everyone to go and rest. Rajender tells Bhoomi that he could not give her letter to Maan as Suman dropped it in haldi bowl. Bhoomi asks which letter. Varun hears that and diverts Rajender’s attention by asking if he brought his sherwani. Rajender says he had to bring it. Varun says he forgot.

Once Rajender leaves, Bhoomi asks what letter tauji was talking about. Varun says he sent a letter to Maan that she cannot marry. She asks why did he do that. He says he cannot see her suffering. She says her family is important to her and she cannot ruin their happiness. He asks then why did she go to meet Ansh. She says she went and told him not to interfere in her life again and asks Varun to let the things go as they are.

Vasundhara calls Inder and asks if he found Maan. He says he searched everywhere, but did not find him. Maan is seen inebriated on road with alcohol bottle reminiscing Bhoomi’s words and shouting. Bhoomi on her bed cries remembering Ansh/Maan. Maan gets into car and starts his car.

Inder and Agram reach home back sadly. Vasundhara says he did not come whole night, so they should inform police. Latha starts crying. Vasundhara asks her to stop crying. She asks Suman to tell all guests that there is no sangeet tomorrow. Suman says all arrangements have been made and caterers and decorators have already been booked. Vasundhara says without Maan, she will not perform sangeet and asks to give money to everyone and send them.

Murli sees arrangements and praises his son for arranging everything so well. Shanti asks Bhoomi to have food. Varun feeds her. Shanti asks her to have it from brother as he will not be present with her from tomorrow.

Surbhi tries to leave house with Suman trying to stop her. Vasundhara sees them and ask where are they going. Suman says Surbhi is going to Ujjain for sangeet celebration. Vasundhara asks her to get in and says without maan nobody will go there. Suman yells that bhabhi maa will not send them anywhere without maan.

Surbhi gets a call and thinks Varun has called, but it is Rahul instead. She says her sangeet is not happening and she is sad. He says he will get her sangeet and will convince badi maa. She gets happy. Suman says Rahul can do anything for her, but not Varun. He says even Varun would so the same.

Bhoomi’s sangeet ceremony starts. Shanti’s friend praises her for getting all her 3 grandchildren married in 3 months. Shanti says it is fate and says especially bhoomi’s fate is written with silver pen. Maan on the other side wakes up in park and thinks he cannot go home after making such a big mistake. Lady Luck 27 November 2019