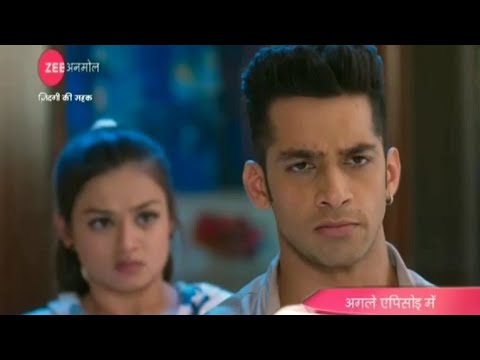 Mehek 4 November 2019 Update begins when Coach calls Mahek. Shaurya’s thugs call him and say we are coming in 5 minutes. Some thugs come and kidnap mahek. They put her on the car. Mahek screams. Coach hears. Sajita says what happened to Mahek? Shaurya says I didn’t ask them to take Mahek. The thugs hit Mahek on head and she faints. Shaurya friends come and say sorry we are late.

SAjita says where is Mahek? Swati says in nightclub. Please don’t worry ma. Sajita says i don’t trust that shaurya at all. If anything happens to her you will be responsible. Shaurya sits in his car and looks for Mahek. The thugs touch mahek. Shaurya sees them. They are drinking. Shaurya stops his car in front of theirs. He says let the girl go. He says she is our night party. We wont let her go.

Coach comes to party. The guards don’t let him in. He shoves them and goes in. Guard says you can’t go in. Coach sees mahek’s phone outside. Coach calls Swati and says I am going to police station.

The thugs surround Shaurya. He sees fainted Mahek. One of them touches her wrongly. Shaurya picks a hockey and starts beating them. The other thugs put out gun and says I will shoot you. All the thugs stop Shauyra. Mahek opens eyes. She sees Shaurya fighting them for her. She screams shaurya.. She hits the thug next to her. He shoots.

The thugs hit Shaurya. Mahek sees flashback. She shoves the thug. He shoots. Swati says to inspector please write report. He says she must be drunk while partying. She will come when she is fine. Swati calls Khurana. Inspector says sorry we will take an action.

Mahek hits the thugs. Police comes and arrests them. Coach comes. He takes Mahek with him. Mahek says I can’t leave him alone. he isn’t well. Coach takes her.

Shaurya comes her. Sweeti says now he is doing dangal on raods. Rashmi says what did you do shaurya. Dadi calls doctor.

Sajita says Mahek you knew you we wrong. Look at the dress you are wearing. You have no shame. What if something happened to you. Mahek hugs her and says I am sorry. She says shaurya helped me. Coach says you were in that trouble because of him. Sajita says you will never talk to him again. Coach says decide today that me or shaurya. Mahek says what are you saying. You are my guur. He says if you want shaurya I will leave this house. She says you. He says shauyra shouldn’t be seen near you.

Rashmi asks Shaurya who is that girl? I know you are doing something wrong and your dad is asking you to do it. I know you wont do anything wrong. Promise me you wont hurt anyone. Yuvraj comes and says don’t annoy him. Bring him haldi and milk. Shaurya tells yuvraj what happened. He says what if something happened to her? Yuvraj says don’t worry about her. He says women are slipper of your foot. Shaurya recalls what rashmi said. Shaurya recalls his moments with her.

Mahek sees Shaurya says no matter what world says I trust you. I know you wont hurt me ever. He says I wont. Mahek hugs him. He says go before coach comes. Mahek kisses his cheek. He is shocked. Shaurya says coach is coming. He hides. Mahek leaves.

Mehek 4 November 2019 Update ends when Shaurya does boxing practice. He recalls what mahek said. He recalls what rashmi and yuvraj said. He says what is happening to me. What am I thinking. I have to seek revenge.