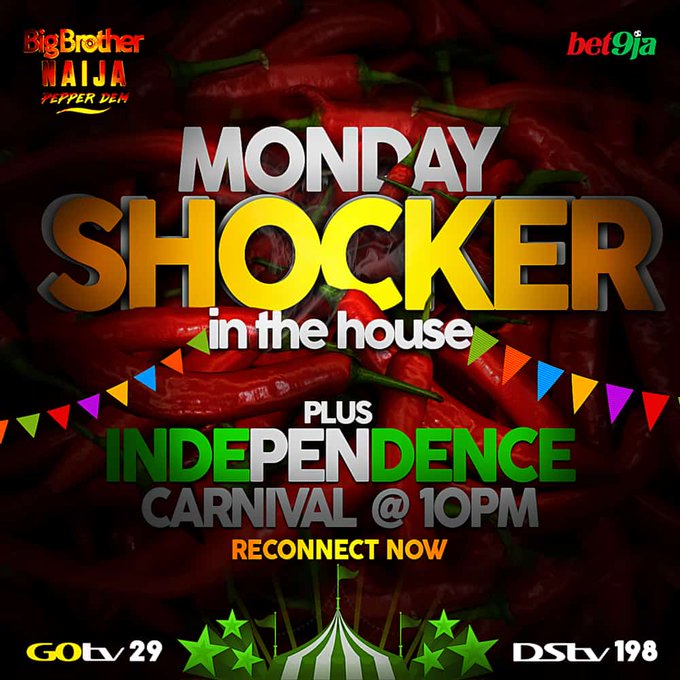 The twists in Big Brother Naija (BBNaija) “Pepper Dem” edition appears not to be over as the organisers have announced that there will be a ‘Monday shocker’ in the house.

According to report, there will be a carnival ahead of Nigeria’s 59th Independence Day Anniversary on Tuesday, October 1.

Even though the details of the Monday shocker are not clear to viewers of the reality show, they have been advised to stay glued to their television sets on Monday night.

You think the twists are over? 🤨
You don’t want to miss this one, so stay tuned on @DStvNg Channel 198 and @GOtvNg Channel 29.#BBNaija https://t.co/4cHCj0BQLa pic.twitter.com/CAxi7C350V

Recall that Biggie earlier revealed that he would give away all furniture such as beds, lounge chairs, refrigerator, dining table set, TV, Head of House chair and more in the “Pepper Dem” House and N1m cash to lucky DStv and GOtv customers from Monday, 23 September, till Sunday, 29 September. 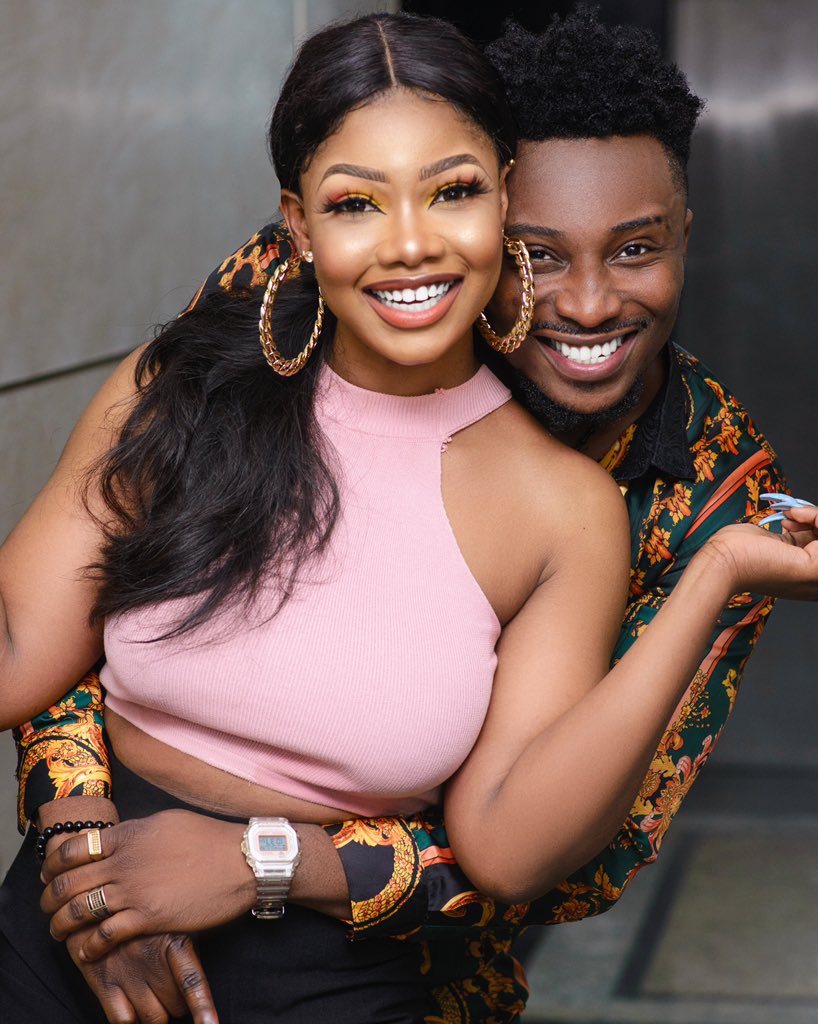 Sir Dee Opens up On Romantic Relationship With Tacha 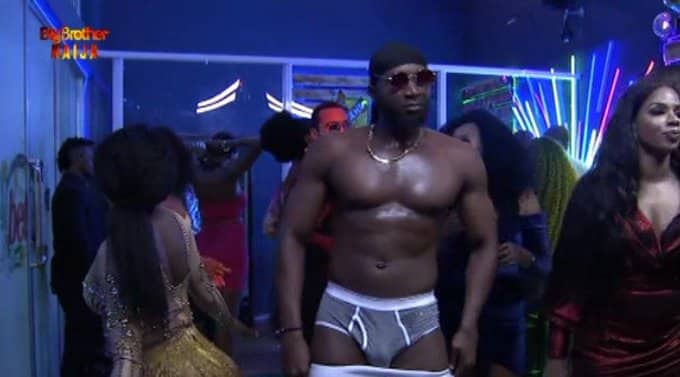