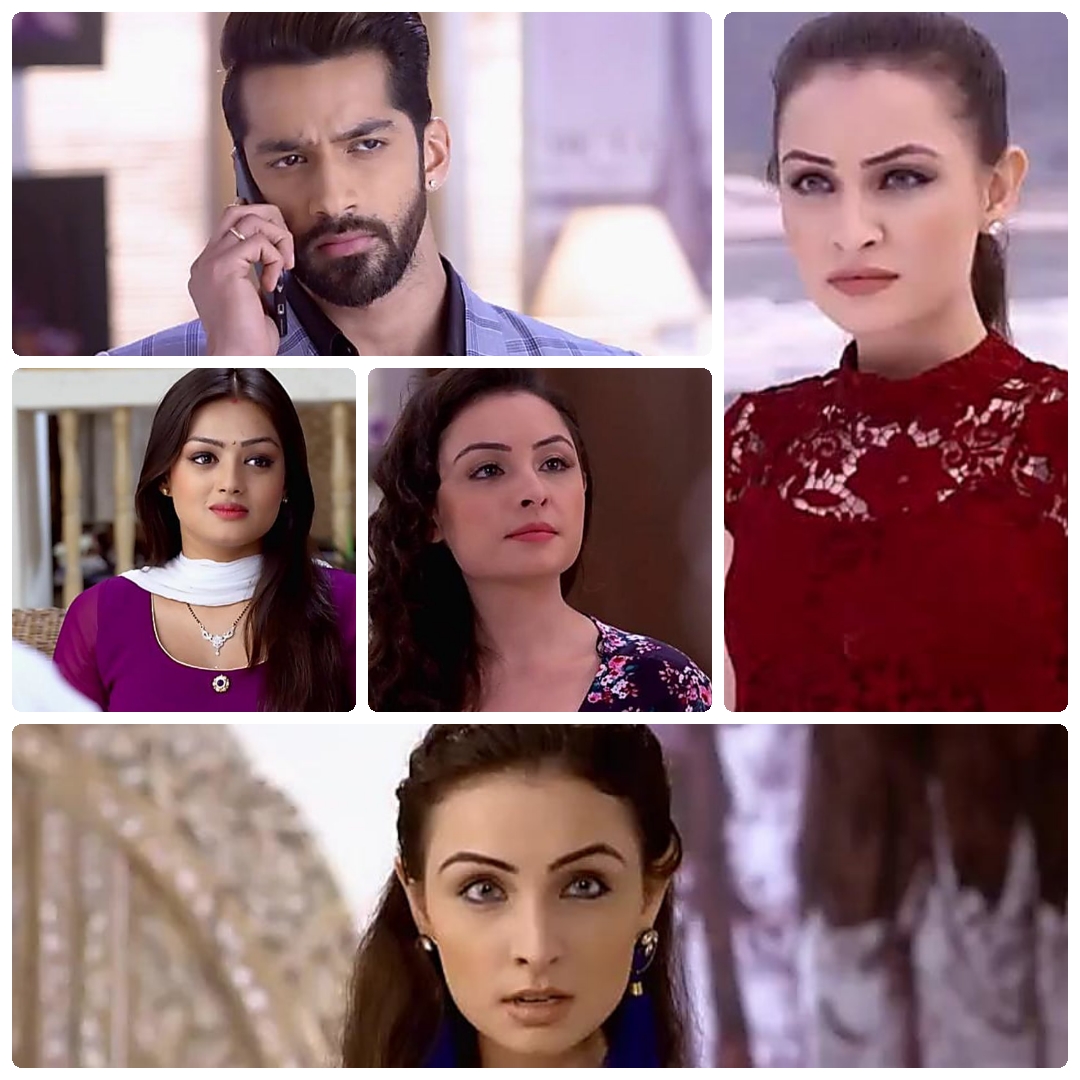 This August 2019 on Mehek, Vandana surfaces as Mehek’s lookalike suffering from a memory loss and a new villain Archie strives to marry Shaurya…

Currently, in the series, Mehek and Shaurya are striving hard to get their properties back from Ajay and Nikita. Both of them will almost succeed in their plan but Ajay kidnaps Mehak and threatens to kill her, Shaurya saves Mehak and they try to restart their life with each other. They also get their properties back. Shaurya decides to take Mehak to Hrishikesh for their honeymoon.

They both become one and thus consummated their marriage in a beautiful way, however fate takes a drastic turn by separating Mehak from Shaurya because of the evil and insecure “Archie”. On their honeymoon in Rishikesh, Mehek witnesses a murder committed by Archie. (She kills her boyfriend and buries him).

When Archie sees that Mehek is a witness to the crime she committed, she attacks Mehek and drowns her in the river. Mehek is presumed dead in the drowning accident. The story takes a dramatic one year leap in the city of Haridwar where Mehak’s lives the life of her look-alike ” Vandana”.

When compared to Mehak, Vandana will be very different in look. She will be a middle class lady who would be married with a four years old son. Mehak has lose her memory and lives the life of a village girl named Vandana… While Shaurya considers her dead. He decides to get married to the very same evil Archie who drown Mehek.

Shaurya isn’t aware of Archie’s evil deeds since she comforted Shaurya after Mehek was announced to be publicly dead. Mehek AKA Vandana will soon return to Delhi and meet Shaurya once again but she will face big trouble because of her presumed husband ” Mandar ” who is very evil.

After Mehek lost her memory and started leading a completely new life been Mandar’s wife, she has always been tortured by him. Mehek is dead to the world and no one knows that she is actually alive and is now leading a new life being someone else’s wife. However, Mehek is facing a lot of difficulties as Mandar is a tyrant and misbehaves with her. Mandar has kept Mehek like a caged bird and does not give her any freedom.

Moreover, Mahek has become a mother to Mandar’s little son named Neev and she is extremely attached to Neev. Shaurya returns to the village where Mehek now lives and the two of them cross paths several times but they are unable to meet. However, Destiny will soon bring Mehek and Shaurya face to face once again as Mandar’s father gets invited to sing at Vicky’s wedding with Nehal (finally! 😃).

Mandar’s father wants Mehek and Neev to accompany him to Delhi where he will sing at the wedding. However, before Mehek and Neev can escape, Mandar catches Mehek and brings her back to the house. Mandar tortures both Mehek and Neev for trying to escape. Mehek will make another attempt to escape from the house but she will get caught by Mandar again.

Finally, Mehek AKA ( Vandana) and Shaurya meet at the family function but the veil on her face hides her. However, the real Vandana’s murder mystery is unveiled. Vandana’s husband, Mandar had killed her and in order to save his skin, he swapped Vandana with Mehek at the same hospital where they both got admitted through the help of a devious nurse.

Thus, Mehek is taken home by Mandar whereas Shaurya assumes Vandana’s dead body to be of Mehek. When Shaurya sees Mehak and claims her to be his wife, Vandana refuses to owe to her memory loss, Meanwhile, Vandana’s husband Mandhaar tries his best to keep her away from Shaurya. And Shaurya tries his level best to bring Mehek’s memory back, and eventually, he does.

nd so Shaurya and Mehek try all possible ways to get back at Archie. They fool Archie, making her believe that she is possessed after killing her boyfriend. Shaurya and his family will ask Archie to visit a witch doctor who will be none other but Mehek in her disguise avatar.

However, in a shocking development, Archie will realize that it is Mehek who is in the garb of the witch doctor. Thus, she will play tricks by throwing Chilli powder on everyone’s face. She will later abduct and take Mehek along with her to a construction site. Both Archie and Mehek will get into a catfight and eventually Mehek will push her hard leaving Achie scarred. This accident will lead to Archie on a death bed.

The couples may finally get their happy ending, or maybe not as more drama unfolds.