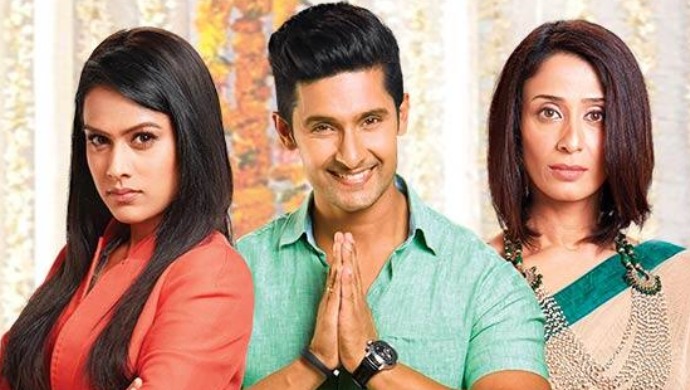 The episode starts with DD and Sid following fake passport maker in the car. Rajveer on the other side ties Roshni and tells soon he will kill her and Kritika. He calls Kritika and asks if she got the money. She says yes and says she cannot believe they will have their own house now.

He says he is eagerly waiting for her and asks her to come to his said spot. Goon calls him and says he is near his place in auto and needs money. Rajveer asks how did he come out. He says he escaped from police. Rajveer says police freed him to reach him, so he should go back. He asks the auto driver to take U-turn. DD asks Sid to take a u-turn, but he says Rajveer must have asked him to go back, so they should move ahead. The reach a fort and Sid asks DD to wait outside while he goes in.

Roshni frees herself and tries to run with Rajveer’s men following her. Sid searches Roshni everywhere. Roshni sees DD and calls her, but just then Rajveer catches her. Sid hears DD calling Roshni and comes in. Rajveer points gun on Roshni’s forehead. DD asks to leave her daughter. He says he will kill them both. He is about to shoot when Sid jumps from the wall and starts beating him and his goons. He beats Rajveer ruthlessly like a dog. He then gets busy beating goons when Rajveer captures Roshni again and tries to move. Goons push DD and she hits the wall and falls unconscious.

Rajveer takes Roshni to the top floor and asks Sid to stop, else he will kill Roshni. Sid asks if he is a male, he should come and fight with him instead of hiding behind a woman. Kritika also reaches there.

DD holds the gun and asks Rajveer to leave her daughter, else she will shoot. He says she is a weak woman and is not courageous to shoot him. She says she is a mother and will do anything for her children. She shoots Rajveer and he falls down on the ground, but Roshni slips and holds the wall. Sid reaches on time and pulls her back. Kritika comes and panics seeing her husband dead on the floor.

Police reach the spot and ask who killed him. Kritika says DD killed Rajveer. Inspector asks is it true. Sid says she shot Rajveer, but if she had not, Rajveer would have killed Roshni. Kritika says he is lying, they all did not like her husband from the beginning and killed him. Roshni tries to console her, but she pushes her. Sid gets her up. Inspector asks constable to handcuff DD. DD apologizes to Kritika, but she tries to strangulate her. Inspector rescues DD and takes her from there. King of Hearts 20 July 2019 Update

Raj fumes on Simran and Simran asks the matter. Raj says coz of Simran, Kritika will suffer. Raj tells Simran, Rajbeer is dead. Beeji-Simran is shocked. Beeji wonders what will happen now. Raj says big mess, dunno anything. Raj says at this moment, Kritika needs them and only Simran can handle her. Raj says have to go to police station coz DD is under arrest. Simran asks why is DD arrested. Raj says coz DD killed Rajbeer. Raj walks off and Simran collapses.

Nani is worried and says what is going on. She is scared and crying and worried about DD. Roshni calms her. Nani worries that hope DD doesn’t have to go behind bars. Raj comes and says not to worry. He says DD fired the bullet to save Roshni. He asks Roshni not to worry. Raj and lawyer meet the cop. Raj says there is no case here.

DD fired the bullet in self-defense, so in this condition, this is not a case. He tells his lawyer too. Police says no one has registered an FIR so we are forwarding to the public prosecutor. The lawyer asks Raj-DD not to worry and says all evidence is in DD’s favour. He asks Raj to take DD and go and he will complete the formalities. Roshni hugs DD. DD apologizes to Raj and says din think that this will happen but the way Rajbeer was about to push Roshni off, I was lost for options. Dunno if I can face Kritika.

Raj says dunno what’s right or wrong but does know you’re not wrong. Any mother would do this. Raj says the day Kritika realizes she was living with a monster who was a danger for her and her family, all will be well. Raj asks DD not to worry about Kritika. Raj asks Roshni to proceed home. He says today activity will end so better go home and think, this too shall pass. Raj says tomorrow will be better than today, much better. Nani thanks Raj. They leave.

Kritika is in tears and looks at Rajbeers body. She breaks down. Sid is with her. Simran arrives with Beeji. Simran comes running to Kritika and they are both in tears. Kritika points at Sid and says they killed Rajbeer, first I lost my childhood than my hubby. Hosp assistants come and say here to take the body for post mortem.

Kritika says what’s the use. Rajbeer has been shot. Sid asks assistants to take the body and they can handle Kritika. Kritika slaps Sid and says what did you handle, what. You only care about Roshni. Kritika says you have become BEST JAMAI, by killing my Rajbeer. You ruined my life. Kritika stops Assistants from taking Rajbeers body but Simran holds her as assistants wheel Rajbeers body away. Kritika runs behind them and Simran follows. Sid breaks down.

DD is crying and rues that she killed a human being. Nani tells DD that looking back will hurt her. She asks DD to calm down. Sam comes to DD and says am with you. Know well that DD can’t do any wrong. Rajbeer deserved it. He ruined my life and played with Kritikas life. He has ruined relations between both families. Whatever DD did was for justice. It was right. Roshni brings food for DD. DD says we need to meet Kritika and I need to apologize to her. All are taken aback.

Simran is in tears as she comes out to Kritikas room. Simran tells Raj that Kritika slept with a lot of difficulties. Raj says all will be well with time but the hurt is too deep. Time is the best healer. Raj says maybe God showed this day coz he thinks our daughter deserves better. Beeji tells Simran that whatever happened is not coz of DD or Roshni. All was coz of Rajbeers deeds. Beeji says thank god that our daughter is safe. Simran says this is Roshni’s side of the story. What is true or not, who knows. Beeji asks Simran if she thinks Roshni is lying and Rajbeer is faultless.

Beeji tells Simran that ‘marne wale se bachane wala bada hota hai’ … and that’s Roshni for us. Try and convince Kritika. Simran says if Rajbeer had been alive, could have consoled her saying what’s right or what’s wrong but now that Rajbeer is not alive, what to tell her. She lost her all. Simran rues what was the need to kill Rajbeer. Why did DD do all this? Raj asks Simran to put herself in DDs place if she would have let the killer end her daughter’s life. Sid too tries to explain.

He says truth is Kritika is saved from the demon called Rajbeer. She has to understand that it was Rajbeers mistake. He deserved what happened to him. I did have killed him if it were me instead of DD. Sid says despite all this we need to pray for Rajbeers soul. Sid asks Simran to keep calm. He hugs her. The door is open and Kritika hears everything.

It’s late in the night. Nani is about to leave and Nani says feeling something bad is going to happen. So many problems have been going on and suddenly all this. DD tells Nani to take care while traveling and return after Reshams delivery. DD-Roshni hug Nani and Nani tell Roshni to take care of everything at her in-law’s place.

Yash offers to drop her at the station but Nani says will manage. She hugs Sam. Roshni thanks Yash and he says am with you always. Roshni apologizes to Yash for past and he says understand. You are getting late, proceed. Roshni hugs Sam and is leaving but is shocked to see Cops outside her flat. Cops say have an arrest warrant against DD. All are shocked. Roshni asks who lodged the complaint. The cop says Kritika.